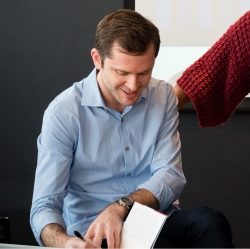 Reporting Back on the First Set of Side Hustle Workshops

When I started Side Hustle School, the main commitment was the daily podcast, which is still going strong 60+ episodes in. People are responding to it very well, and I’m having fun. Yay!

But I don’t do small very well, so in addition to the daily show, there’s also a traveling workshop series and an upcoming book. I recently completed the first set of workshops and I learned a lot.

Here are a few reflections based on stops in four cities: Vancouver, Seattle, Portland, and Phoenix. Read More 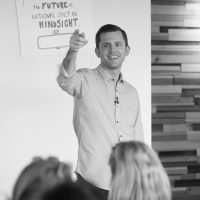 Live from the Road: Born for This in Victoria, Canada

Earlier this year I went on the road to meet readers in 30 cities across the U.S. and Canada. At each stop, I talked with interesting people and heard a lot of stories.

This short film was produced by my hosts in Victoria, Canada. They captured the event very well, especially the audience engagement and connection. Read More 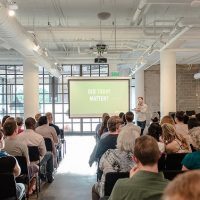 books, born for this, speaking, tour

Whenever I give a talk for the first time, I’m very nervous. Like a lot of internal struggles, I don’t think the goal is to pretend the nervousness doesn’t exist. It’s a talk, also known as public speaking, also known as the #1 fear for a majority of the population. If you’re not nervous at all, you're probably not treating it with the attention it deserves.

If it’s a new talk or a one-off, something that I prepared entirely for a specific experience and won’t repeat again, I spend at least several hours beforehand thinking about it. Behind the stage, or in the nearby stairwell, or around the block outside the venue, I’ll pace and look at my notes and think through what I’m going to say over and over. Read More 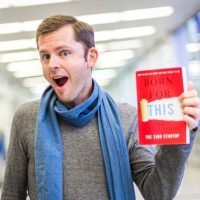 books, born for this, on the road, tour

Greetings from Denver! Weeks II and III of the Born for This tour are coming to an end, and it’s been a great experience overall.

For the most part, it’s been a non-stop experience. At one point I did 14 days in a row with only one day off from events or travel or both (usually both, since I typically do an event in the evening and then travel to the next city the following day). Oddly enough, I only felt tired on the rare days of rest or during periods of lesser intensity. Maybe the lesson is: when you’re going non-stop, don’t stop. 😃 Read More 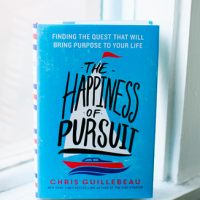 Hey, Everyone: The Book Is Out! I’m On the Road!

The day has come! Live from New York City, I'm somewhat happy incredibly thrilled to publish my new book, The Happiness of Pursuit. This book represents the culmination of a ten-year odyssey to every country in the world—but it doesn't end there. As I approached the end of the journey, I spent two additional years researching and interviewing other people who have undertaken a quest. 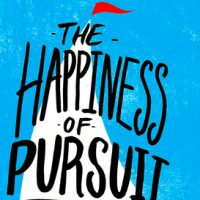 Announcing The Happiness of Pursuit (and please, join us!)

*** Update: You can now order the book! *** Order from Amazon Order from BN.com Order from iBooks Order from a Local Bookstore Greetings, all! Big news today. I’d like to officially unveil my new book, The Happiness of Pursuit. In this post you can learn more about it, read a FREE excerpt, sign up… 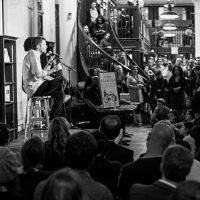 Over the past few years, I've hosted more than 100 events with readers in eight countries. There is no “author school” where one learns to do these things—it's very much been a make-it-up-as-I-go process.

I've also received a lot of questions from other authors, aspiring authors, musicians, artists, and other readers who like the idea of taking their show on the road.

In this (long!) post I'll share a few stories, highlights, and lessons learned from the past three years of coordinating and hosting book events. I hope something here will be helpful to anyone who hopes to reach more people with their message. 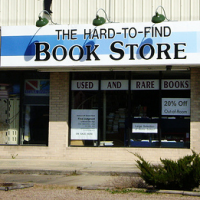 There are few things more awkward than sitting in a bookstore by yourself with a row of empty chairs in front of you. As people approach, you hope they're coming to say hi ... until they head to the Gardening section. Other people walk by with bags that look like they might contain cupcakes, and your heart lifts for a brief moment ...