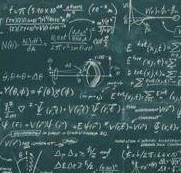 My experience in higher education was unusual and erratic. I eventually earned a master’s degree in International Studies, but long before that I was a high-school dropout.

One thing I haven’t talked about much is that I’ve never been able to learn higher math: algebra, geometry, calculus, or anything of the sort. It’s not for lack of trying, or at least it wasn’t for a while. (I have zero interest in trying to learn it these days.)

No, I tried and I just couldn’t learn. I tried over and over and it never got any easier. In the U.S. educational system, I failed to progress beyond seventh or eighth grade level math. I’m not sure what the equivalent is elsewhere, but for me I could understand the very elementary principles of algebra and geometry but nothing beyond that.

Lots of people tried to help. I read books and went to study groups. But no matter what I did, it didn’t sink in.

Granted, some of my high school years were spent burning down houses and avoiding any sort of higher learning, so let’s fast forward a bit. The year is now 1997 and I was trying to graduate from university. I had snuck into the system through community college, and I had all the classes I needed except the basic math requirement. My degree was in sociology, which thankfully didn’t require much in the way of advanced math, but it did require something.

In my last quarter before graduation I went to a community college to take that very simple math class. Most of my fellow students met the profile of people who didn’t qualify for or couldn’t afford a “real” college. They were overworked, often with multiple part-time jobs, and many of them had young children with no easy access to child care. In other words, despite my dropout status, I was relatively privileged.

At that point I also had social skills and the early beginnings of leadership ability, so I put that forward as my only strength. I asked questions in class and generally tried to show I was paying attention. When we had to do group work, I organized and spoke for the group—or as a halfway decent leader, I tried to draw out others in the group and highlight their contributions.

Still, this strategy kept me at the front of the pack for only two weeks. Once we started learning anything besides extremely remedial math, I fell behind. I could organize a study session and bring coffee for my fellow study group members, but there was no hiding the fact that I was the one in need of tutoring. The car mechanic and the single mom tried to explain formulas to me. I pretended to understand because it was embarrassing to be so clueless.

This being community college, it’s hard to fail as long as you put in an effort, and I certainly did that much. I don’t remember my grade but if it was anything higher than a C, I’m sure I didn’t deserve it.

This theme continued a year later, when I was in grad school and had to take a statistics class. Here’s how I described the experience in an earlier post about my qualifications:

My first quarter in grad school I had to prove competency in statistics by passing a course. This was a disaster from start to finish. Imagine being thrown into a classroom where every word is foreign to you. Sink or swim, right? There’s actually another strategy: just tread water. My strategy was: show up to every class and never be late. I sat in the front row and asked meaningless questions to demonstrate I was paying attention. (“Could you repeat that last part?” “What would happen if you switched those two numbers around?” “Oh, I see. That’s interesting.”)

On the day of the final exam I looked at the paper and understood virtually none of the questions. I wrote gibberish on the front side and drew an arrow to indicate something on the reverse side. On that side I composed a list of “Top 10 Things I Learned During Statistics Class.” I made sure a few of them actually related to assigned materials, even if I didn’t understand them.

I somehow received a B- and placed a thank-you gift of coffee beans outside the professor’s door. Then I dropped out of the program, but that’s another story.

Why do I tell you all of this? If you’re still reading, I assume it’s either out of amusement or because you too struggle with math.

I recently read a book, The Spy Who Couldn’t Spell, that tells the story of an American spy. The spy, Brian Regan, was both ingenious and inept. He had a Top Secret clearance and had buried thousands of pages of classified intelligence in Tupperware containers throughout the woods of Maryland and Virginia, all in a failed attempt to extract millions of dollars in payments from foreign governments.

I’ll spare you the whole story (it’s a great book!) but one part of solving the crime relies on a government expert, Daniel Olson, who is called in to help crack the many codes that Regan had set up to protect his espionage from being discovered. And here’s where it gets interesting—not the espionage story itself, but how it relates to our story here:

“Olson didn’t do nearly as badly at school as Regan did, but just as Regan struggled with dyslexia, Olson struggled with what he had come to accept as a severe, even if far narrower, handicap: the inability to do math. If he had sought medical help, he would possibly have received a diagnosis for dyscalculia, a dysfunction of the brain that makes it enormously difficult to perform arithmetic calculations and grasp math concepts.

Although Olson did not share Regan’s problem of being perceived as unintelligent by friends and teachers, his difficulties with math were the source of a deep inadequacy that he felt throughout school and beyond. The last C he ever got in the subject was in third grade; from then on, it was consistently D or worse. It wasn’t that Olson was incapable of mathematical reasoning—he did fine when it came to solving word problems. But numerical operations and formulas and equations—especially polynomial expressions—gave him mental paralysis.”

When I read that passage, my attention perked up and I highlighted it on my Kindle.

Fast forward a bit, and a senior leader notices Olson’s abilities. He’s recruited for a high-level job in Washington, working on important missions that would eventually lead to his being part of catching a spy. There’s just one problem: he’d never finished his bachelor’s degree:

“He couldn’t tell anybody at the FBI why he didn’t have the bachelor’s under his belt yet. He’d failed to clear the required math courses, despite numerous attempts. Transferring from one college to another hadn’t helped. It was only with the help of an educational counselor that Olson managed to complete his undergraduate degree in the three months he had available, earning the math credits from a Savannah college where a particularly kind instructor helped him out with a C.”

When I read that, it sounded very similar to my story—well, except for the part about needing the degree for a job, and except for me being a genius who cracks codes.

The condition that Olson may have had is called dyscalculia, and Wikipedia describes it as follows:

“Dyscalculia is difficulty in learning or comprehending arithmetic, such as difficulty in understanding numbers, learning how to manipulate numbers, and learning facts in mathematics. It is generally seen as a specific developmental disorder.

Dyscalculia can occur in people from across the whole IQ range – often higher than average – along with difficulties with time, measurement, and spatial reasoning. Estimates of the prevalence of dyscalculia range between 3 and 6% of the population. A quarter of children with dyscalculia have ADHD.”

I added the emphasis above. Obviously someone who is a master cryptographer with skills exceeding those of many other highly qualified people is very likely to have high intelligence. Yet this person, and presumably many others, also have this condition that makes mastering math difficult.

I emphasized the last sentence about ADD/ADHD because this is another condition that now receives more attention than it used to, especially among adults. Longtime readers know that I’m diagnosed with ADD. Two years ago I started taking Adderall, which changed my life.

(Update: I’m still taking it, I haven’t increased the dosage, and it still makes life much, much easier. I’m aware that other people are wary of it and I can only speak from my experience. For me, it’s been a huge win.)

Now, before people complain—well, some will complain anyway, but that’s okay—I’m not diagnosing myself with dyscalculia. I also can’t diagnose you with dyscalculia, ADD, or anything else. All I know is that no matter what I did, I could never learn higher math. It wasn’t the teacher. It wasn’t lack of ambition or neglect of study time. And presumably it wasn’t due to general developmental delays, since I’ve managed to do a few other things despite this handicap.

I felt comforted to read this real-world example of someone much smarter than me who’s experienced the same difficulty. If you couldn’t learn math either (or if you’re reading this now and you can’t learn math), maybe it’s not your fault. Instead of trying to overcome it, you should find a way around it. You should focus on other intelligences, especially the ones you’re particularly gifted in. Then, perhaps, you’ll find your true genius.

There’s No School for What You Need to Do

When You’re Stuck in a Hole, Look for Someone to Join You: A Lesson in Empathy