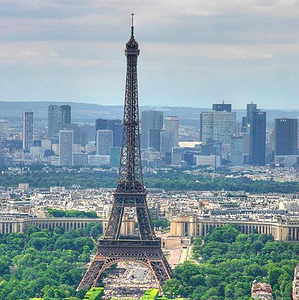 When you first head off to places in the world that are a lot different from where you live, a number of things change. You have to learn to adapt.

I still make a lot of mistakes everywhere I go, but I try to learn from each of them. Here’s a short list of things I wish I knew before I started my routine of extensive overseas travel, especially in countries in Africa, South Asia, Eastern Europe, and Latin America that are not part of the tourist circuit.

1. You can legally buy safe medicine, including prescription drugs, for very little money overseas. When in Africa or Asia, I stock up on anti-malarials that cost $5 a day in Seattle. On location, it’s more like $1 for a 10-day supply.

3. Take a lot of cash with you, and make sure the bills are new and have no writing on them. If you go to a place that accepts credit cards, then you can just redeposit the cash when you get home. It is far worse to end up short of cash with no credit card option.

4. If you do use your credit card, check the online statement at least once a week while traveling to make sure there are no fraudulent charges. Keep all your receipts, especially for large purchases such as hotel stays, and compare the amounts charged when you get back.

5. When you exchange money, hang on to the receipt you get until you’ve left the country. Once in a great while, someone at the airport will want to see proof of all your foreign exchanges.

6. The U.S. dollar is no longer the world’s currency. (In fact, some currency exchange shops will no longer accept dollars!) Travel with a stock of Euros to complement your dollars. The exceptions to this rule include some countries in Africa and Latin America that still use the dollar as their primary currency, and any country that has had a recent war.

7. Hire a taxi outside the airport, not from the guys who approach you inside as you’re walking out. Even better, walk further outside the airport to where the taxis pull in, and you’ll get a better deal because the driver won’t have to pay the entrance fee.

Update: as a few readers mentioned below, there are exceptions to this rule, especially in places like Mexico or Colombia. If you have reason to be concerned about safety, take the official taxi.

8. Never assume that your taxi driver knows where your destination is. Double-check and get him to ask someone before you go if there’s any doubt.

9. The universal rule of taxi haggling, for both driver and passenger, is that once both sides agree on a fare before setting off, neither side can reopen negotiations once you’re en route. You should not try to get a better deal nor should you accept any increase in the fare from the driver after the journey has started.

10. If you have a dispute with a taxi driver and you think you are being taken advantage of, offer to call the police and have them settle it. Many taxi drivers are scared of the police, and often for good reason (see below). If they are being dishonest and you mention the police, they will quickly back down. On the other hand, if they continue to press their claim, they may be right and you’ll need to pay more.

11. The police are not always your friends. Sad but true—in a lot of places in the world, the services of the police are sold to the highest bidder. Therefore, if you can pay them, they may turn out to be your friends… but in other cases, they may actually be the least trustworthy people in the country. Don’t be afraid, just be aware.

12. When you feel pressured beyond your comfort level by someone who tries to follow you, be polite but increasingly firm. Don’t string anyone along out of guilt—tell them you don’t want their help, and move on. If they keep following you, tell them to stop.

14. All plane tickets are changeable no matter what is written on them, and any fees for changing can be waived with the right airline agent. You have a few options for making this happen: a) Hang up and call back to try with someone else, b) Call the Premium Traveler line or ask at an airline lounge, or c) Offer a “tip” at the airline counter (do this at your own risk).

15. Round-the-World tickets are the best bargains for extensive international travel. I use and recommend both the Star Alliance and the OneWorld products. Each have their advantages. SkyTeam also has a Round-the-World product, but it’s not nearly as good as the other two.

16. Most people flying Business Class are not paying full-fare. A high percentage of them on most flights are using awards tickets, special tickets, or have upgraded from Economy. Flying in premium cabins can help you in more ways than just being comfortable on long flights, because the tickets can almost always be changed or refunded without penalty. You’ll also get to hang out in airline lounges and get priority treatment, which may become very useful when you need to get in or out of somewhere fast. First Class is nice too, but the difference between First and Business is rarely as great as the difference between Business and Economy.

17. In some places, buses are better than trains for overland travel… in other places, trains are better than buses. Check out the options before you go to make the best decision for each place.

18. The concept of personal space means very different things in different countries. You kind of have to get used to that.

19. Like it or not, you have to be somewhat tolerant of smoking. There are lots of places in the world that haven’t picked up on the Western anti-smoking crusade. If this is hard for you to accept, you’ll likely be frustrated.

20. Unless you can be very discreet, never take photos of people without asking. Don’t be surprised if they say no, because many cultures are not comfortable with strangers taking photos of them all the time. If they do say yes, you may find yourselves indebted to them for a gift or other favor.

21. Never touch members of the opposite sex. This includes sitting next to them on buses and trains—you’ll often be shuffled around to ensure that you only sit next to people of the same sex, although you’ll also usually be given the best seat.

22. Don’t point your feet at people or touch anyone on the head. In several cultures, this is disrespectful or otherwise inappropriate.

23. Be careful with all hand gestures, including the “thumbs-up” sign and the “a-OK” sign. Both of these are highly provocative in some places.

24. Never make promises you don’t intend to keep. Don’t tell vendors you’ll buy from them tomorrow, don’t offer to help anyone visit your country, don’t say you’ll write to someone later if you won’t really do it, and so on.

25. Most important: don’t be a colonialist. Be careful about calling people “locals.” Don’t assume that your culture is superior. People are not stupid just because they don’t speak English or think like you do.

26. Be prepared to represent your country, whether you care about politics or not. For better or worse, many people will expect you to know a lot about politics in your home country and how governmental decisions in one country affect the lives of people thousands of miles away. Don’t say you’re from Canada unless you really are.

27. Always point out that a government’s actions and the beliefs of an individual (e.g., yourself) are not always the same. Most people understand this and some will even say the same thing without prompting, but it’s usually a good reminder to put forward.

28. No matter who you are talking to, never say anything negative about the government of the country you are in. Many rogue states, from Zimbabwe to Iran to North Korea, employ English-speaking spies who will deliberately try to incite foreign visitors into saying something incriminating. (I’m not making this up. In Guinea I was followed by the Secret Service everywhere I went. A friend of mine went to North Korea and found an extensive tape recording system in his hotel room.)

Lastly, remember that there are not many “undiscovered” places left in the world. Focus on the places that are undiscovered to you and you won’t go wrong.

Obviously, each place you go to will offer unique challenges, but following this list will get you off to a good start. Above all, don’t forget the cardinal rule of traveling—pack light. You really don’t need all the extra stuff.

Do This When You Visit a New Place