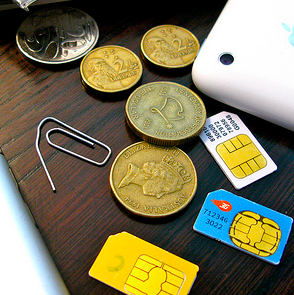 Greetings from Ouagoudougou, winner of the “most awesome city name” contest and also my current stop on the week-long West Africa tour. I came in via Lufthansa, Royal Air Maroc, and Ethiopian Airlines… but more on that in a moment.

I wanted to write a lengthy post outlining a few principles of what I call travel hacking. In short, travel hacking is all about seeing experiencing the world on a limited budget. I’ve been able to visit so many countries over the past decade not by being independently wealthy, but by learning to be creative.

This leads to an odd, hybrid travel world—I fly Lufthansa First Class to Frankfurt, where the departure lounge includes bathtubs, a complimentary restaurant and wine bar, and planeside transfer via chauffeured Mercedes. Nice. Then I head off to a series of Economy Class flights throughout West Africa, also known as the traveling circus. (In the case of Morocco’s national airline, on which I took three flights last week, I dubbed it Cirque du Maroc.”)

Thankfully, I live in America and fly Economy Class on United once in a while, so I’m accustomed to third-world airlines where everyone applauds upon a safe landing.

Travel doesn’t need to be expensive. Most of us who live in relatively rich countries can travel even if we’re not rich. The reasons why some people don’t travel have less to do with lack of resources and more to do with fear and insecurity. Learning to deal with those valid concerns is a whole separate topic—see here and here for example—but in this post I’ll look strictly at the logistical concerns.

I like to start with an idea in mind: where do you want to go? One of the principles about world travel and life planning is that you can go anywhere in the world by saving $2 a day for an extended period of time. The $2-a-day-principle is helpful—but if you can save more than $2 a day, of course, you’ll be able to save for your trip in even less time.

So then, once you have a goal, how do you make it happen? Let’s look at a few things one by one.

To modernize an old expression, a healthy Frequent Flyer balance is like money—if you have it, you don’t think about it much. But if you don’t have it, it becomes an obsession. Such is life in travel hacking land.

To get the miles, I do a fair amount of flying, but more than twice as many miles are earned on the ground through various promotions—banks, credit cards, and all kinds of bonuses.

I’ve found a bank that will pay AAdvantage Miles in lieu of interest on deposits. Why give up interest (real money) to earn miles? Well, these days interest rates are shockingly low. If you have a balance in the bank, you’ve probably noticed that it either a) goes down, due to being attached to the dismal stock market, or b) stays the same. It’s better to stay the same than go down, but you might as well get something out of the deal. I wouldn’t put my (limited) life savings there, but I moved a decent amount of money over.

The other side of mileage maximization is redemption. This is critical, because most travelers don’t know how to use their miles. Every year, millions of miles go off to die in expiration land. So sad! Others are redeemed for “Standard” awards (I call them “Let the airline take advantage of you” awards) or for destinations where it would be much better to just buy the ticket.

(Note that in addition to the alliance members, there are often additional partner options for airlines. I’m keeping things fairly basic here.)

Some of my best redemptions have been:

Most airlines reward frequent customers with some kind of priority treatment through the recognition of elite status. The status is usually awarded in tiers—typically Silver, Gold, and Platinum.

But after you’ve earned status with one airline, you don’t have to sit on planes the rest of the year to leverage your accomplishment. Thanks to status matching, last year I achieved the trifecta of elite status, with Platinum or equivalent level on all three major alliances. Sadly, I’ve already lost one status, and I’ll likely lose Star Alliance Gold status next year unless I think of something creative before then. It just goes to show that you have to keep working it.

Update: New fun offer! This is a good one. You can now earn Star Alliance Gold status with only 20,000 flight miles. The comparable status on OneWorld typically requires 50,000 miles.

Sign up here and you get 1,000 free miles to start with, and silver status begins at a very low 4,000 miles—so only 3,000 more miles and you’re already on the ladder. My thanks to AONC reader and fellow traveler Kiwi Flyer for sharing this news.

Once in a while, an airline will screw up more than usual and price one of its fares incredibly low. This is a glitch in the matrix and doesn’t last long, but they often end up honoring the fares that were booked during the glitch.

The only way I know to find out about glitch fares is to actively monitor FlyerTalk. Or you can have nice readers who are similarly obsessed and write to let you know about something before it ends. My thanks to reader Dan Pierson who alerted me a while back to a special deal on Business Class flights from Kuala Lumpur, Malaysia to any airport in Canada. Due to the glitch in the matrix, the fare was showing up as $630 instead of $2500. Not bad!

I was able to pick up two of them for separate dates, flying KUL-ICN-LAX-YVR each time. (I also bought a cheap one-way ticket home to Portland from Vancouver.) I then alerted several other readers who also got in on it, including the Fly Brother who was on a global adventure of his own. I went to Malaysia twice, came back on good flights, and even earned elite status with Delta thanks to the offer. Fun times.

Just like flying First Class to Europe and transferring to Circus Class around West Africa, I mix it up when it comest to lodging, from hotels to guest houses to outdoor huts (once in a while) to airport floors. In my old age I’m staying in hotels more often now, but I’m still up for adventure once in a while.

Priceline helps a lot with business hotels in major cities. Just be sure you know what you’re paying for, or you’ll probably pay too much. (This is how Priceline’s ingenious business model works—most customers overpay while still thinking they got a great deal. I wish I had invented Priceline.) You can find which hotels are actually available by checking over at BetterBidding and BiddingforTravel. In transit in Heathrow several times, I’ve never paid more than $60 to stay overnight, when the normal rate is around $150. I’ve also had nice Priceline hotels in Seoul, Brussels, Toronto, Singapore, and many other cities.

Hostels.com is always worth checking out, and not only for hostels—the site also lists guesthouses, and small hotels that don’t show up on other search engines. Plus, you can get a private room at a hostel and still meet other travelers without dealing with six random guys walking in and out of your room all night.

One of my travel pet peeves is that midrange hotels typically provide WiFi for free, while high-end hotels charge for it. This is true for most of the major chains: Hyatt Place gives free internet; Hyatt charges. Courtyard by Marriott gives free internet; Marriott charges. And so on. When in doubt, pick the mid-range property and you’ll probably have a better experience for less money.

Ibis Hotels in Europe are often a good value at less than $100 a night. Breakfast costs 9 euros, which still isn’t cheap, but it’s 22 euros next door at the Sheraton.

On the budget end (or the “no budget at all” end), check out Couchsurfing.org for your choice of free couches around the world. I once stayed on the couch of a Croatian family and watched reality TV. Then they charged me $30, but that’s not really how couchsurfing usually works. The way it usually works is that you pay nothing, and stay with nice people who aren’t as freaky as you might expect.

The question of “But how much time does it take” always comes up when I write about travel hacking. Is it really worth it to pursue these things? Couldn’t you just earn more money and pay regular price?

First of all, many of our readers have more time than money. They’re on a tight budget and interested in seeing what they can do with it, so I definitely want to help wherever I can.

Secondly, some of these deals we’re talking about aren’t small change. The Lufthansa flight I redeemed miles for last week rings up as $15,772 in cash on Kayak. Even the Economy ticket from Portland to Frankfurt to Kazakhstan and back comes up well over $2,000. Meanwhile, my cost for the First Class redemption was $720 to get the miles, plus $110 in taxes.

Admittedly, that trip is a (nice) aberration—I wouldn’t actually spend $15k on a ticket if I didn’t have miles, and it took a bit of work to make it happen. But even on the smaller scale, a Priceline hotel deal takes an average of ten minutes to arrange, and typically saves a minimum of $50. I’m OK with that time-to-money-saved ratio.

Finally, I’m the first to admit that travel hacking is also a hobby. I actually like the experience of finding out about various deals and pursuing them for a nice tradeoff. It may not always be a 100% efficient use of my time, but since I usually enjoy it, my sense is “Why not?” So as long as I’m having fun, I’ll keep doing it.

I could go on (and on and on) about travel hacking, since it’s simultaneously a hobby, a passion, and a big part of my hybrid career. But speaking of time, it’s getting short here on my trip. If there’s enough interest, we’ll do a follow-up post with several of the other topics.

If you have questions or tips of your own to share, post them here. Keep in mind that I’m roaming around West Africa this week, so it may take longer than usual to run the shop.

Happy travel hacking! And happy belated holidays to everyone from the U.S. and Canada (a few days late or a week late, depending on where you are).