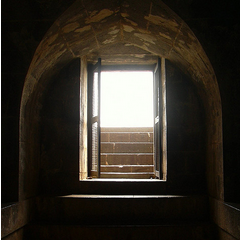 Merry Christmas and Happy Everything!

Wherever you are and whatever you’re celebrating, I hope you’re having a great holiday week.

This is the final post of the 2011 Annual Review series. Looking back over the year, here’s what we’ve covered thus far:

I wrote some of this material in advance (only slightly!) so I could spend much of the actual review week working ahead. I was tired, having literally arrived in vacation-land and meeting up with Jolie a few days after taking a minibus through Somaliland—more on that after the holidays.

After a few margaritas (tequila not being served in Somaliland for some reason), I got serious about looking ahead to the next year. Serious is a good word for the process; I really wanted to think hard about how I can improve and what I want to focus on.

TRAVEL. As mentioned during the recent roundup, I’m down to less than 20 countries on my quest to go everywhere. Since I usually visit more than 20 countries a year (in 2011 I made it to 26), visiting only 13-15 should be easier. The challenge, however, is that I essentially have no more backup plans—I simply have to make it to these particular countries. In the past I’ve made numerous adjustments and even big changes while I’m underway. I won’t have that luxury anymore.

BOOK. My next book, The $100 Startup, will hit the shelves on May 8, 2012. Writing it was a herculean effort involving hundreds of interviews and even some actual research (that $32,000 graduate degree may have been worth something after all…).

The book will have a worldwide release, going live in the U.K. and most commonwealth markets at the same time as it goes out in the U.S. and Canada. I’m planning a 30-city tour in North America and an extended international tour as well.

BUSINESS. As discussed during the business lessons post, I have two projects planned for early 2012. The first is the launch of the Unconventional Guide to Publishing, which I’m very excited about. We’re planning to go live on January 10th, and I’ll have a preview available the day before. I’ll begin working on the second project, a sequel to the original Empire Building Kit, soon afterwards.

WDS. In July, we’ll bring nearly 1,000 people together for our second annual gathering of awesome people. Our challenge this year is to preserve the community aspect of a small group, while still opening the doors for more people to be a part of it.

The final wave of registration will happen in late January, offered first to those on the waiting list, and then to the general public if any tickets remain.

Theme of the Year

Every year since 2006, I’ve chosen a word or two as the theme of the upcoming year. In 2009 I had the year of convergence, where I worked to bring together all my different projects into one focus, and 2010 was the year of scale & reach, where I published my first book, went on tour, and ramped up the business. As I finished another book and hosted the inaugural WDS, 2011 was the year of taking flight.

Thinking ahead to next year, I want to get more specific. I want to do more writing, as well as different kinds of writing. Above all, I want to do something that matters and to continue challenging myself—a lot like what I wrote about in The Tower.

As mentioned a couple of times, I do feel somewhat uncertain about how my life and work will shift after I complete my 193rd country, but I’ll keep working on it and will take things as they come along.

With the big book launch and nearing the end of ten years of traveling, I’ve decided that this will be the year of finishing. Throughout this year and next I’ll be moving from one longstanding focus to another, but I want to enjoy the ride while it lasts. After all, I still have 16 countries to visit! And so much more to be done.

One of the things I’ve done a poor job at is highlighting many of the great people in our community who are undergoing all kinds of fun projects of their own. I’ve been talking with a couple of smart people about how I can fix that as part of the 2012 plans.

For now, I wanted to show a few of our readers and community who have been undertaking their own Annual Reviews over the past week. I received at least 100 trackbacks to various blog posts, and a selection is below.

Benny Hsu wrote about a busy year of living, including getting engaged and married while starting a new business.

Jermaine Lane wrote about an unrestricted life and his “Poemvember” experiment.

Milo wrote about a wedding and a blog.

Jill Salahub wrote about her 2012 theme of retreat.

Cynthia Morris created her own end-of-year worksheet that others can download.

Noch Noch wrote about staying alive, getting engaged, and getting a puppy.

Lindsay wrote about joy, working out, and successfully maintaining a long-distance relationship.

Chris Stott wrote about not buying an iPhone and not playing enough guitar.

Ryan Brooke-Bisschop wrote a detailed review of his card collecting hobby and business.

Noah Bonn wrote about letting go of Facebook and compulsion.

These are just a few posts from our community—you can see dozens more in the comments section of each review post (tip: click on the person’s name to go to their website).

I’m grateful for a big year, and eager to get started on some new things for 2012. Thanks for being part of AONC. Because of you, we’re getting better every year.

QUESTION: What’s your word or theme for next year?

Don’t be a stranger: Join the AONC community of 30,000 fans on Facebook, or circle me up on Google+.