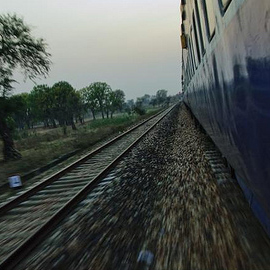 Everything begins with a crazy idea, and this particular crazy idea comes to you in stages.

You don’t decide to visit every country in the world when you haven’t been out of your own neighborhood. First you go to a dozen countries in Africa, then a dozen more in Europe, and before you know it you’ve reached 50-country status.

As you get closer to the 100 countries, you discover the real goal—the one that’s been waiting for you all along. Every country in the world? Is that even possible?

The better question is “Why not?”

As you think through the process of going to 193 countries, combing through possible objections, you find no good reason why you shouldn’t try.

Even more telling, you know you’ll regret it if you don’t try.

So you start, a bit haphazardly at first, and then growing in confidence as you go along. The idea has been percolating for a couple of years, but February 2008 is when you officially kick things off. You go public, as they say, to the audience of ten people, half of whom are your family members.

You slowly learn to travel to the ends of the earth. But you don’t learn by reading books, as much as you like books.

You learn, instead, by doing stupid things. You pay too much money at the market and get talked into buying things you don’t want. You listen to the wrong people and take bad advice. You leave your iPhone in the back of a taxi… twice.

You master the art of Frequent Flyer Miles. You learn about Round-the-World plane tickets and budget airlines in Moldova.

You become comfortable with showing up in random countries with no reservation, feeling the thrill of discovery as you take the airport bus to downtown and walk around in search of a room.

You travel all around the world, over and over again. You fly First Class and Peasant Class and standing-room-only Class. You take African bush taxis and Soviet trains. You hop ferries in South America where the only English announcement is: “The casino is now open.”

You talk with taxi drivers around the world, getting their opinions on the Iraq war, the election of Barack Obama, and the relative sexual attraction of Hilary Clinton and Sarah Palin.

Lots of things go wrong. You get ripped off by the taxi drivers, you get lost in dozens of countries, you show up for flights that left the terminal hours before. Whatever.

Sometimes you feel frightened, and a couple of times you perceive you are in real danger.

More often, you feel alone. For there you are out in the world, and who else understands this strange journey? You spend entire days alone in Kazakhstan and Mongolia, unable to share a language with anyone as you wander the city.

The low moments are countered by the feeling that you’re doing what you’re supposed to.

You have a mission. You have a purpose. You have a clearly defined goal, and you feel challenged to complete this goal.

You go to Cancun to go to Cuba.

You convince immigration officials in Saudi Arabia and Pakistan to let you enter without a visa. You go to Kabul, landing between the mountains in the dead of winter and staying at the Taliban’s favorite hotel.

You go to Somaliland, first touching down in Mogadishu and feeling glad about not getting off a plane for once.

You fly to tiny islands in the South Pacific, once finding yourself marooned as the only flight back to Fiji is delayed for mechanical reasons.

Then you have the final dozen countries. Just a dozen! Twelve countries! Not even a baker’s dozen.

Finally you have only five countries.

One day you wake up in New York City, eat a stack of delicious lemon poppyseed pancakes, and wander off in search of the permanent mission of Guinea Bissau to the United Nations. There you receive your final visa.

You clutch your passport in your hand as you walk toward Grand Central, thinking to yourself “This is it!”

And it all leads up to today, the day in which you’ll pack your bags and prepare to fly out to Dallas, to London, and then to your FINAL COUNTRY.

But to have a destination in mind, to fix your thoughts on a goal that would take a decade to complete—the goal has been your constant. Without it you would have never come this far.

So as you think about the journey, you decide to enjoy the destination. Next stop, Norway!

*Our end of the world party will be this weekend in Oslo! Everyone is welcome.