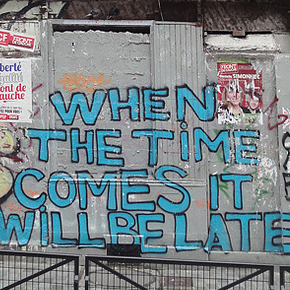 Greetings from LHR Terminal 5, where I’m getting ready to fly to my final country.

Yeah. I know.
I’ll share more about that over the weekend on Twitter, and of course next week on the blog. I’ve heard there’s a cake and a champagne toast in Oslo on Sunday night, and a lot of fun people coming along.

But hey! Let’s back up a little.

I’ve mentioned once in a while that I often hear from people who worry they are “too late” for something. Sometimes people say “I wish I had the idea to visit every country in the world”–as if such a thing is no longer possible!

Do you know what’s too late? It’s too late when you can’t change anything. But most of us can still change plenty of things. You too can turn around and do something completely different, no matter your age or situation.

Other people do this all the time, and you can too.

This week my dad is publishing a book of his own. My dad used to write stories, and then he spent thirty years writing software for NASA. A few years ago I was walking down the street in San Francisco when he called me. He sounded really excited and told me he had started writing again.

After writing stories and sending them off to magazines, he then decided to write a novel. And then a publisher bought it, and now—just three years from that call I received on the Embarcadero, my dad’s book is going out to the world.

That’s how goals work. You start out to do a little thing and the next thing you know, you’re in your kitchen opening up a box of books sent by your publisher.

You decide to see the world for a personal project and 100,000 people decide that they want to be part of it. From small things, big things come.

Since I have my own big birthday coming up—#35 on Sunday, in country #193—I hope my dad won’t mind my mentioning that he’s a few years older than me.

After writing only software for decades, I wondered why he got back into writing fiction. Since he’s my dad, I didn’t have to wonder for long—I just asked him. Why decide to start writing stories and novels again?

Writing was still an occasional hobby in 2009. Getting close to retirement, I had enough money saved to live on, but I was miserable in my work and had no idea what I wanted to do for a second career. Driving to the beach I heard an African folk tale on NPR with a moral that, when you find peace, a bee can sleep in your hand. I took out a notebook, and started making notes about a man who falls for a girl who tells him the story of the sleeping bee. A bee falls asleep in his hand, and he thinks he’s found peace with the girl, until the bee stings him and flies away. He goes to tell the girl that love is not about peace, but about the things that get under your skin.

It wasn’t much of a story, to be honest. But, like the bee sting, the act of crafting words and characters got under my skin. I wrote another story. Then came the big change: I committed to write an hour every day, and I committed to build a writer’s mind. And, by focusing my time and my mind on the goal I wanted, I found the real miracle: having the faith to get up every morning at 5:30, even when I was sure I had no story to write and no skill to write it, nourished my soul and focused my life.

So, congrats to my dad, and congrats to all of you for kicking ass in your own way. Haven’t been kicking ass? Well, see the above. It’s not too late!

The best time to start was last year. Failing that, today will do.

See you from Norway!

Calm Before the Storm

How Goals Change Over Time, and What to Do About It
© 2023 The Art of Non-Conformity | Site by Bytegrow Technologies