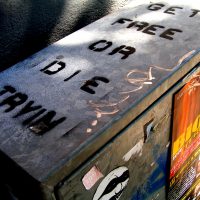 Let's do this one more time, because it's important. Micro-entrepreneurship is changing the world. The best opportunities in the new economy are centered on creating your own assets. It doesn't matter who wins the U.S. election this fall, at least not in terms of how the economy affects you. No matter what happens, the unemployment rolls will continue to be full. Perhaps even worse, many people will remain underemployed by working at jobs that offer few benefits and little opportunities for advancement. 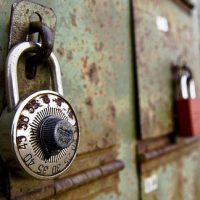 Where Is Your Security?

The Olympics are in London this year, but in the U.S. we're gearing up for our own non-stop spectator sport. It's a lot like a reality show, complete with advertising and corporate sponsorship. Many candidates enter, but only one remains when it's over. At the end, one competitor will win by a slim margin. The next four years will be spent fighting about what happened, all the while building up to the next installment in 2016. The competitors belong to different clubs with marginally different beliefs, but they all share the same commitment to “restoring the American dream.”

As for me, I haven’t logged in to my Vanguard account since March or April. It kind of sucks, but what can you do? If you sell your retirement fund now, you’ve locked in your 30% loss. Better to stick it out, I say, and focus on what you can control.

If you were 100% secure, according to the theory of security and complacency, you’d become nonchalant about your most important work.

Complacency means you aren’t hungry. You don’t get out of bed in the morning excited about the day ahead. You don’t go the extra mile, and you settle for “good enough,” because you correctly suspect that most people won’t notice the difference.

I realized he was right: it is odd. It’s just what works for me, and I don’t necessarily recommend you follow this model.

All I can say is that I want to keep the focus on the main group of readers, not just the small subset who choose to buy something from me. Anyway, I’ll give you all the details on Wednesday.