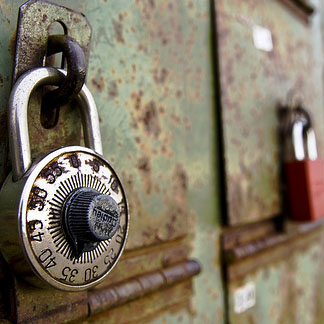 The Olympics are in London this year, but in the U.S. we’re gearing up for our own non-stop spectator sport. It’s a lot like a reality show, complete with advertising and corporate sponsorship. Many candidates enter, but only one remains when it’s over.

At the end, one competitor will win by a slim margin. The next four years will be spent fighting about what happened, all the while building up to the next installment in 2016.

The competitors belong to different clubs with marginally different beliefs, but they all share the same commitment to “restoring the American dream.”

Notably, they all talk about “creating jobs for the American people,” which is a strange promise to make. They will “fight for jobs and stand up to China,” refusing to back down until the land of liberty returns to a place and time that never actually existed.

It’s all very surreal. Regardless of their politics, how does any government leader go about creating jobs? Spoiler: aside from directly paying people to work, there isn’t much they can do.

In some ways the candidates make these promises because they are expected to. They have to show strength and confidence. If the electorate is concerned with unemployment, a candidate for higher office has to sound like he has a plan.

But I also think that many of us are attracted to any kind of rhetoric that promises a solution. (Never mind how illogical or impossible the solution may be.)

When something goes wrong, we just want someone, anyone, to fix it for us.

In the U.S. and elsewhere, real unemployment remains high. Many people are only marginally employed, working part-time or far away from the field for which they trained. How do we get out of this mess? Well, we probably won’t get out of anything. But you can get out of it yourself, and you can do so by creating your own career independence.

Step 1. Stop waiting for someone else to solve the problem.

Step 2. Take responsibility and do something entirely different.

Where I live in Oregon, hundreds of people routinely apply for entry-level jobs that pay less than $15 an hour with no benefits. Many of them have college degrees. It’s not unusual to meet a barista or bus driver with a master’s degree.

I don’t think the answer for these people is just try harder. I don’t believe that polishing their resumes and sending out more applications will help them, at least not most of them.

I also don’t think it’s their fault, at least not collectively, and the solution can’t just be to “make more jobs,” even if someone could do such a thing by issuing an edict.

If you really want to make a job, your best bet is to make your own. My upcoming book, The $100 Startup, tells the story of how people from many different backgrounds forged their own career. Everyone in the book found a way to earn at least $50,000 a year (many earned much more) by using the skills they already had in a creative way.

The goal of the book is help people create their own freedom and independence by following the lessons of the case studies. I’ll be sharing more about it as we get closer to the launch on May 8th, but for now, think about this question of security. Here are a few definitions of the word:

1. Freedom from risk or danger; safety.
2. Freedom from doubt, anxiety, or fear; confidence.
3. Something that gives or assures safety.

When it comes to career independence, you can find security in any number of ways. You could, for example, become so indispensable that your employer agrees to adjust your job to suit your preferences. Or you could work in a field that is actually useful and in demand, such as medicine.

Or you can find a way to create a job that doesn’t currently exist, focusing on what you already know how to do that will also be valued by other people. That’s mostly what we focus on over at World Domination HQ.

But no matter how you get it done, no one else will do it for you.

How about you—where do you find your security?

Feel free to share your belief or experience in the comments.

I’m traveling in the Sudan this week, and will post up as many responses as I can.

*My friends at Charity: Water are beginning a new campaign today. If you’re wondering how to make a real difference with a global problem, join me in giving up your next birthday.

Good Things About the Recession

Fearless?
© 2023 The Art of Non-Conformity | Site by Bytegrow Technologies