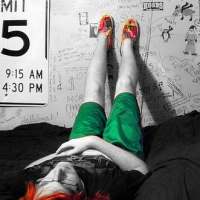 From countless encounters with failure, I can tell you that not everything works out the way you hope it will. If you keep trying, you’ll get where you want to go in the end, but there will undoubtedly be many stops along the way where you encounter a dead-end.

First, how do you know when it’s not working out?

Here are a few signs:

That’s pretty much how you know it’s not working out. So what do you do? The good news is that your options are limited. Specifically, you have only three:

1) Do Nothing
2) Quit
3) Change Something Major

Doing nothing is the most common response when confronting apathy. You suck it up and live with it. You keep going through the motions, dutifully showing up without actually doing much. You attend the meetings, wondering more about what kind of cookies will be waiting on the table than what will be on the agenda.

The agenda? Speaking of that, there may be a written one somewhere, but there is no driving force. Remember, it doesn’t usually get better on its own.

Effectively, you stop all pretense of caring what happens. When I worked in Africa, we used to call this “checking out.” Someone would be coming to the end of a long time in a difficult job, for example, and they had lost their motivation. They had “checked out.”

“Can we ask Steve to do this?”

Time to move on to the next guy, because when someone checks out, it’s hard to get them back. If you're the one who has checked out, see the next two options.

When you quit, you walk away as quickly as possible, consequences be damned. You’re in the wrong job, on the wrong team, working on the wrong project, pursuing the wrong goal. Or maybe you’re what’s wrong – but either way, you can quit.

If you start to feel guilty about it, or if someone questions you, you can give the age-old response: “Lots of other people are doing this too.” This response seemingly justifies any behavior, from smoking to discrimination or whatever.

But sometimes, option #2 may be your only choice, if for no other reason than to retain your sanity. When it comes down to that, I think hanging on to sanity is worth whatever guilt you feel for quitting. And if you were the problem to begin with, well, maybe things will be better for everyone else after you leave. You never know.

If you can’t stand the status quo and don’t want to give up, this leaves only one option: something must change. It has to be something significant; even outsiders should be able to look and say, hey, this is different.

Change is the lifeblood of innovation and the salvation of complacency, but beware: no one really likes change, and that’s why it can hard to introduce something that is significantly different after apathy has set in.

It doesn’t mean you shouldn’t try, however.

What can you change? Ideas include:

Apathy is easy to diagnose but hard to treat, so there is no guarantee that Option #3 will work. For guarantees, do something easier.

As for me, I haven’t logged in to my Vanguard account since March or April. It kind of sucks, but what can you do? If you sell your retirement fund now, you’ve locked in your 30% loss. Better to stick it out, I say, and focus on what you can control.

If you were 100% secure, according to the theory of security and complacency, you’d become nonchalant about your most important work.

Complacency means you aren’t hungry. You don’t get out of bed in the morning excited about the day ahead. You don’t go the extra mile, and you settle for “good enough,” because you correctly suspect that most people won’t notice the difference.

I realized he was right: it is odd. It’s just what works for me, and I don’t necessarily recommend you follow this model.

All I can say is that I want to keep the focus on the main group of readers, not just the small subset who choose to buy something from me. Anyway, I’ll give you all the details on Wednesday.