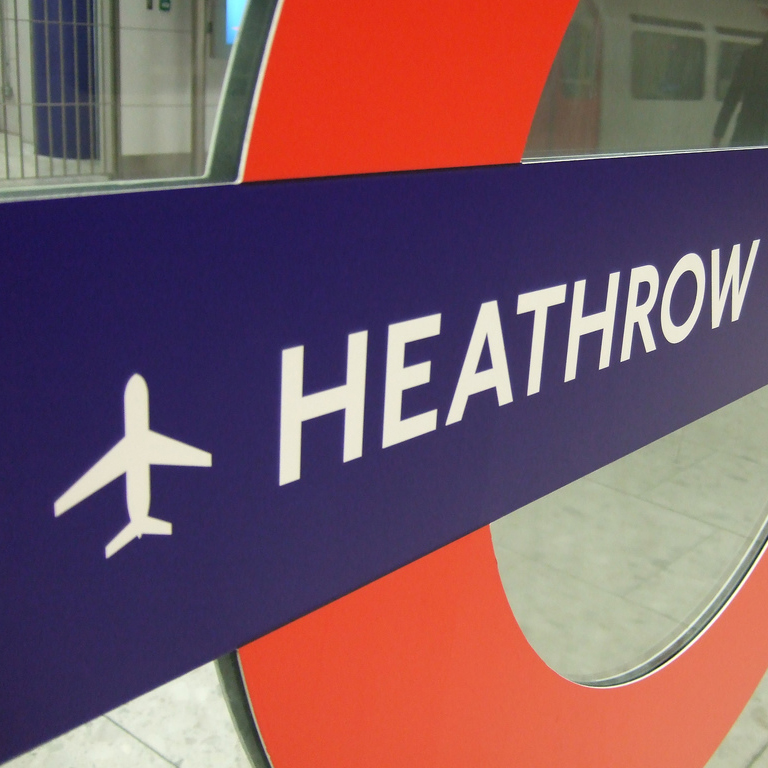 Greetings from the colossal series of structures known as Heathrow Airport, 45 minutes from central London on the underground.

When the new Terminal 5 opened a while back, it was a huge mess. Thousands of travelers were stranded, the computers failed, and luggage had to be driven to Italy on a truck.

Be Who You Really Are

Naomi is a tremendous resource of marketing knowledge, and she is also 100% authentic. The Naomi you see on her site is pretty much the Naomi that you get in real life.

Since I’ve been thinking about friends and enemies recently, after I left ittybiz HQ and made my way to the airport, I read an interesting comment that went up yesterday on the ittybiz blog. (Naomi no longer has comments enabled, but I was subscribed to an old thread where they are still coming through.)

I’m paraphrasing slightly, but here’s what the comment basically said:

“I don’t understand why you use such bad language on your site. I won’t be back. Regards, Neil.”

Now, this is an easy lesson, and it has nothing to do with whether you like to use bad language or not or not. First of all, I don’t speak for Naomi, but I suspect she doesn’t really care that Neil is not coming back to her site. The thousands of other people who visit every day are more than enough to support her family in their new home in England.

In fact, one of the reasons why Naomi’s business has become so successful is because of her style, not in spite of it. She is who she is, and a lot of people “get” it and relate. People like Neil, on the other hand, obviously don’t get it – a fact that is normal and to be expected. The only real problem is when people like Neil protest that the site does not meet their needs, implying that the world would be better if only other people changed to accommodate their preferences.

If you don’t like a web site you visit, the appropriate way to respond is by clicking the back button. That’s what most of us do countless times a day, every day. We wander around, we skim, and we decide fairly quickly if any given web site is worth our time. If yes, we read more, and if no, we head back where we came from.

There is really no need to write in and explain why you won’t be coming back, with the inference that everyone else feels the same way. If you go down that road, chances are you’re on the wrong road.

The easy lesson is, be who you really are. Know your audience, and give them what they want. Naomi does this well. It’s working for her, and she has a fan base eager for everything she builds for them.

Would You Do Me a Favor?

I want to make sure I also know my audience well. Sometimes I think I do, but other times you guys do something that catches me by surprise. I’ll provide the backstory behind this, of course, but I can’t bias you in advance by writing it out now. I have to hear more about what you think, then I can make some decisions, and then I can tell you the story.

The way you can help me is by taking a very short survey. I haven’t done a survey in a while, and I need some important information.

The important information will help me decide WHAT I SHOULD DO NEXT in terms of product development. I know where I’m going with the general writing – no problem there. I know where the second manifesto will lead – that’s also fine. But product-wise, I need to make sure I’m’ making the right choices. I have a few different ideas, and prioritizing them over the next few months is going to be critical.

If you’ve been here for a while, I’d appreciate your feedback. It can be anonymous or not – although if you need a response for something, It’s better to use the contact form to get to me more quickly. The last time I took a survey, I heard from hundreds of readers in 34 countries, so that’s why it’s better to use the form if you need a real response.

It should take about 3-5 minutes of your time:

UPDATE: The survey is now closed. Thanks to everyone who responded!

(Fellow Marketers: Yes, I could have duplicated the link at the top of the 1034-word post for a higher response. But this way, only people who read all the way through will see it. I’d rather hear from the committed than the casual.)

As you might have guessed, I’m officially on the road again – first to Washington, D.C., then to Qatar and London for my short layover, and now down to Southern Africa for this trip’s country-collecting adventure.

Over the next 10 days I’ll be roaming around Southern Africa. If all goes well, I’ll make it to Mauritius, Swaziland, Mozambique, and Namibia – as well as a couple of short stopovers in Johannesburg. I have one minor problem with a South African Airways ticket that I’m still trying to get fixed, but otherwise, the journey is hassle-free so far.

Alright – it’s time for me to head down to the B gates. Judging from my itinerary, this flight looks like it is more than 12 hours long. If I start right after takeoff, maybe I can finish a whole issue of the Economist just as we land. You never know.

Remember: be authentic. There is only one you.

Feel free to share your own thoughts as always. Also, take the survey. 🙂 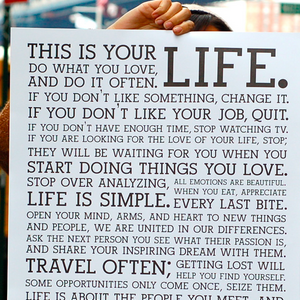 Lessons on Freedom and Money from Six Creative Pros

How to Write a Dozen Novels and Hundreds of Stories

Winners Give Up All the Time

Do You Have a Side Hustle? Tell Us About It!