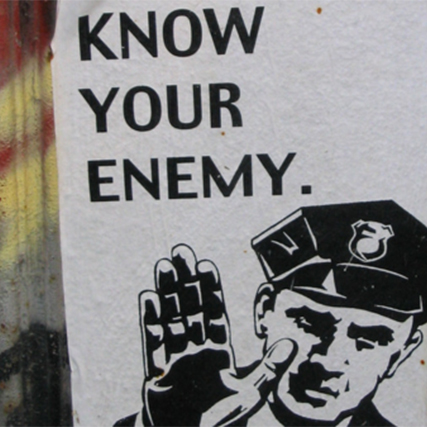 I was sitting in a bar in Washington, D.C., listening to another writer talk about the untimely demise of her blog. The blog in question started at almost the same time as The Art of Nonconformity. When I first read her writing, I knew she was going places. The posts were crisp, funny, and helpful at the same time.

In fact, when I read almost any of her writing, I thought it was better than most of mine. Then, after a few months of steady content, one day she stopped writing.

Naturally, I wondered, “Why? What happened?”

After she missed another few posting deadlines, I wrote her to ask what was going on. The answers I heard back were vague. “I’m taking a break for a while,” she said at first, and then a couple of weeks later, she said she needed to spend more time on paid work. I thought those would have been acceptable answers from some people — but coming from her, I wondered if there was another story.

Nine months later, I was in her city and successfully tracked her down. It was great to meet up. We drank beer and talked about life, business, and our mutual friends.

But the whole time I was wondering – what happened with the blog?

That’s when she tells me the whole story. Yes, she had some personal things going on, and yes, the day job got busy for a while. But what really caused her to stop writing was one highly-negative comment an anonymous reader sent in.

I’m not talking about constructive criticism or merely a disagreement. She was used to disagreements and the occasional snarky person – that’s part of the job – but this comment went further. It was a personal attack that failed to contribute anything of value. Unfortunately for all of the rest of us who read the site, she took it so personally that she stopped writing. The world lost the ideas and input of a great writer.

Goodbye, blog. Thanks for all you’ve given us, but it’s over now.

I know what you’re thinking: How can one negative comment cause someone to stop doing the work they believe in? When something like that happens, shouldn’t we just suck it up and go on?

In short, yes, I know we have a responsibility to keep going and ignore these kinds of things. In the long-term, there is no other option. My friend knows this too, and she’s working on it.

However, rejection and negativity are serious demotivators. This is far from the first time something like this has happened — in fact, I think it’s safe to say that it’s a fairly common experience. So even while I challenged my friend to get past the hurt and return to what she was good at, I also felt angry towards the random person who caused her to put the whole project on hold.

If someone who gives up bears some of the responsibility themsleves, so does the person who influenced the decision. That’s why it’s also fair to begin challenging the people who do this kind of thing… and that’s why I need to do a better job of explaining who my friends and enemies are.

Enemies? Yes, while I wish I could love everyone, I refuse to love people who derive their value from harming others. In fact, I have almost no patience whatsoever for this kind of behavior from these kinds of people.

See, every good social movement has an enemy. You need friends, naturally, but when you set out to create real change, you also need a common enemy.

In previous entries about building a small army and being awesome, I haven’t done the best job of explaining this principle. You deserve my apology, and you can expect to see further improvement in this area. Let’s start here:

I’m going to explain it further, but that’s probably a good summary.

Friends – over the past year I’ve connected with all kinds of people who read the site. I don’t like to categorize people, but many of them are artists or entrepreneurs of some kind. Others are fellow travelers or expats, others are students trying to figure out what to do with their lives, and still others come from different walks of life that are vastly different than mine.

I am pro-diversity, and I am not in the business of telling people what to do. As far as I can tell, the common thread among us is a frustration with the status quo and a desire to live life on our own terms.

Enemies – On the other hand, my enemies are critics, cynics, and gatekeepers who wish to keep people from being free. These people add no value to the world — in fact, they subtract value by bringing other people down.

You might think these are easy targets. No one likes negative people, right? Well, let me assure you that these kinds of people are everywhere. You can usually achieve short-term gain by being an asshole, and most people won’t call you on it.

Most people, of course, are not the kind of people who change the world. For those of us who do want to create positive change, it’s time to come off the defensive. This is a wrong that needs to be righted. We can’t allow people to win by shutting us down. They don’t deserve that much power.

As you are recruiting army and pursuing world domination, you’ll need to define who your friends and enemies are. And as we’ve seen here, you’ll need to watch out for people who suck. Don’t let them get the best of you.

How about you — what side are you on? Have you encountered this problem before?