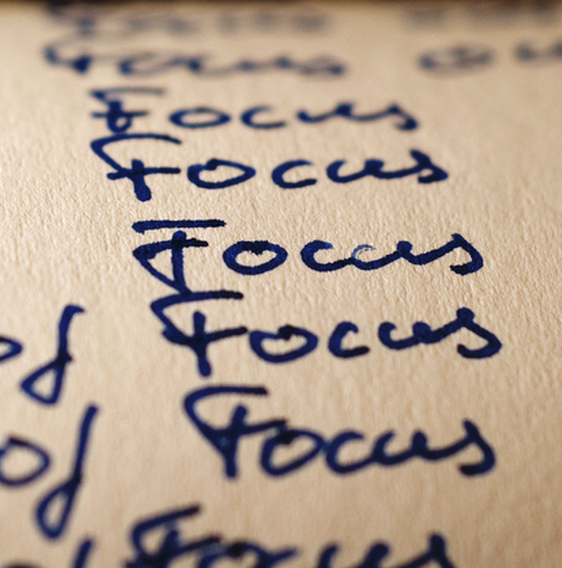 Last year I shared the story of why I got a prescription for Adderall, the brand name of the psychostimulant drug that can help you better manage your attention and focus.

Adderall is a controlled substance in the U.S. and most other western countries. It’s known for being abused by college students—you know, when you really need to study—but it’s also one of the most frequently prescribed treatments for both children and adults with ADHD.

I was diagnosed with ADHD as a kid (whoa, look at that spaceship!) and was medicated for a while with Ritalin and other drugs, but until last year at the old age of 36, I hadn’t taken anything since I was 12 or so.

The short version of why I decided to alter my stance on ADHD meds was that things weren’t going super great. I had been late on my last book manuscript, and was beginning a new one that I wanted to complete on time. I had a long list of things I wanted to do (and believed in), but it had become more and more difficult to settle down and knock things off the list.

I wasn’t sure that taking Adderall or anything else would be the proverbial silver bullet, but instead of just struggling every day, I decided I’d give it a try. If you’re interested, I wrote a lot more about the decision in the original post.

As I expected, that post was quite controversial and I received a lot of feedback from different perspectives. Several people wrote in to say I was encouraging drug addiction, which of course was strange since I’d never really taken drugs before and was just sharing my own experience in trying to solve a problem.

More interestingly, I heard from a lot of people who were experiencing a similar struggle and had considered this approach as well, but weren’t sure if it was right for them. (Hey, fellow creatives: you’re not alone.)

Anyway, I thought it was a worthwhile experiment, and taking the prescription certainly helped in the beginning. As I wrote at the time:

The next day I went to work. I set up my MacBook, poured coffee and sparkling water, and took my first low-dose (5mg) pill. Would I even notice anything? Maybe the doc was messing with me and prescribing such a low dose that it would trigger a placebo effect.

Well… I definitely noticed. It wasn’t a placebo effect; it was pretty incredible. Twenty minutes after taking it, I was fully immersed in the tasks at hand.

Replies to emails I had ignored (sorry, everyone) were suddenly flying out of my inbox. Draft posts filled up my Evernote and WordPress screens. That new book I hoped to outline? All of a sudden, I knew what to do. The clutter of emails and half-finished sentences made sense, or at least I knew how to make them make sense, which is the essential struggle of most writers and plenty of other creative people.

By the way, those last few sentences were written in passive tense, but that’s what it felt like. I’m just the channel! This is working!

Fast forward a year or so. It hasn’t been quite 365 days of being medicated, but I’ve been prescribed Adderall for the whole time, and I’ve taken it fairly regularly.

One Year Later: So What About Now?

As I said in the beginning, my worry was that the “high” (probably not the best word in this case) would end and the medication would stop being effective, at least at the low dose I was taking. And then if that happened, I’d face the issue of what to do. Would I increase the dosage? What about the next time it happened?

Poking around on various ADHD forums, I noticed that that many adults are taking much, much higher doses than the 5-10mg a day I was prescribed. Apparently the maximum FDA-approved amount is something like 120mg a day, which sounds huge compared to what I’m taking. Those kinds of large doses don’t seem healthy to me, but then again I’m not these people, nor am I their doctor. I just knew that for me, I preferred to stick to a lower dosage if at all possible.

And… there’s good news in that department. I’ve continued taking the drug on a regular basis, not every day but most days of the week. I usually refrain from taking it one weekend day each week, and also on days that I’m traveling and don’t expect to be highly productive. About four months in, I increased the dosage slightly, but not much—and I haven’t done so since then.

My other concern about it remains essentially the same as when I started. If it works so well, why would I ever stop?

The honest answer is I don’t know. At the moment my thought is, well, as long as I’m not continually taking more, I’m happy with it. I can only speak for myself and say: a) it’s worked really well so far, and b) I’d prefer to avoid taking a higher dosage if possible.

Introducing My Next Book, Brought to You By Pfizer

Writing with Adderall helps you focus. It doesn’t do the work for you.

One thing I’ve mentioned to several of the people who’ve written in: you really need to have a task in mind or project in front of you when you’re on it. Research-based projects aren’t as ideal as projects where you know what you have to do, you’re just having trouble doing it.

Once in a while, though, it does feel like this:

So that’s fun, at least for someone who previously struggled in making progress on something I believe in.

There’s one other thing I should mention. Regular readers know that a few months ago, I experienced a tremendous shock when my brother died unexpectedly. The grief process has been difficult, to say the least, and I expect there’s still a long way to go.

I took time off from the blog as soon as this happened, something I hadn’t done in more than seven years of blogging. I also took time away from the book manuscript, but before much longer I was able to return to writing. In some ways the writing was therapeutic, and in other ways it was just good to have something to focus on. I didn’t want to just sit around feeling sad—or at least, if I was sitting around feeling sad, I might as well be working on something.

The subhead (“My Next Book, Brought to You By Pfizer”) is a joke, but in the midst of this tragic situation, I really do think it would have been much harder to finish the manuscript without the medication.

How to Mitigate Other Concerns: Loss of Appetite, Sleeplessness, etc.

As I mentioned in the original post, I did notice some side affects of taking the medication. When I was on it, I never felt hungry, and I also sometimes had a hard time sleeping.

It turns out there’s an easy way to solve the first problem: just eat! For me at least, it’s not that I’m never hungry when I’ve taken my pill, it’s that I don’t really feel the need to start eating. But when I do start eating, I realize that I’m about as hungry as normal and I enjoy the food.

To mitigate this concern, I almost always take the medication either with food or immediately after eating. I suppose it could be more effective if I didn’t, but then again I could just take more if that’s what I wanted—and that’s not what I want.

Sleeplessness is the bigger concern. When I take 10mg instead of 5mg, with the second dose coming later in the day, I do sometimes have a hard time falling asleep. Interestingly, I’m not usually tired the next morning, which is strange.

So in short, I haven’t completely got the insomnia figured out, but that’s the only major issue of the moment. For me the overall effects are definitely net positive.

I share this experience for anyone who struggles with creative work. If the usual advice—“just turn off the wifi and put down your phone”—doesn’t work for you, maybe you should consider seeing an M.D. or naturopath or whoever you trust with your health, and maybe you should ask them about Adderall or similar options.