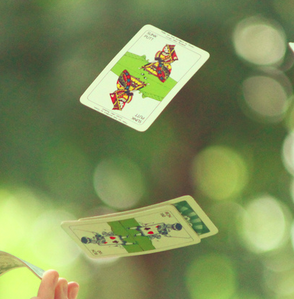 Here’s the whole story of my experience taking the prescription drug Adderall (the brand name for amphetamine and dextroamphetamine) to help with an increasing inability to focus. If you’re in a similar situation, this might help you, but don’t skip the details and disclaimers.

Regular readers may know that from time to time, I get somewhat frustrated with myself. I always go back and forth on how much I should share about this on the blog and in the newsletter. On the one hand, I always want to be open and trusting with the great community that cares about the work and the people.

On the other hand, I tend to believe that one of the best ways we can solve our own problems is to focus on serving others. So at a certain point, if you’re just complaining about yourself all the time, it becomes asinine and unattractive.

There’s no way around the obvious, though: I’ve really had a hard time focusing, and for the past year or so, this problem has accelerated. I really struggled in writing my last book, to the point where I was four months late in delivering the manuscript and had to receive a lot of help from my fantastic editor. I appreciated his help, but I don’t want to depend on such a thing—and I don’t want to be late again!

I’ve recently started outlining a new book, and I want the process to go much smoother this time.

Lastly, even though I’m the one struggling, one of the things that bothers me the most is that I feel like I’ve been letting this community down. There are so many great people in our midst. There are so many more stories to tell and solutions to offer. Every day I feel fortunate that I get to have this “job,” and I always want to be open to improvement. So if there’s something I can do that will help me provide better tools and resources for people, I definitely want to consider it.

In short, I decided to seek help. I probably should have tried this long ago, but for whatever reason I chose not to. Part of it is a resistance to medication in general. I generally prefer to solve my own problems, or at least solve them naturally. But eventually I realized that my resistance to treatment was essentially a limiting belief of its own.

A friend made the analogy that if someone is diabetic, we don’t expect them to “manage themselves” without insulin. It’s just something they need! So finally I decided, OK, I’ll conduct an experiment… and I knew what I wanted to try.

I went to a naturopath and discussed the problem, along with my proposed treatment plan. On the one hand, it’s not necessarily a good idea to go to a doctor and say, “Hey, here’s what I want to do—will you support it?” But on the other hand, I also think that most good healthcare practitioners believe that a patient taking interest in their own care is the best possible scenario.

Sorry for All the Preamble. Here’s What Happened

After a detailed conversation, the doc prescribed a low dosage of Adderall, the brand name for amphetamine and dextroamphetamine. Later that day I filled the prescription and talked with the pharmacist, who also mentioned that it was a pretty low amount.

I was happy with that approach. Best to start out low, and if it didn’t work, no big deal. I was still doing okay—I just wasn’t doing great.

The next day I went to work. I set up my MacBook, poured coffee and sparkling water, and took my first low-dose (5mg) pill. Would I even notice anything? Maybe the doc was messing with me and prescribing such a low dose that it would trigger a placebo effect.

Well… I definitely noticed. It wasn’t a placebo effect; it was pretty incredible. Twenty minutes after taking it, I was fully immersed in the tasks at hand.

Replies to emails I had ignored (sorry, everyone) were suddenly flying out of my inbox. Draft posts filled up my Evernote and WordPress screens. That new book I hoped to outline? All of a sudden, I knew what to do. The clutter of emails and half-finished sentences made sense, or at least I knew how to make them make sense, which is the essential struggle of most writers and plenty of other creative people.

By the way, those last few sentences were written in passive tense, but that’s what it felt like. I’m just the channel! This is working!

Have you seen the movie Limitless? Check out the trailer below. After struggling with focus for many, many months, this is what I felt like my first day on Adderall:

No kidding—it was pretty epic. It wasn’t like being high, at least as far as I know (I don’t actually have much experience with other drugs, unfortunately). In my limited experience, it was better. Instead of helping me zone out, this was something that helped me do what I wanted to do.

It really and truly helped. And for more than two hours, I was on fire. Then, for the next two hours, it wasn’t quite as intense, but I was still focused. It felt great, truly. I was extremely glad I began the experiment. And truth be told, I was really looking forward to the next day and the next dose. Which—you may have guessed this—leads to a few concerns.

After I’d been taking it for a week, crushing out my work and feeling great, I decided to read up on the dosage and experiences of other people. There are several online forums consisting of people who use Adderall and other drugs to manage ADD, so I was curious to skim a few reports.

The first thing I noticed was that my dosage was indeed very low. I was taking just 5mg once or twice a day, and not even every day. Other people were taking as much as 30mg, 60mg, or even 100mg (!) in a day—which seemed incredible to me. I was having great results with just a tiny amount. Some people were taking literally twenty times my dosage.

This led me to a concern: dependency. Would I come to need more and more of it? Would I not be able to work at all without it?

I’ve been taking it off and on for four weeks now, and so far I haven’t run into that problem. I don’t take it every day (I take one weekend day off each week, and if it’s a full travel day I don’t take it then either—which in my case, happens fairly often). I also haven’t noticed the small dose becoming any less effective.

However, it’s fair to say that it’s still early in my usage. Even though I don’t think anything bad will happen, and I’m taking it under the care of a physician, with something like this it’s hard to know for sure about the future. I suppose only time and experience will tell.

There are a couple of other issues and side effects that deserve some attention.

Lack of appetite. When you take Adderall, you simply don’t want to eat. As in, you don’t want to eat anything at all. The funny thing is that you can eat—you just don’t want to. If you make or pick up a meal and put it in front of you, you won’t feel full right after you start eating, but you also won’t feel naturally hungry. Weird. I can totally see how teenagers or anyone with an eating disorder could abuse this drug, which is probably one of several reasons why it’s a controlled substance.

I’ve mitigated this by eating a large breakfast (right when I take the pill, usually around 8am or 9am) and then supplementing with snacks for the next 4-6 hours, usually a green smoothie and protein bar, plus more coffee. But seriously, if you go on a similar treatment plan, make sure you plan your meals or they simply won’t happen.

Insomnia. Amphetamines are speed—they keep you awake. A single dose is like drinking three cups of strong coffee that stay in your system for hours, without any obvious negative side effects. I’ve actually been struggling with sleep a fair amount lately, but this problem began before I started taking the drug. I’m not sure what to do about that, but at the moment I don’t consider it totally related. I certainly wouldn’t take Adderall in the evening, unless I was in charge of night watch at a NASA shuttle launch.

Mild depression. As discussed in the 2014 Annual Review, I was fairly sad for large parts of the past year, and Adderall doesn’t treat depression. I do notice that when I’m on it, though, I’m not sad. I’m focused! And I’m able to work, which does make me happy.

I’ve written this whole 1,500+ word post without stopping to do other stuff, which is no small miracle for me lately. Every day I’ve taken it, I’ve been back to my old pattern of writing 1,000 words a day, and often much more. But just to be clear, it hasn’t solved all my problems. It’s a wonderful distraction that helps me accomplish the things I need to do.

But Actually, It’s Great! (At Least for Me, So Far)

In listing all the problems and concerns, it may sound like I don’t think this has been a good experiment. But that’s not the case at all—I think it’s been great. I’m pleasantly surprised at how much it’s helping me, and that’s why I wanted to share this story with anyone who might be in a similar situation, as well as anyone who knows a struggling writer or creative.

If you’re also experiencing an inability to focus that can’t be solved by lame advice like “don’t use the internet when you write,” maybe you should consider a trial run too. I just want to be clear about the whole picture, so that you have all the information.

Next steps: obviously (duh), talk to your doctor. Don’t buy it on the street — is that a thing? — or otherwise try to game the system. Travel hacking is great; drug hacking, not so much.

Lastly, what works for me may not work for you.

But it just might. And at least in my case, that’s why I decided to give it a try.

Do you have experience with taking medication like Adderall? Do you think it’s good or bad?

A Reader’s Experience of Taking Adderall To Help With Focus

One Year of Taking Adderall to Help with Writing & Focus