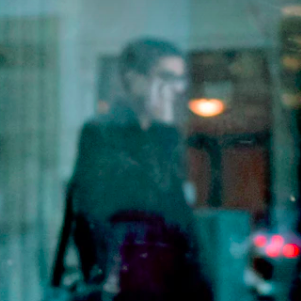 For the past 11 (!) years, I’ve spent the majority of a week in December thinking about my life and planning a series of goals for the following year.

As I’ve said before, I can trace whatever success I’ve had to instituting and diligently following this practice. It’s helped me write books, travel to every country in the world, start various businesses, produce events for thousands of people, and so on. After feeling that my life wasn’t well-aligned, I recently added more categories focused on wellness and relationships—and that decision helped a lot too.

But for some reason, as this year’s review time rolled around, I felt some resistance to it. I didn’t look forward to it the way I always have in the past.

I suppose the first challenge was that the past couple of years have been hard in several ways. Don’t get me wrong; I have a great life and feel very fortunate most of the time. I work on projects I believe in and I can see the impact they have on people. If I could do anything in the world, it would be … well, pretty much what I’m doing now.

Still, as I observed once and have thought of many times, just because you’re successful doesn’t mean you won’t experience melancholy. For me, at some point, the melancholy slipped into something more enduring that has felt hard to escape.

Related to this, and related to every aspect of my life, is the loss of my brother. It’s not something I write about all the time but it’s ever-present nonetheless. Time passes but the loss doesn’t diminish in impact. Or if it does—if the awareness recedes from my consciousness for a day or two—when it comes back, it feels all the more unbearable.

Then of course, there was the apocalypse of November 8 and all that’s happened since then. My therapist told me that 90% of her clients have been anxious about it, and I’m no different. Much of America, or at least 51% of us, I guess, continue to be shocked and disturbed.

What does this have to do with the review? Maybe a couple things. First, I don’t want to be false or inauthentic with you. You are the reason I write, so you deserve nothing less than the best I can offer.

Second, at least for the past couple of years, I’ve noticed that the writing of the review has interfered a bit with the actual review. Again, there wasn’t anything false about it, but I also felt pressure to complete all the posts in time and therefore didn’t spend as many hours in actual reflection as I used to.

So this year I changed it up. Over the past week I’ve been away, working on edits for a manuscript (more on this later! I’m eager to tell you about it) while making review notes in a different fashion than I’ve done before.

Will there be a public review of sorts? Yeah, of course! But that portion won’t be the same as it’s been for the eight years. I need to make a change.

Speaking of change, I realize that much of the above may seem fairly negative. Let me be clear: it’s all true, but it’s also true that I’m very excited about several other things.

In particular, I’m genuinely excited about a major shift in how I do just about everything. On January 1 I’ll be starting a Big New Project that feels truly fresh. It’s also a real challenge for me, in the way that I haven’t felt for a while.

That project will be a daily focus that will last throughout 2017, and I’ll tell you about it soon.

If you’d like to do your own Annual Review, there’s no need to be influenced by my angst and randomness. Start here with the original post, and see where it leads you.

As I said, the “classic” version of the review served me well for a very long time. Maybe I’ll be able to return to it next year, or maybe I’ll find another structure to work from. Either way, I’ll still be grateful. And I will always look to the future instead of the past, for the future is all that we have to hope for.

I’ve never been interested in balance for the sake of balance. No, it’s more a case of co-existence: some pain, some joy, and the same daily habit of creating through it all.

See you in the future?

Once more with feeling,

2017 Annual Review: How to Evaluate Your Life Even When You’re Feeling Sad
© 2023 The Art of Non-Conformity | Site by Bytegrow Technologies