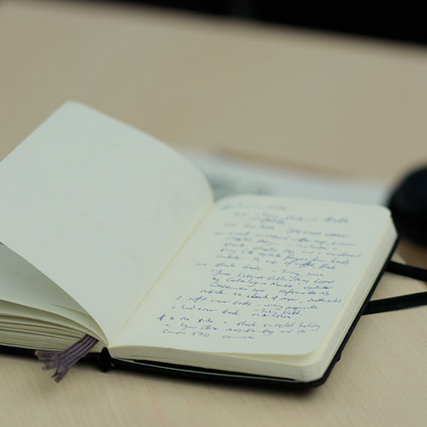 Every year I set aside a long block of time, typically the better part of a week, to look back at the year that’s ending and look ahead to the next.

I try to live an active life and pursue a lot of different challenges and adventures. Pretty much every time I begin the review, I think, “What a crazy year it’s been!”

In the case of 2015, I began the year fairly well, had the worst thing imaginable happen in the middle, and then managed to close out on a relatively high note.

As I was sitting down to write these notes, I have to confess that I wasn’t feeling super excited. My mind continued to drift toward the negative emotions, revisiting the things that make me sad. As usual, though, I discovered that there were several good things from the year that I’d completely forgotten about.

–This year’s WDS was the best-ever. I know, I often say that it’s the best-ever … but it just continues to get better and better.

I was so proud of our 100-person team. We worked together to set a major World Record right in Pioneer Courthouse Square, we took over the city with thousands in attendance once again, and (best of all) we had an intense and emotional experience together in the theaters as well as around town during the whole weekend.

My parents and sister were able to come this year, and I was really glad that they could see a major part of my work for the first time.

(And thanks so much to all of you who were there as well. WDS is all about community, and our tribe of folks who return year after year. Next year will be awesome, too!)

–Together with my friend and travel hacking collaborator Stephanie Zito, I created and hosted an all-new travel course, Make Your Dream Trip a Reality.

This was a TON of work that basically called for a month of full-time commitment. We recorded 25 days worth of content with a live audience in Seattle. Then, throughout the next month, a new online lesson was released every day.

–After recording the course, Stephanie and I went on a “Dream Trip,” using Alaska Airlines miles to redeem a First Class trip to Dubai and Singapore on Emirates. I got to take an in-flight shower!

–Speaking of travel, I had a lot of other good trips too. I traveled on two Round-the-World tickets, took several other major trips, and re-qualified for status with all my main travel programs.

–We hosted an all-new Pioneer Nation event in the fall. This was the first time we’ve taken a large group offsite to a resort location for several days of immersive experience. Like WDS, it was also a lot of work, but it went well.

–I continued writing and publishing, almost on a daily basis. My original goal was to publish 500 posts on the blog this year. I didn’t quite get there, but I still feel proud of the overall output and effort.

–Perhaps the biggest thing of all: I wrote a new book! The book is about how to find the work you were meant to do, and I’m very excited about releasing it to the world in April next year. I also found some solace in writing it even as I was disturbed by other things. It’s a minor miracle that I managed to finish it on time (even a bit early, actually), so I’m happy about that.

–In non-career goals, I can say honestly that I was a better friend and person this year. In 2015 I felt troubled in the overall area of relationships, and this year I paid much closer attention to people I care about. Also, I was loyal. As best as I can tell, when faced with hard choices, I made the right ones. When I had the chance to choose cruelty or kindness, I chose kindness.

–Overall, I gave more—both financially and of my time and other resources. In a previous review, I wrote this:

And I’m happy to note that I adhered to this value more often than not, and I improved in this area overall.

It’s always fun to look back through the calendar and remember a bunch of stuff. It wasn’t a terrible year after all! Or maybe in some ways it was, but life is complex and we can still be happy about good things even in the midst of other loss.

After wrestling with these notes in different ways, I decided to switch the format a bit for this section, because everything besides the obvious feels inconsequential.

It was a rough year in several ways. But most of all, on June 21, my brother, Ken, died at his home in Washington, DC.

I had a bunch of other setbacks and there was plenty of stuff I failed at, but does it matter? It’s hard to get past the main thing, and I don’t like the idea of listing out a bunch of other items that pale in comparison to the loss of Ken.

When evaluating different situations, it’s often good to ask, “What’s the worst thing that could happen?” This can be a great motivational tool if you’re trying to decide whether to quit your job or move across the country or whatever. But sometimes the worst thing actually does happen, and then what do you do when there’s no good answer or resolution?

It’s not my intention to dwell on this subject too much at the moment. I’ve written a lot about it already and I plan to continue doing so, whenever the time is right. So for now, to focus on the only positive I know, here’s what I wrote in a recent post on visiting Ken in the veteran’s cemetery.

***
And as you remember that person you love, it may help to consider the only prescriptive lesson I’ve learned so far in the journey: don’t stop believing in what matters, even when it’s hard. Continue to follow your dreams, even if some adjustments are needed.

Do try to live better, being mindful that you are now representing someone who has moved on, and try to honor their memory as best as you can.
***

So yeah—it’s hard. But I’ll try to pull through and live for him and continue to challenge myself, as I know he’d want.

I’m glad I was able to work. I’m pleased I could write a new book. And I’m especially happy that I improved in giving, gratitude, and being a good friend.

I’ve been values-focused throughout most of the year, which is something I identified as a major goal for this year, and I’ve made a lot of good decisions. I’ll always regret the tragic loss, and I’ll always wish I could have done something. But I’m trying to stay above the proverbial water line. I’m not moving on but I’m trying to move forward.

I hope you’re able to complete your own review, either through my process or your own. In the past I’ve encouraged readers to share comments on the blog with their own review. This year, I encourage you to share it elsewhere—whether through your choice of social network (feel free to use #AnnualReview if you want me to see it) or however you’d like.

Oh, and if you’re new, this post is just the overview. I’ll have more lessons about work and travel in the upcoming posts, coming later this week and next.

Season’s greetings to all! I’m grateful for you. 🙂

The Importance of Having a Breakdown, AKA “What Happened to the Annual Review”
© 2022 The Art of Non-Conformity | Site by Bytegrow Technologies