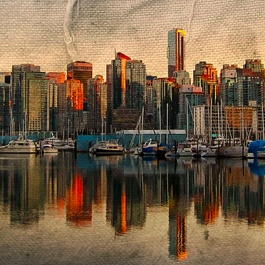 And… the Annual Review continues! Today’s post is all about the future.

You’re welcome to share your lessons too, and—new bonus!—we’ll award a $100 Powell’s gift card to the person who leaves the best comment by the end of the week, as determined by our cats and biased judges.

Right after Christmas, I’ll also share a roundup post consisting of lessons and observations from many of you. Remember: include a link to any AONC Annual Review post, along with the hashtag #AnnualReview. We’ll feature as many different perspectives as possible.

As I told the story in several posts, it was a long year with many ups and downs. And so it should be, though for once I might prefer a few less extremes.

Lots of other people have written in to say that their year was tough, too. Hey everyone—you’re not alone! And if you had a great year, that’s fine too. Take the win and celebrate, for life is good either way.

As I’ve spent more than twenty hours this week thinking about what I want my life to be like next year, I thought it would probably be most appropriate to begin with an overall vision.

If you struggle with something negative, perhaps it’s worthwhile to consider its opposite. In my case, as I mentioned in the first post, I’ve been struggling with a number of negative feelings, some of them undoubtedly related to one another and others more likely distinct.

The opposite of defeated is victorious.

The opposite of fear is love.

The opposite of dread is anticipation or confidence.

The opposite of anxiety is calm.

A while back I wrote a post called The Goal, which was all about working hard while being in harmony with other aspects of your life. Reading it now, a couple of years later, it still seems appropriate. Here’s a brief passage:

To wake in the morning full of life and energy, awaiting the day with anticipation and purpose.

To step out into the world ready to accomplish a significant task.

To engage and initiate instead of merely responding. To take the active choice that you will make something happen.

To maintain harmony and goodwill in relationships. To follow Shakespeare’s adage: love all, trust a few, and do wrong to no one.

To focus on contribution and engagement instead of withdrawal into yourself. (Tip: When you aren’t sure what to do next, find a small way to help someone.)

To pursue productive, meaningful work. To spend most of your time doing something that you and others find meaningful.

To accept that everything you create will likely be flawed in some way, but to create anyway.

I won’t be sharing all my goals this year, because some of them are fairly personal and not necessarily relevant to every reader of the blog. So on that point I’ll just say: watch this space.

Oh, and I’ll also share a few specific values I’m embracing, which I’ve tried to place in a central position of all my goals this year, even those that are more specifically career-oriented.

These values are giving, gratitude, space, and focus.

Space is about freeing up my world a bit to more clearly spend time on what matters, and to (selectively) be open to new opportunities.

Focus is about doing a good job for the few areas I’ve chosen to excel. I’ll explain more about what those are in a moment.

Also, this year I have a more clearly defined practice: a return to much more daily writing, both for the blog and for the new book I’ll be writing.

These may not sound super ground-breaking, but for me they represent a clear shift. In the past week I’ve turned down five speaking invitations. I’ve cleared entire weeks from my 2015 calendar. I’ve been talking to colleagues about how they can be more responsible for some of the projects we’ve co-created (in return for greater compensation or other benefit to them, of course). I really, really want to do this well.

But Oh Hey, There Are Also Some Goals!

Make no mistake. I’m not going to become a monk or start playing golf. I will continue to be a voice in the wilderness of “do one thing” crying out for meaningful work, for crafting our lives around endeavors that matter and improve other people’s lives.

No, I’m just saying that I want to be less tightly-scheduled so that I have more space to do things I believe in, and to ensure I can be consistent with the values and practice I’ve selected.

And yes, I do have some career goals. A few of them include:

In fact, before I go further, I should emphasize these points: book, blog, gatherings. These are three things I do somewhat well, at least relatively so. Writing a book requires an ongoing focus that is different from other kinds of writing. You can’t just “crush out” a book, at least not a good one with a proper narrative and arc. You have to allow more time than you initially expect.

Producing events falls in the same category. To properly organize and host a gathering with hundreds or thousands of people, it takes an incredible amount of time. Once “event mode” kicks in, it’s very hard to work on anything else, even when it’s literally weeks before the event actually arrives. Much of the work is front-loaded, or at least it should be if you want it to be successful and valuable.

So those things will take a lot of time and focus, and I’m okay with that. I’ll be pretty careful about other stuff. As of right now there are just a few other locked-and-loaded commitments on the calendar for the first half of the year. These include:

As with the values and daily practice, perhaps this doesn’t sound like much on the surface. Where’s the 50-city tour? Where are the 30 new countries? The 5 new businesses?

Well, as I said, I’m not completely “slowing down”—but I do want to improve. So that’s the goal, one day at a time.

No discussion of goals, whether personal or career, would be complete without mentioning the whole point of them: you. For years I’ve felt that we are tapping less than 10% of the worth and collective experiences of everyone who cares or participates in the blog, the events, the business, or anything I do.

So I’m committing, as I’ve done before, to continue to do everything I can to find ways to serve the community, as well as enable the community to help one another.

Final Thoughts — and What About You?

Every year when I conduct the Annual Review, a funny thing happens: there’s a settling or realignment in the public side of AONC. Inevitably, a lot of people unsubscribe as they don’t find this process to be their cup of tea. Sorry! This year in particular, I wanted to be comprehensive and as honest as possible.

As best as I can tell, though, others draw closer, others join the ranks, and in general it helps to orient me and anyone else who cares for what will be happening over the next year.

This should be a lesson for you, too: don’t try to serve “everyone,” and do everything you can to find your true north. Not everyone may understand, but the right people will.