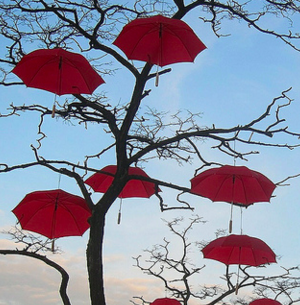 I spend as much time as possible working on things I believe in. It’s not all out of compulsion—it’s also because I’m motivated to create and share. I’m happiest when I’m making progress on projects that make a difference in the world, or at least the corner of the world in which I have influence.

This post provides a review and critique of my overall work in 2015.

For years now, I’ve been saying that I want to become more specific and intentional. The problem is that I’m fairly good at a number of things. I know how to decipher and deconstruct successful solutions in several different fields and areas.

This might sound like an arrogant statement, but my point is that being fairly good at a number of things is actually a real problem. When you can do a decent job in a variety of roles, you run the risk of never becoming really great at anything.

I haven’t completely solved the problem yet, but this year I made clear progress in this area.

I said last year that I wanted to make writing much more of a regular habit in 2015. Long ago I espoused the 1,000 words a day habit that has now been written about (no irony intended!) many times over, but last year I had also gotten a bit off track.

I didn’t write 1,000 words a day every day in 2015. But overall, I did fairly well. I published several hundred posts and wrote an all-new book that clocked in at around 72,000 words.

What I didn’t do was almost any freelance writing at all. In the past I wrote a newspaper column, a number of regular series for several big websites, and various other one-off pieces. I pursued none of these kinds of opportunities this year, and said no to almost every offer that came my way.

I feel slightly conflicted about this, because if you write for the right audience, you definitely expose yourself to new readers—which is great! But many times, you’re simply writing into the ether and no one reads. If I’m going to write into the ether, I’ll do it on my own blog. 🙂

I derive most satisfaction from writing when it’s shared and enjoyed by others. I occasionally write in a private journal, but mostly I make notes about projects and tasks.

Speaking of writing for others…

OMG, I Finished the Book!

Finishing my new book was definitely a major success of the year. I returned to the writing style I used in The $100 Startup, and I interviewed case studies in more detail than I’ve done before.

I had written about two-thirds of the manuscript before this summer, and then took a forced break for several weeks. Fortunately, I was able to return to the work and even turned in the final manuscript a bit early.

Just as important, when I finished the writing and editing process, I didn’t feel burned out at all. In the past, and especially with the last book I wrote, I ended the writing feeling frustrated with myself and not sure if I’d want to write another book for a while. This time, I ended and thought: That was great. A short break to do other things will be good, but I can totally picture getting back into another book before too long.

Not too soon, though—because Born for This drops on April 5! The goal of the book is to help people find the work they were born to do. In January you’ll have a chance to pre-order and become part of an all-new community.

I hope and plan to do a much better job getting the word out about this book, and if you believe in the message, I’d definitely love your help. Oh, and yes—there will be a worldwide tour! Stay tuned for details.

I had a great time working with my friend and travel hacking colleague Stephanie, especially when we produced Make Your Dream Trip a Reality, a 28-lesson course filmed in a Seattle studio. It was a ton of work and I’m not sure the overall ROI was worth it, at least from a financial perspective, but I still enjoyed the process of preparing and presenting the material.

The Travel Hacking Cartel stabilized quite a bit this year, no small thanks to Tyler Tervooren, who is now the Community Manager and a co-owner in the project. We have good hopes that it will return to its original growth path in 2016.

I’ve slowed down on publishing any other Unconventional Guides, completing only one this year (and that was in January). It’s been a fun business, but increasingly I think the future of online publishing lies elsewhere. What does the future hold? Well, that’s a whole other story. I have some ideas on it and will share more soon.

Unlike other years, I didn’t actually begin any major new projects, businesses, or courses. I also gave fewer talks this year. I hosted WDS and Pioneer Nation, as usual, and I had a few speaking events here and there—but far fewer than I’ve done in other recent years.

But still, maybe I made more progress in focusing than I thought. As is usually the case with the Annual Review, when I look back I can see more successes than I realized. And this time, I can see that I’m (finally) becoming more intentional and focused.

Biggest Disappointment (Once More, with Feeling)

For years and years I’ve wanted to improve in tapping into the potential of our amazing community. We have so many remarkable people doing interesting things, and for a long time I’ve been troubled that we are only drawing out a small potential of their overall capacity.

Technically, I improved. Some things are better. In particular, it’s been great to share many stories of readers who’ve taken steps to create change in their lives, especially those who’ve been able to travel for extended periods of time or otherwise pursue a big dream.

But I’m still largely dissatisfied. In the upcoming “Looking Forward” post, I’ll share some more ideas on how I hope to address this in the future.

Biggest Lesson: The Next Big Thing Is Small

It’s become increasingly clear that the new means of online engagement is through specific social networks, and that a lot of things have changed for anyone hoping to get their message out. (Translation: what worked before doesn’t work now.)

I think it will be extremely important to figure this out. There are winners and losers with every cultural and technological shift. The winners are the ones who adapt and look to the future, not the past. And hopefully I can do that while still presenting a unique worldview, and still remaining true to the timeless values of nonconformity and challenge.

As part of this attempt to evolve, I’ll be ending some of the work I’ve done for years, and I’ll be starting several new things.

It’s going to be a brave new world in 2016. I’ll let you know what I learn, but I also hope that you’ll join me as we figure it out together. 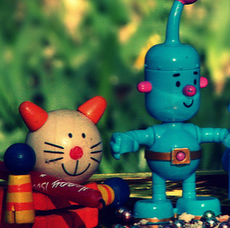 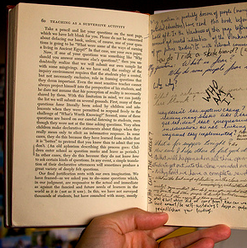