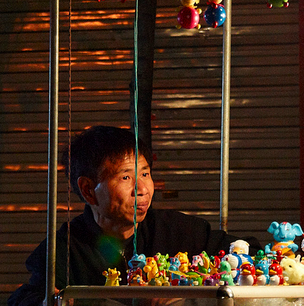 And… the Annual Review continues! Today’s post builds on Monday’s, with some more specific lessons related to entrepreneurship, writing, and work.

You’re welcome to share your lessons too, and—new bonus!—we’ll award a $100 Powell’s gift card to the person who leaves the best comment by the end of the week, as determined by our cats and biased judges.

2014 Annual Review Process & Template
Looking Back on a Complicated Year

As is the case every year, 2014 was a busy and active year of work. Despite the various personal challenges (see: sad, late, unreliable, etc.), I still managed to be moderately productive.

Sometimes people ask what exactly I do and how I get paid. Well, I do a lot of things. I essentially have several different careers that operate in tandem, and for the most part, I wouldn’t want to choose between them. When it comes to 2014:

I wrote and published a new book, The Happiness of Pursuit. As regular readers know, this book is about quests and adventures, including my own journey to every country, as well as the quests of many other people around the world.

I published several guides through the Unconventional Guides brand I founded six years ago.

I gave some talks, at reader events in 40 cities and an additional dozen events, conferences, and organizations around the world.

This year I spoke at several fun conferences (highlights: Alive in Berlin, The Art Of, AwesomenessFest, Copyblogger, CoStarters, Frequent Traveler University), a number of great groups and organizations (highlights: Gumroad Studio, General Assembly) and even a few companies (including my third visit to speak at Google—they have an awesome free lunch there!).

I worked with a great team to produce two big events, the inaugural Pioneer Nation and the fourth annual World Domination Summit.

and overall I tried to improve, with mixed results. As I said in the overview post, you can be successful and still struggle. But the corollary is: you can struggle and still be successful. A lot of things happened in 2014, and some of them were pretty good!

Nevertheless, in looking at lessons learned, it’s good to look at frustrations, failures, and anything that just feels difficult.

T’was a complicated year, and here are a few things that I learned.

In a changing world, winners stay ahead.

When asking, “Why are things so hard lately?” it helps to take a step back. Are you going against the flow? That’s a great thing to do in life. Fight the power, think for yourself, etc.

But in independent work in general, and especially in entrepreneurship, you want to be leading people forward. Value is created by being helpful and offering genuine solutions to problems. You can’t create a problem; you have to identify problems and fix them.

A few weeks ago I received some great advice from a trusted friend, who said something like:

“The context for much of this world—independent work, life planning, nomadism, and such—is not stagnant. It changes over time, and there are clear shifts in how it’s perceived and applied. You’ve been part of changing it. Part of the reason that it’s evolved comes from you. But you also need to stay ahead of the curve. Your job isn’t to support a status quo that you helped create; it’s to look to the future and speak to what’s ahead.”

Now that I think about it, she didn’t actually say all of that. But she gave me the first part, and then I immediately realized the rest. Of course things won’t remain the same! Why should we expect them to?

It reminds me of that old saying of Einstein’s: “Insanity is doing things the same way and expecting different results.” We hear this and think, well, naturally. Who would do that? But then that’s exactly what we do, because we don’t know any better and because it worked before.

As Flannery O’Connor once wrote, everything that rises must converge. To mix metaphors, the world can’t stay flat forever. So we, too, need to change how we approach this beautiful and unconventional world of living unconventionally.

Just because you’re good at something doesn’t mean it’s what you should do.

This is the logical extension of the first lesson. There are lots of things that any of us could be good at. But thanks to higher education and the general privilege of being able to forge our own destiny, selecting the right work to pursue is a major challenge for many of us.

In my case, I could probably be a decent technical writer, jotting down user tutorials or software manuals, or a competent middle-manager, leading a team in a large company and generally exceeding expectations from my superiors. Thankfully, I’m not doing either of those things! No, the challenge is to find what we’re great at and do that thing.

So I’m thinking about that a lot lately, and how it applies to the future of all the different projects I’ve built and want to build. Just because I’m good at something (well, let’s say decent) doesn’t mean it’s how I should choose to invest my limited time in 2015 and beyond.

No matter the endeavor, I always hit a ceiling of success… and then settle.

I’m pretty good at starting. I’m pretty good at delving into problems and finding interesting solutions. But as I discover over and over, I’m just really not good at sustaining the same project over time. For some reason, I always hit a ceiling of success. I don’t really know why.

This blog is the exception. For six years I’ve found joy and fulfillment in writing here. When I started to feel stagnant, I changed up the format this summer—and now I’m just as energized as ever. Aside from that, though, everything seems to grow to the “Wow, that’s impressive!” level… before fizzling out or settling into a long period of, “Oh, that’s okay.”

My good friend Jonathan Fields once told me that the problem was “too many wells”—as in, too many places to properly devote the attention that any one of them needs to grow. And he’s probably right, as he usually is.

The alternative to scaling yourself (and therefore stretching yourself too thin, inevitably) is to specialize and deep-dive into something. When done well, this is a beautiful thing. A few people (who are also good friends) that do this well are Amy Hoy, Marie Forleo, Ramit Sethi, and Nathan Barry. I’ve been inspired by each of them, in addition to others, who all started as generalists but have become more and more successful over time as they’ve chosen to specialize.

Ultimately I know it’s a choice, with no right or wrong answer for everyone. It’s also the ultimate first-world problem, just like being served packaged nuts in First Class (the horror!).

I’m not quite to the “looking forward” part of the review—that will come over the weekend and early next week. But there are a few things I already know I want to do.

Consider “what sparks joy” in my projects. In one of the most popular posts from this fall, I wrote about Marie Kondo’s model of discarding everything that doesn’t spark joy. She applies this model to the decluttering of a physical space, but If you’re self-employed or can otherwise determine many of your priorities at a job, you can also apply it to work in general.

I’ve been thinking a lot about what I am uniquely good at—not just what I can do, because I’m a bit of a generalist and I’ve found lots of ways to fill my time and make money as an entrepreneur—but about what best suits the limited amount of time available each day, as well as what brings the most joy.

Return to 1,000 words a day. On book tour, everyone asks about this: “How do you manage to write 1,000 words a day?” Well, the honest answer is: sometimes I don’t. Somehow I acquired this reputation, probably because I told everyone I did it every day with no exceptions. And I did, for a long time, but then I fell behind.

Over the past few weeks, I’ve taken drastic measures in this regard, and they’re actually working. Yay. I am a writer, and a writer writes. I’ll share more about how I addressed this discrepancy in an upcoming post of its own.

As always, consider the bigger picture of “what really matters.” Going forward, I’m going to be more relentless in paring down. I’m going to remember the cost of small things. I’m not sure I’ll ever fully embrace the “only do things that are at least a 90 out of 100” philosophy, but I’ll try to be more selective one way or another.

Next year I look forward to much more writing, including completing a full manuscript of my next book (more on that at some point, but not just yet).

I want to do a better job of serving you, dear readers, and everyone else associated with our awesome community. I want to look to the future and not remain stuck in the past, even when the past has been good.

Re: “Let’s talk when you’re free”
© 2023 The Art of Non-Conformity | Site by Bytegrow Technologies