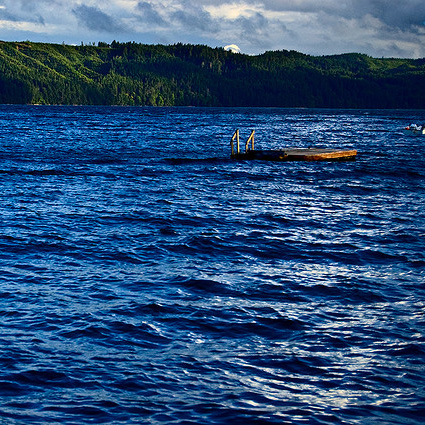 I said recently that I felt frustrated with myself due to poor focus and lack of attention to “big things.”

Of course, whining doesn’t get us anywhere—action is much better. Complete with built-in accountability, this post outlines a few things I’m working on. It’s also a public commitment to correct my shortcomings through the process of continuous improvement.

The number #1 request I get at book events for The $100 Startup always goes like this: “The book is great and I’ve been working on my own project, but can you create something that helps us implement the lessons? Maybe a workshop or course?”

Well, it’s only taken us seven months, but we are indeed doing so.

The course I’m creating will be called ADVENTURE CAPITAL. It will be twelve months long, it won’t be cheap, and therefore it won’t be for everyone.

I’m essentially writing another book for it, and a small team and I are creating an all-new method of delivering information. Our goal is to greatly improve the way that online courses are experienced.

The course itself is about increasing income and creating long-term success in a micro-business by a) making more of the things that people want to buy, and b) finding more of the right people to do so.

I’ll share a sneak preview at some point soon with those on the pre-list, but please join that list only if you’re really interested in the project. (It already has 4,000 people on it, which is far more than we’ll be able to serve with the actual project.)

As I say often, you don’t need to buy any course, product, or method from me or anyone else. I do believe that each of us has the ability to learn on our own, and while I value many of the resources I’ve paid for myself, I also don’t want to ever pressure anyone to buy something.

Therefore, this course will be for those who want it. And it WILL go out to the world in January—one way or another. Really, it will.

Actually getting some help.

Aside from WDS, which now has a full team of overseers who are themselves joined by 50+ volunteers every summer, we keep a fairly lean operation here at World Domination HQ. I have no assistant and I do no outsourcing, and for the most part I’m happy with this model.

However. Research has shown that there are limits to what one person can do, and if one person is doing everything, some things won’t be done well.

Therefore, I’m slowly beginning to work with a few other people on specific projects.

Starting in mid-January, for example, I’ll be back on the road to meet readers on the long $100 Startup tour. This time, we’re doing it differently: instead of attempting to coordinate between my publisher, myself, and various helpful people all over the planet, we’re now relying primarily on local co-hosts to lead the events. What a concept!

It’s actually what I’ve said I’ve been doing for a long time, but upon close inspection I realized that I was the holdup in many of the events we did. People would write me with grand ideas for an event in Kalamazoo, and I’d think “That sounds great!”

But they’d also have a few simple questions, and I’d lose them in my Inbox, which was frustrating for those nice people in Kalamazoo. Short version: I now have someone working with me and the co-hosts, and I expect much greater results.

Tickets to most of these events are free, and if you represent a group, organization, or bookstore you can also suggest a city for a future tour stop.

When something is a success, it’s always good to ask yourself: “Where are we going with this?” AONC and all things related is now a successful business on many levels, yet its growth is hindered by my own flightiness and inattention to detail.

Years ago I wrote a manifesto called 279 Days to Overnight Success that detailed the beginnings of this project, including how it became a full-time living in a short period of time. For a long time I said that small is beautiful, and it is. There’s nothing wrong with staying small by design.

But I think that staying small can also be an excuse for poor management. If you have the chance to grow, why not grow?

The bottom line is that there are seasons. For years I’ve been focused on my travel goal, which is now drawing to an end with only four countries left. (WTF! Four countries! I know.)

I’ve also been focused on my author career, which I’m still excited about and looking forward to writing the next real book, all about quests. But with other things, I’m admittedly scattered, perhaps too much so, and these next few months are an attempt at sorting myself out.

This is the season to get serious about some things and move forward.

When I spoke in Melbourne at Darren’s event, I shared what I called “Problogger Confessional”—an abridged list of all the things I do poorly. As I said at the time, this is not false modesty; there really is a long list of things I do a terrible job at, and it’s not just installing light bulbs.

I’d share it here, but the whole list depresses me. I think the trick is to turn the disappointment into motivation: “OK, I suck at this, but I will get better. I will improve.”

We march on! We shall overcome.

But first, a nap.

Around Here: Notes from Thursday Afternoon