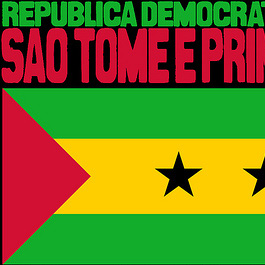 I’m off to see the world again, heading out to West Africa via JFK, LHR, LIS, and DKR over the next couple of days.

This time, I’m attempting to visit two challenging countries, Guinea Bissau and Sao Tome. After ten years of active travel, these are also my final countries in all of Africa.

These countries are hard to visit. In addition to being difficult to limited flight schedules and far-away jumping-off points (Lisbon and Dakar), I don’t have a visa for either country, something that both require prior to departure.

Why am I going anyway, with a real chance that one or both of the visits could fail? Because I have no choice.

Guinea Bissau has no embassy in the U.S. or Canada. (According to some reports, they effectively have no embassy anywhere—it’s not really a tourist destination.)

Sao Tome has an embassy with five-day processing time, but Hurricane Sandy derailed my plans to get it processed in time. It came down to the wire, it didn’t go through, and I had to make a decision—do I proceed?

Yes, I’m proceeding. Time is short and I have four countries left to visit… so #onwards I go.

Where Is Guinea Bissau?

Guinea Bissau is a small country in West Africa, lodged between Senegal and Guinea. It’s not to be confused with Guinea, it’s next-door neighbor, or Papua New Guinea, which is in a totally different part of the world. (Yes, it can be confusing. Wiki info here.)

Where Is Sao Tome?

This island nation is officially known as the Democratic Republic of São Tomé and Príncipe, also located in West/Central Africa but a bit further south. (Wiki here.)

Assuming I’m not thrown in jail while attempting to crash Guinea Bissau, in between trips I’ll be based in Lisbon, Portugal, a city I’m looking forward to exploring for the first time.

Wherever you are, I hope you’re doing well.

Travel hackers, the Chase Bold and Ink cards mentioned in last week’s mega-mileage post had a glitch for two days—ironically the two days right after we published the article—but they’re now available again.