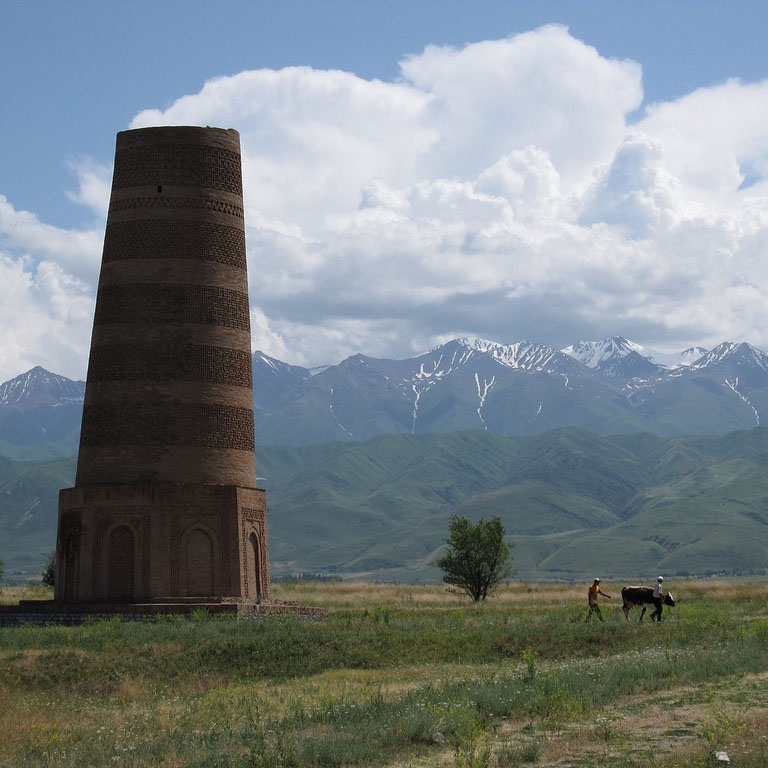 I often think in airport codes, and I know at least a couple hundred of them by memory. Name an airport, even a fairly obscure one, and there’s a good chance I know its shorthand.

But even I was stumped when it came to Ashgabat, Turkmenistan. Until a few years ago when I had racked up my first hundred countries, I wasn’t even sure where Turkmenistan was.

Answers: Turkmenistan is in Central Asia, bordered by Iran, Uzbekistan, Afghanistan, and the Caspian Sea. The airport code is ASB, for the two people out there who are curious.

Getting to Ashgabat required a long journey from Los Angeles to Istanbul, via one-night stopover in London. Two days after beginning my journey from LAX, I walked outside in Ashgabat and stared up at the sky. First impression: there’s a lot of space here. The buildings are huge. The roads are enormously wide.

The previous week I drove from Dallas to Austin and then back again on the way to the SXSW Interactive festival. Looking at the wide open skyline in Ashgabat reminded me of Texas. You know what they say—everything’s bigger in Turkmenistan.

Turkmenistan is a fairly difficult country for Westerners to enter. To get there I had to have a sponsor, which means I had to pay $500. Technically, all I needed was a letter of invitation, but the travel agencies that facilitate western visitors are smart enough to bundle their services. It’s not possible to purchase only a letter; you have to book a hotel stay, airport transfers, and at least some kind of tour through the agency. The other quote I received was $1450, so I decided that $500 was better.

A guide is required to accompany visitors to most places in the country, so I was dutifully ferried around. For some reason my guide called me Alexander for the whole visit. “Let me tell you brief Turkmen history, Alexander.” We drove along and he pointed out the sights. “Over here is Chinese Petroleum Company. Over there is presidential palace, Alexander.”

As part of my tour I went to the national museum. Only museum employees are allowed to escort foreign visitors, so my guide had to wait outside while another guide showed me around. This guide was a 19-year old woman, fresh out of guide school and very nervous. Her English vocabulary was immense, or so I thought at first.

In rapid-fire sentences I heard all about the metallurgic age, the goddess of fertility, and something called an emblem of consciousness. This was all in the first exhibit.

I could hardly keep up, but it was all rote learning, with words and phrases strung together from a textbook. “Wow, you have to memorize a lot!” I said, as she looked at me blankly. “Here is the dynastic contribution from the pre-revolutionary era of neutrality… Some say it was modeled on an Athenian vision of intellect.”

I started sleeping in three-hour shifts. One shift on the red-eye from Istanbul. One shift upon arrival at the hotel. One shift that night before rising at 5am. It wasn’t sustainable, but I did the best I could until it finally caught up to me on my second night in Ashgabat. At 6pm I drank a cup of Nescafe in a fight to stay awake, then promptly fell asleep for six hours. I woke up after midnight with nothing to do but wander downstairs and attempt to work.

Access to Twitter and Facebook is blocked in Turkmenistan, although Turkmenistan Airlines apparently has a page that can only be accessed outside the country. The Guardian and other news sites are also blocked. Unlike parts of China and the U.S. government’s computers in Afghanistan, however, I was pleased to see that The Art of Non-Conformity loaded up with no problems. I cleared my emails and worked on plans for the upcoming book tour.

Next I’m heading to Dubai and then Sudan. After several previous attempts, I now have an airport entry permit that will allow me to get the visa upon arrival in Khartoum. I’m psyched.

My sleep schedule never got corrected, but I packed up, said goodbye to my guides (“Have a nice trip, Alexander”) and prepared to return to Istanbul and beyond.

Getting to Guinea Bissau