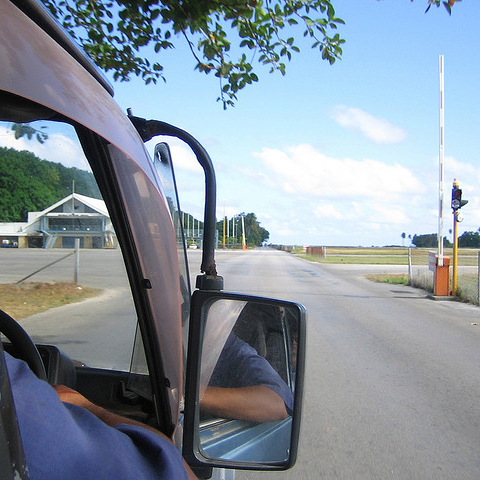 When I boarded the flight to Nauru, I felt like I was going into exile.

The airline that flies to Nauru is called “Our Airline,” which could go down as the most comical airline name I’ve ever heard. (Runner up: “Jubbah Airways” in Somalia.)

I had previously been informed by my visa service that no visa is required to visit Nauru. Unfortunately, that fact turned out to be untrue—pretty much everyone going to Nauru needs a visa. After an earlier failure, I regrouped and made another attempt last week. This time, the visit was successful.

Upon searching for information on Nauru, I didn’t find much. One article that promised to share tips about Nauru “off the beaten path” received this comment from another reader:

“Please! You’re in Nauru … everything is off the beaten path.”

And she was right. There really isn’t much of a path on Nauru, aside from the single Ring Road that goes around the entire island.

I thought about running the course of the entire island (19 kilometers, or just under 12 miles) but was concerned about the heat. During my three-day visit, it never cooled off and the humidity was 75% or higher for much of the day. Attempting to run the distance of almost a half-marathon in such weather wasn’t the best idea, at least for me.

On my second day, however, I had to go to the immigration office to reclaim my passport. For some reason visitors receive their stamps upon arrival, but are then required to report to the actual immigration office a day or two later. It’s not like there was much to do, so I didn’t mind the errand.

En route to the office, we passed by the tiny airport. I noticed that the bus driver drove all the way around the runway, which was protected by a short fence that appeared to be fairly run down. I also recalled that there are only two flights a week—the one I came in on, and the one I’d be leaving on. Hmmm.

After being reunited with my passport, the afternoon began with lunch that consisted of Lipton tea and an entire package of cookies from the small convenience store adjacent to the hotel. The clerk who ran the shop was from China and spoke no more English than I did Chinese. “How are you?” I asked, and he gave me a confused look, watching me like a shoplifter as I perused the limited shelves.

Lunch was followed by productive activities including an extended nap and an attempt at sink-laundry (Protip: it’s all about the drying). Before sunset I changed into as few clothes as possible and ran back along the road to the runway. I didn’t listen to music, but I took my phone with me to take a few photos along the way.

I felt appropriately emboldened as I snuck over the fence, and wondered if I could make it the entire length of the runway and back. First lesson: even on Nauru, runways are LONG. Especially with the 75% humidity, this would not be a sprint.

I set off down the runway and ran ambled down toward the airport itself. I didn’t run around the whole island, but I ran for almost an hour, back and forth. Along the way I thought about the strange life I have that brings me to strange places like Nauru.

Lately I’ve been considering two truths about my adventures. The first is that I’ve known for a while that I’m getting tired. Traveling for a decade, especially with a 20-country-per-year pace over the past five years, is catching up to me. I have less energy and less patience.

I’m not tired of travel per se. I just look forward to traveling with less of an agenda, taking more time in some places and avoiding other places entirely. It will be good to move on when the time comes.

At the same time, I’ve also been aware that I need to hold tightly to this time, since I’m not sure what comes next. The quest has given me a clear goal to focus on for the past five years. I do more than just travel, but the travel is a big part of my identity.

I remember when I went to Easter Island in 2009. At the time, I couldn’t think of a more remote place in the world—but I just didn’t know much about places like Nauru, which is far more remote.

That’s why I try to take the time to appreciate wherever I am, to not let it pass me by without being aware of the magic. I’ll return to the South Pacific again, perhaps many times. But I highly doubt I’ll ever return to this remote runway, which doubles as an airfield and jogging track.

“See you tomorrow,” I said to the servers each night at my hotel. On my last night there, I said it again out of habit. As I left the restaurant, I realized the truth: I would probably never see them again.

*Big news! The $100 Startup is now available for pre-order on Amazon.com and all local bookstores. (I’ll share more info about the book in a full post soon.) 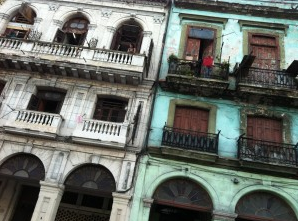