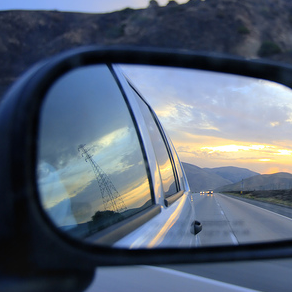 I sat in the back of the room as the keynote speaker talked about his experience as a war veteran. It was a good story for the first five minutes, filled with close calls, bonding with peers, and learning about the outside world.

Then he kept going. He talked for 10, 15, nearly 20 minutes about the war before moving on to the subject he was supposed to speak about.

The war in question (Vietnam) took place more than 30 years ago. Yet to hear him talk, it was as if he had just returned from a tour in Iraq. He told the story as if it had all happened yesterday, and anyone listening could appreciate how the time in the war had made him into the person he was that day.

But it also made me wonder… what has he been doing for the past 30 years?

I looked around the room. The thing about speaking to a crowd of 200 people is that there are always going to be a few people who love everything you say. Aside from this small group that applauded every few minutes, I saw everyone else checking their phones, whispering to their neighbor, or reading through unrelated literature. For the most part, we had stopped paying attention. While our speaker was reliving a war from his youth, we had moved on to the present day.

Here’s another one: have you ever been around a 50-year old man who continually relives his high-school football days? If you haven’t, I can tell you that it’s a sad experience. I’ve heard the stories over and over, but each year I make the ritualistic visit and end up hearing them again.

“So how are things going now?” I ask after a while, trying to advance the conversation 35 years or so.

Then I hear more about the people he knew as a teenager, even though he hasn’t been in contact with most of them for decades. It’s not that I don’t care, strictly speaking. If someone wants to relive their youth, good for them. I just think, “Is that all you’ve got?”

The Danger of Success

Glory days are dangerous, and while I wish I was immune, I know I’m not. When I came back from Africa in 2006, I made sure everyone knew where I’d been. If I met you that summer as I began my new life in Seattle, you’d hear about it within a few minutes of our introduction. Yeah, I knew the president of Liberia, and did I mention that Desmond Tutu and I had coffee together one afternoon in Cape Town? That’s right, we split a blueberry muffin, and I made sure to give him the bigger half.

It was my story and my identity. I felt deeply proud of those times.

As the months wore on, though, I found myself continuing to talk about it with every new person I met. Naturally, some of them were interested and wanted to know more. But others, I think, probably cared more about their own life and with what was happening then – just as most of us do.

The four years in West Africa remain an important part of my identity. Much of my formative thinking comes from that challenging and fulfilling experience. But I realized that in a lot of ways, I’d have to leave that time behind.

I began to think about what I was doing next and my goals for the future. Am I going to be talking about West Africa to everyone I meet 30 years from now? If so, how will I be different from someone who’s still reliving the Vietnam War or talking about his high-school football team from 1969?

In short, I’m going to need more than that. And to be honest, so are you.

The Best Days of Our Lives

We all have foundational experiences that shape the rest of our lives and determine our worldview. For many of us, these times come from high-school, college, or university – when we felt the most attached to our peers and to the outside world as we viewed it at the time.

For others of us, the glory days come through an experience with a close-knit group such as a military unit or a sports team. Still others find them from an extended trip abroad, the beginning of a new relationship, or a job we were especially enamored with at the time.

We are rightly proud of our glory days, because they represent a time of rapid discovery and advancement. Those were “the best days of my life,” we sometimes say. We were challenged and we rose to the challenge. When the time came to an end all too soon, we felt an unusual combination of accomplishment and sadness.

But there comes another time, not too long after the glory days have ended, that we need to put them aside and move on to something else. If those life experiences were really so great, shouldn’t they provide the motivation for greater challenges? What could the future be like if we applied the lessons we learned and went on to something else that was even better?

If we believe that our best days are behind us, we’ve lowered expectations on our future. We’ve reached the plateau, and it’s hard to grow after you’ve come down on the other side and look back on it from a long distance.

Alternatively, when we choose to willingly let go of those times, we’re not really saying farewell – we couldn’t forget them if we tried. Instead, we say to ourselves, wow, wasn’t that incredible? I am so fortunate to have had those experiences. Since my glory days were such a transformative experience, I’d better make sure I find a way to have more of them somehow.

I’d better be faithful with everything I’ve been given, damn it. Life is good, and I want the future to be better than the past.

I don’t want to retire from the sense of being alive. I want to have even more Glory Days. How about you?

Your Goals Are Too Small

The Past Wasn’t Better. Choose the Present Instead

Nostalgia for the Opposite