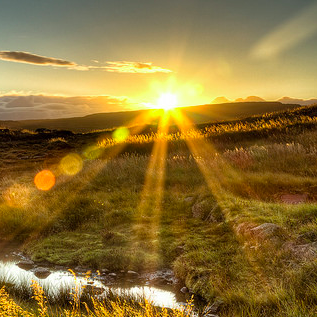 And… the Annual Review continues! Today’s post is all about the future.

In keeping with this unusual year, the format for this post is a bit different than I’ve used before. I noticed that I was feeling some resistance in writing it, so I finally decided to just sit down and start, without worrying about trying to adhere to a specific style.

Much of the year feels like it’s been spent in a time vortex of some kind. If I could, I’d put the whole year on rewind and go back to January.

Yeah, basically I’d love the chance for a complete do-over—but as far as I can tell, such a thing isn’t possible. The good news, I suppose, is that aside from the Annual Review, I’m not usually a fan of looking back on the past. So since only THE FUTURE is within my control, that’s what I’ll think about.

I’ve always had personal goals for relationships, spirituality, and health, but admittedly I don’t always focus on them nearly as much as I do my other goals. Last year I began to be more intentional on cultivating friendships, showing concern and compassion, and generally keeping in touch with people better. This is, admittedly, a work in progress on all levels.

Last year I also set a focus on living according to specific values rather than an overall theme. This year I’ll have a theme (more on that in a bit) but I do want to continue with the values.

Here’s what I said last year:

These values are giving, gratitude, space, and focus.

Space is about freeing up my world a bit to more clearly spend time on what matters, and to (selectively) be open to new opportunities.

Focus is about doing a good job for the few areas I’ve chosen to excel. I’ll explain more about what those are in a moment.

Right at the top of this year’s personal + relationship goals is my hope to honor my brother’s memory as best as I can. I don’t yet have a metric or measurable outcome for this goal; it’s more of an intention or lens for seeing the world. I’m also not ready to think about something tangible or means of channeling the loss into “something positive.” Right now, even six months later, it still feels very raw and devastating.

Anyway, there’s no need to dwell on that more for the moment. The point is: my desire to honor Ken’s life influences everything else in both big and small ways.

2015 was unusual for me in the sense that I had no new book out, no major new product or course, no big shiny new website, or similar.

What was wrong with me? Fortunately, all those things will change for 2016. 🙂

-My #1 career goal is to debut the new book well.

On April 5, my new book, Born for This, will debut worldwide. I’m very excited about it! The goal is to help people find the work they were meant to do. I spent most of this year working on it with a new publishing team, and I can hardly wait to hear what you think of it.

Naturally, it’s not only a book—I’ll also be doing a 30-city tour. There will be a fun online quiz where you can learn more about the best kind of work for you. There will be a new community to help you take regular action to keep you accountable.

***
[Side note: we have most of the tour stops decided on, but there’s still room for 2-3 other cities. If you’re available to co-host an event for me and lots of awesome people in your hometown, please let me know ASAP.]
***

I’m going all-in on this project, and it’s already been my full-time focus for several months. January, February, and March are devoted largely to preparing everything for the launch. Then on April 5—liftoff!

-Adapt to a new form of online publishing.

As someone who loves blogging and was somewhat responsible for the blogger-as-entrepreneur model that reached its height in 2010-2012 (see: 279 Days), I’m very comfortable with doing things the way I’ve done them for the past five or six or even eight years. But guess what? That pattern belongs to the past. It doesn’t work anymore, at least not in the same way.

It’s not that the world IS CHANGING, it’s that the world HAS CHANGED. Small is the new big, or as I think of it, “the next big thing is small.” Those who succeed in the NEW world will be the ones who adapt—and of course I hope to succeed.

I may have more to say about this at some point, but mostly I’m just going to do it. Watch and see.

-Produce and host an all-new WDS.

Last summer during our five-year anniversary event, I announced that WDS 2016 will be changing in format for next summer. This time, we’ll have just 1,000 main-stage seats, located in the Newmark Theatre in downtown Portland (where we were in 2012), which will allow us to forge a more closely-knit community for those who are able to participate.

Those tickets are nearly sold out (800/1,000 so far, with the final round of 200 tickets going on sale in February). However, getting a ticket to the main-stage event is no longer the only way to participate in WDS. We’re actually expanding the rest of the week to include more than 100 additional activities, workshops, and meetups.

Evidently I didn’t communicate this change very well, because ever since I made the announcement, our alumni have been emailing over and over to ask, “Is it true that WDS is getting smaller?”

And the answer is: the main-stage weekend is getting smaller, but everything else during WDS Week is now open to everyone. And I want as many people as possible to share in this experience with us! Later in the spring I’ll explain how tickets will work for all the secondary activities. The short version is: do plan to join us. The dates are August 9-15.

WDS is one of the few things I’ve worked on year after year that continues to bring me joy, despite the tremendous amount of work that’s required. I’m looking forward to doing it once more with this remixed format.

-Travel is a lifestyle, no longer a goal.

I’ll be going to 30 cities in April and May for the tour. I’ll work on requalifying for my status with several airlines and hotel brands, partly because it makes travel easier, but also because it’s fun.

And naturally, I’ll be on the road for lots of other stuff. For me, the road is life.

Yet at the same time, now that I’m no longer going to every country in the world, the specific kind of travel I do is a bit more utilitarian.

I’m still hoping to take a couple of aspirational journeys that I haven’t yet done. And as I mentioned briefly in the 2015 Travel Roundup, I also learned to like unplanned domestic travel where I just show up at the airport and book a ticket on the spot. Because travel is a lifestyle for me and the only restrictions I have are self-imposed, hopefully I’ll get to do more spontaneous things like that at some point.

So, What Else? Is That Enough?

I know it’s a relatively short list, but I’m keeping a few things in my pocket for now. In previous years I’ve been to 30 or more countries in addition to launching books and courses and hosting events for lots of people.

I actually think I have room for more than what’s listed above and what’s in my pocket, but I want to be careful and intentional about it. I want to make absolutely certain I can do these things well—and then if I can, I won’t hesitate to add more. Life is all too short, as many of us have experienced as of late, and I want to build something meaningful.

Speaking of meaningful, I have a theme for this year. It’s COMMUNITY SERVICE.

I want to consider this theme as I adapt to new methods of online and offline communication. I want to launch worldwide community groups for WDS and the new book. I want to do everything I can to bring together like-minded people wherever they are.

And it’s not just “people” in general. It’s YOU, dear reader, who takes the time to read these posts. I want to make sure I’m supporting you in your own life and work as best as I can.

Besides, when I was 13 and had to do community service, I didn’t do a great job at it. So this is effectively another chance for me to get it right. 🙂

As Always, Thank You for Being Part of This

We’ve been through so much, you and me. Maybe you started reading the blog or receiving the emails just to learn about Frequent Flyer Miles or starting an online business. If so, those things are great—I have no plans to stop writing about them.

And I also hope to keep sharing my life online, challenging myself and you wherever we need it, and looking forward to another year with many adventures.

No matter whether last year was awesome or awful for you, I promise the best is yet to come. 2016 is coming up soon!

P.S. There are no longer comments on blog posts (see: the changing world of online communication) but I do hope you’ll complete and share your own Annual Review. Use hashtag #AnnualReview on your blog or favorite network. If you’d like, you can also write me to let me know what you’re planning.

The Importance of Having a Breakdown, AKA “What Happened to the Annual Review”
© 2023 The Art of Non-Conformity | Site by Bytegrow Technologies