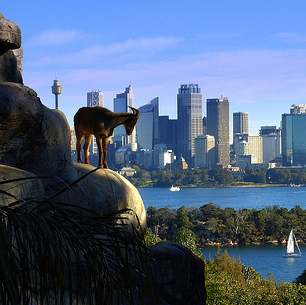 Update: This post contains outdated offers and should only be used for reference. Click the following link for the most up-to-date offers on my favorite travel hacking cards. -cg

Last week I flew to one of my favorite countries. Ever since I first got stuck in Australia after being denied boarding for Nauru, it turned into a country I love to escape to whenever I get the chance—especially the sunny city of Sydney.

Only problem was, this time my favorite sunny city was in a downpour for almost my entire visit. I still had a good time, but I wish I’d left earlier to go to Melbourne, where I ended up for the last two days of my trip. Fortunately, I had a beautiful sunny day there before heading home via Hong Kong and Los Angeles.

Lesson: when it rains in one amazing Australian city, head to another.

As I did with my post-WDS 2013 trip to Malaysia, almost the entire trip was booked with miles and points. In this post I’ll tell you exactly how I did it.

First up, some news on my favorite credit card, the Chase Sapphire Preferred Visa. In addition to its usual 40,000 point sign-up bonus, the card has now been improved to offer an additional 5,000 points for adding an authorized user, which can be done at no charge.

This is my #1 card, and one that I take with me everywhere. As you’ll see in this post, I used points from Chase—as well as other programs—to put together an almost-free trip to Australia over the past week. Even if you’re not a big travel hacker, it’s worth having this card in your wallet.

Going between the U.S. and Australia is one of the most challenging flights to hack. Every time I’ve made the trek, I’ve traveled at least one direction through Asia. There’s just very little premium availability on the much-desired Qantas flights across the pacific, even when much of the cabin is empty.

Thankfully, there’s a loophole. One of the best uses of Delta SkyMiles, a mileage currency that otherwise has little value, is through Virgin Australia. I was able to find good Business Class availability on LAX-Brisbane, with a free connection to Sydney thrown in. My connection from Portland was also included, in First Class on Alaska Airlines.

You can earn SkyMiles through:

If I had to pick a single favorite hotel in the world, it would be the Sydney Park Hyatt. Located directly in front of the Harbour with a view of the famous Opera House, I always stay at least one night whenever I pass through town.

The Park Hyatt goes for $900 a night on average, also known as $WTF. Naturally, I’ve never paid the cash rate. Instead, I use 22,000 Ultimate Rewards points per night.

Hyatt just announced a devaluation to their award chart, and starting in January this hotel will cost 30,000 points a night instead of 22,000. It will still be worth it, but I’m glad to visit now under the old rate.

Yes, I have each one of these cards. All of them are exempt from foreign transaction fees, so I can use them abroad without any worry.

I love visiting Sydney and return every chance I get, but everyone from Melbourne always tells me that their city is better. Fair enough—I’d only been to Melbourne once before for the Problogger Event, so I decided to add two days at the end of the trip before heading back home.

In this case it was a good decision to mix it up, since Sydney was in a downpour for most of my visit and Melbourne was experiencing the warmest days of the year.

Just as going between the U.S. is Australia is expensive, so too is traveling within Australia. Budget carriers have helped lower the cost a bit, but flights on Qantas and Virgin Australia are still pricey compared to many other domestic markets.

I can change or cancel this flight at any time, even on the day of departure, with no fee.

You can earn American miles or BA Avios points from:

After visiting Melbourne I needed one more hotel stay in Sydney, and I’d already used a lot of points for the Park Hyatt. I also like the Hilton there, but it wasn’t available on points for the night I needed.

Instead, I booked the Westin Sydney for my return trip, again using points.

You can earn Starwood points from:

I tend to use my SPG points for Starwood hotels, but note that points from these cards can also be transferred to your choice of 30 airlines, with a 20% bonus on every 20,000 transferred points.

Having said what a great value SkyMiles can be for flights to Australia, I made a mistake in booking my Virgin Australia ticket. Basically, I ended up with a free ticket from Melbourne to Sydney, but no viable way back home after that. Oops.

I was grumpy about my mistake for a couple of days, and then I decided to move on. (See the $10 rule about not stressing over small expenses. The same principle holds true when it comes to points.)

Even though I had screwed up, I still had to get home somehow. I considered a couple of options, including going all the way around the world the other way (perhaps with Etihad or Qatar Airways), or potentially routing through New Zealand, Fiji, or Hawaii.

In the end, I did something simpler: I called American again and booked a one-way Qantas award to Hong Kong.

From there I had a couple of choices. How to get home?

I decided to book a paid OneWorld flight on Cathay Pacific to Tokyo Narita and then Malaysia Airlines to LAX, which was much cheaper than usual for some reason. I couldn’t have flown Cathay all the way home on this discount Business fare, but I don’t mind traveling via Narita, and I wanted to try Malaysia Airlines long-haul anyway.

Also, I’ve been running a bit short of the final 10,000 butt-in-seat miles I need to requalify for OneWorld Emerald status by the end of the year, so this fare will do it for me. Decision made!

A few notes on this process:

Reviewing the itineraries above, I have no doubt that plenty of people could have done a better job than me. Some folks even do it for a living, including my friends Gary and Ben.

These guys and other folks might not have accepted the SkyMiles mistake I made and could have spent more time on the phone with Delta trying to sort it out. They also might have used a single award to travel from Australia back to the U.S. via Hong Kong—instead of splitting the ticket as I did and pay for the second half.

No doubt they’re right, but I’m more of a utilitarian travel hacker. I’ve been earning more than a million miles and points a year for the past five years, so I don’t always worry about getting it exactly right. If I find something that suits my needs, that’s what I do. Which brings me to the next point:

2. Miles are for spending.

As I wrote up the report, I realized that I used a big batch of miles and points for this trip. The SkyMiles expenditure wasn’t a huge loss, but it’s certainly true that 66,000 Ultimate Rewards points are worth a decent amount.

I comforted myself with the knowledge that these points can be replenished (more on that next) as well as the fact that miles and points have no value except when they are put to good use. Miles are for spending, in other words—as I reminded myself on this trip.

Over the past few weeks, travel hackers around the world have been receiving word of various “adjustments” to award charts. In airline terms, an adjustment almost always means an increase in rates, otherwise known as a devaluation of the points or mileage currency. One of the devaluations in particular, to United’s MileagePlus program, was particularly bad, with up to an 84% increase in required miles for partner flights starting next year.

The thing is, these announcements have been tempered by the increased availability of big bonuses, especially through credit cards but also thanks to mergers, offers to purchase miles outright for 40% off (sometimes more), transfer bonuses from American Express Membership Rewards, and additional offers that continue to crop up on a regular basis.

As I see it, it’s a circle of life and miles. When I started doing this many years ago, the award charts were more favorable and the airlines more lax in allowing creative bookings, but it was also a lot harder to earn big batches of miles all at once.

Lesson: if you have miles, use them! Then get some more.

If you’re not into travel hacking or travel in general, you deserve a medal for reading this far. I’ll see you next week with something totally different! After a lot of waiting and work, we’re almost ready to move forward with a couple of big announcements.

I’m in Hong Kong now and boarding the three homeward flights soon. Wherever you are, I hope you are well.

*Disclosure: we receive affiliate commission for some of the card products mentioned in this post. You don’t have to use our links to apply, and we always publish the best available offers that we know of. 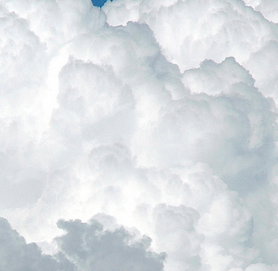 Fuel Dumping: A Little-Understood Trick to Save Hundreds of Dollars on Airfare

How Do You Pay for Your Travel? Part II
© 2022 The Art of Non-Conformity | Site by Bytegrow Technologies