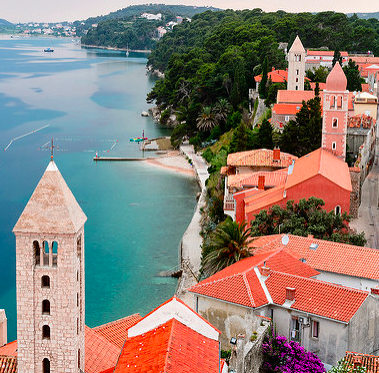 Readers who are learning about travel hacking tend to have lots of questions about what their miles and points are worth. I’m the first to say that I’m not the best at determining a specific valuation. I have a CPA to help with my taxes, I hardly ever check website statistics or any other analytics, and math isn’t my strong suit.

So when it comes to valuation, I tend to look to some general rules instead of getting hyper specific. By far the most important rule is: travel hacking helps me have amazing experiences.

I’m not interested in amassing a war chest of miles and points that I’ll never use. In fact, over the past year or two, I’ve actually gotten more aggressive in redeeming points. I don’t need to keep as many points on hands as I used to, so I’m happy to “burn” more of them for the experiences I value. Miles are for spending, not hoarding.

But there are a couple of other considerations, too:

Points in flexible currencies are better than points in a single airline or hotel program.

Miles and points are earned in three main types of programs: airlines (Air New Zealand, Air Canada, etc.), hotels (Hilton, Hyatt, etc.) and flexible spending programs. Of the three, the last one is by far the most valuable. This is because airline and hotel programs have award charts that may change over time, and also because you can only use airline and hotel points for those specific airlines or hotels and their partners.

The key thing to remember is: points earned through these programs can be transferred to many different airlines and hotels. When you earn Ultimate Rewards points, you can transfer them to Southwest Airlines or Singapore Airlines, for example—two airlines that couldn’t be more different. There are also a dozen other transfer partners to choose from.

This ability to transfer is what makes points earned through flexible spending currencies especially valuable. You can keep them in the main account (Chase, SPG, or Membership Rewards), essentially protecting their value and flexibility, until you need to use them for travel.

I don’t want to earn a ton of points in one program and none in all the others. Even though I have preferences in terms of my favorite airlines and hotels, I’ll have much more flexibility if I have options to travel more than one way.

For me, I want to make sure I have the most points in the flexible spending programs mentioned above. In the long-term, those are the most valuable. However, I’ll also maintain balances in lots of different airline and hotel programs.

I just took a quick look at my balances in Award Wallet, the software I use to keep up with everything. The airline programs that I have the highest balances in are:

and the hotel programs I have the highest balances in are:

*as mentioned above, SPG points can also be transferred to airlines

Here’s an important point: I actually stay at Hyatt properties much more often than IHG or Hilton properties. However, I don’t actively focus on building a balance of Hyatt points. This is because whenever I need Hyatt points, I transfer them from Ultimate Rewards points.

Similarly, I don’t fly United very often, but if I ever need United points, I can also transfer them in from Ultimate Rewards. Again, it’s much better to build your largest balances in a flexible spending program, because then you’ll have assets that can be used in a variety of ways.

This relates to the first point—miles are for spending!—but there’s another very good reason why you should use your miles within two years. “Devaluations,” where the airline or hotel chain increases the amount of miles or points required for specific redemptions, tend to happen every 18-24 months on average. In other words, 1,000 points today will likely be worth less two years from now. Therefore, I don’t want to hold my balances any longer than that on average.

This doesn’t mean I “zero out” my balances. On the contrary, I try to keep healthy balances in each major program I use. But I keep them there on a rolling basis, meaning that I’m regularly earning and regularly spending. For example, I recently redeemed more than 150,000 American Airlines miles for two different trips. I won’t be able to add 150,000 miles back to the account for a while, but eventually I will.

Building a portfolio of miles and points is like saving for a retirement fund, with the key difference that you want to access the assets sooner rather than later. But you don’t want to just take advantage of these opportunities for a single trip. For most people who plan to travel for years, it’s much better to have a long-term perspective so that you can “go anywhere, anytime” for years to come.

These strategies can help you travel for a looooong time. They can open up opportunities that would otherwise be inaccessible, like flying in an Apartment in the Sky or taking a shower on a plane.

Do you have to do those things? Nope. Rumor has it you can still take a shower from your hotel or hostel bathroom. But if it’s fun and accessible, why not?

Can You Visit Bora Bora on a Budget? Sort of—Here’s How.