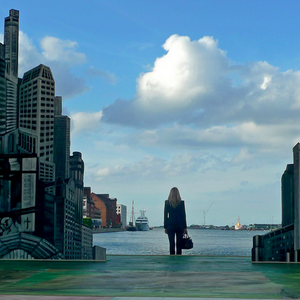 Hey everyone, the Annual Review is here!

Note: This is a long post (2,500+ words) and also fairly personal. You have been warned. If you’re new here, be sure to also check out:

OK, let’s get to it! As noted in the process post, I begin the review by focusing on the answers to two questions: What went well this year? and What did not go well?

This list includes some of the things I was proud of or that just went well in general this year. In case you get bored with this part, don’t worry—there are plenty of failures and challenges to look forward to in the next section.

A Note Before We Continue

As promised, I’m going to share some real failures and truly difficult things about this year. But first, here’s another confession: when I started the process of writing everything down, I was worried. The heaviness and negative feelings I’m about to describe have been weighing on me so much lately that I had almost convinced myself that the whole year was a bust.

But no! Once I started reviewing my calendar and writing down these highlights, I was amazed to see so many good things crop up that I had totally forgotten about.

OK, no need to run from it—the list of things that did not go well is not short. This list is somewhat abridged, but you’ll probably get the gist.

As I said, this list is somewhat abridged. But I know it’s intense.

Does everything happen for a reason? I certainly don’t think so, though it’s interesting to consider why we might place certain events in the movie of our life.

I also don’t believe that every cloud has a silver lining. There are plenty of “clouds” in our life that are just undesirable and unwelcome. Nevertheless, in reflecting on this list of negatives, I do notice a few positive interactions or by-products.

For example, I was very sad when my nana passed away, as almost anyone would be. But I was also relieved that she died in relative peace. At the hospital, right before her symptoms were treated with morphine, she said she was “ready to check out.” She was 88 and had lived a wonderful life.

Even though I haven’t always been the most reliable family member, in the months before her death I traveled home twice and had good experiences with her and everyone else who was involved in the situation. If I hadn’t done that, I think I’d feel a lot worse.

In other news, the fact that I had such anxiety and inability to focus led me to recently seek therapy and even medical help for the first time. I’ll tell the whole story about this in an upcoming post, including an unexpected and partial solution I found through the process. But for now, in general I think it’s a good thing that I took this drastic step. I’ve been struggling for a long time, but until the situation became more severe, I continued to attempt to handle everything myself, with only mixed results.

Lastly, because I know I am goal-oriented and always will be, I’m glad that I was still able to do a lot despite all these problems! As mentioned earlier, I had the depressing things in mind as I began this review, so I was almost prepared to say, “Yeah, this year was just terrible through and through.” But again, that wasn’t the case and there were still a lot of highlights.

It was just a challenging year in general, and most of us tend to accentuate the negative over the positive. I still have a long way to go in this overall exercise, but the Annual Review process has been helpful in reminding me that our lives are multi-faceted and complex.

For years I’ve said I’m a “realistic optimist.” I try not to be naive but I do have hope. I will always have hope.

Lessons from the Journey

I’ve tried to be as honest as possible in compiling the above lists for anyone who cares. There are probably some obvious lessons that run throughout, and as I’ve been processing all of this, here are a few that I take from it.

Gratitude and happiness are not the same thing. When I first started journaling my notes for the review, I made the mistake of saying that I haven’t felt very grateful lately, but this was imprecise.

I can honestly say that while I’ve been sad and anxious, I’ve lived with gratitude more often than not this year, and that feels good. As Jason Mraz said once, you can be successful and still experience melancholy. If I struggle, I can still have a good life—and presumably, you can too. I do have a good life and I will continue to be grateful, regardless of external circumstances or even my own failures.

That said, I need more units of momentary happiness. One of the scariest things for me was realizing that I have a hard time identifying these moments in my life. When I look back and think of things that made me happy this year, I find them colored by something negative. I don’t know how to change this, but one way or another, I need to take more joy in present surroundings, once again regardless of any perceived negative circumstances.

What doesn’t kill you at first will probably try again. I’m not sure of the origin of this phrase, but I read it recently and immediately related to it. It’s a sad lesson, sure, but presumably a helpful one for some of us. (See also: Stockholm Syndrome.)

I must continue to recognize the cost of doing small things. I recently summarized Greg McKeown’s rule of only saying yes to ideas that are at least 90 out of 100. I’m generally resistant to this sort of philosophy in general, for a lot of reasons. I believe our lives are too complex to reduce to mere machine-like efficiency, and as noted, we can accomplish a lot more in a year than we tend to believe.

But like a lot of aphorisms, perhaps the best answers depend on the context and seasons of our lives. Regardless, I need to be more specific and intentional. Life is too short and the potential for greatness is… far too great to ignore.

Ensure that goals are closely aligned with your overall vision. This probably sounds basic, but anyone else who is goal-oriented and future-minded may need to hear it. At the beginning of this year I chose “Relationships” as the theme, yet I felt sad and even unsuccessful in strengthening the ones that matter most, and also in navigating situations that felt unfamiliar and uncomfortable.

If I want to prioritize commitments to friends and family more, I can’t just wish it to happen as I continue to spend all my best time working on everything else that matters to me. Also, a theme of “Relationships” is far too general. As with any other goal, specificity and a clear definition of success are critical in seeing it through.

Well, this has been a long post—and there’s more to come about several of these points. In the next few posts, I’ll share more detailed lessons from this year, including a full post on Business & Work lessons, a Travel Roundup, and … dun, dun, dun … a detailed post on what’s to come next year. Whoa.

If you’ve read this far, thanks for your indulgence. Some of you have been around for years, and you are the reason I make these posts public. It’s my strongest hope that something I share will be useful to you as you plan your own life and goals.

Speaking of that, how about you? How was your year?

All Annual Review posts this week will be open for reader comments, and you don’t have to write 2,500 words like I just did. Just give us a few highlights in response to these questions:

And remember, if you write a post of your own, link to one of these posts and include the hashtag #AnnualReview. I’ll include as many as possible in a future roundup.