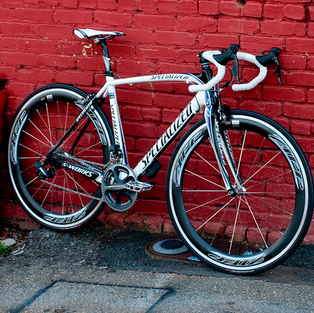 From time to time, most of us suffer from a gap between what we say we do and what we actually do. This is especially true in everything associated with well-being: fitness, health, personal finance, and general self-improvement.

My longtime friend J.D. Roth has a good strategy for this. It’s called barriers and pre-commitment. Here’s how he puts it:

That’s an example of how barriers can keep us from doing the things we want. But it’s also possible to create barriers to bad habits. I have a sweet tooth, for instance. And, apparently, no “off” switch. It there’s a box of cookies in the house, I’ll eat them all. If there’s a bag of chips in the house, I’ll eat all of those too. Same with ice cream. For me, it’s important to never bring these treats into the house. There needs to be a barrier between me and the unwanted calories. (I still sometimes buy a cookie at the store—but it’s just one and not an entire package.)

With pre-commitment, your goal is to remove the barriers before you encounter them. Sometimes you know in advance that you’re likely to get derailed; by pre-committing, it’s easier to make the correct decisions in the heat of the moment.”

I love pre-commitment! In the award-winning Get Rich Slowly guide, J.D. provides many more examples and strategies like this one.

Tomorrow: How to Leave Debt Behind and Master Your Money

How to Think About People Who Disagree with You