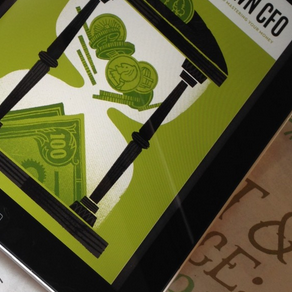 Six years ago I had the idea to start a blog. At the time I had no clue what I was doing—a status that hasn’t changed much over the years. But despite being clueless, I knew that I could look to others who had done it and see what worked for them.

Then, in an attempt to steal adapt their strategies, I’d try to make a go of it myself.

In the early days, the person I adapted from more than anyone else was J.D. Roth.

J.D. was my blogging role model. I loved what he had done with a popular site called Get Rich Slowly.

He wrote well, sharing stories and providing practical tips. He wrote often, publishing a full post every day and often several smaller ones. He cared for his readers, responding in comments and generally being available for them.

Oh, he also had a mission: to chronicle his journey of getting out of debt and establishing financial independence.

The story, in short:

Ten years ago J.D. had more than $35,000 in debt and was living paycheck-to-paycheck. Now he has no debt and more than a million dollars in the bank.

Instead, he learned the time-tested principles of putting his money to work—making wise choices and shifting his habits in a slow-and-steady approach to true freedom.

A lot has changed in J.D.’s life since then. Way back when, he was married and lived in a house that required a lot of maintenance. Now, he’s single and lives in a condo by the river.

He gave a talk at WDS 2012 about overcoming fear and addressing some of these changes.

What a powerful story! How does someone who struggles with money learn to master it?

Over the past year, our Unconventional Guides team has been working with J.D. on creating a comprehensive resource to help other people with a proven system to improve their finances. This new resource, also titled Get Rich Slowly, is almost ready to go live.

As important as J.D’s story is, the new Get Rich Slowly guide isn’t really about him. It’s about you. It’s a road map for your financial freedom, and it includes a 120-page “Be Your Own CFO” guide, 18 interviews with experts who offer specific advice on important topics, and plenty of additional resources. To ensure you don’t get overwhelmed (I sometimes do!), you’ll also receive a different lesson every week for an entire year.

Best of all, we’ll offer Get Rich Slowly starting at a super low-budget price. In fact, I worry that the basic version is priced too low—but we’ll deal with that later.

Money is a tool that can allow you to do other things. If you’d like to have more control over your money, you should pay attention to this.

The new guide will go live on Tuesday, April 22nd at 9am PST / 12pm EST, and I’ll be posting on the blog about it then. See you tomorrow!

Introducing Get Rich Slowly: A 52-Week Guide to Building Wealth

How Much Money Is Enough?: A Conversation with Gretchen Rubin

Trust and Authority: A Marketing Lesson
© 2023 The Art of Non-Conformity | Site by Bytegrow Technologies