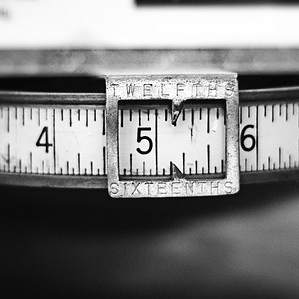 Even in a commercial launch, where the goal is to sell a product, you can find meaning beyond the traditional sales metrics of units sold, revenue, and so on.

Being paid to make things is nice—but it feels good to make them regardless of the outcome.

On Tuesday we launched Get Rich Slowly, a new Unconventional Guide by author J.D. Roth. When I said in the sales copy that it was a year-long process, I wasn’t kidding. He really has worked

Here’s what J.D. said about it:

After a year of work, I'm proud to share the year-long "Get Rich Slowly" course: http://t.co/EUZR6XVBpB. It's the best thing I've ever made!

The best thing he’s ever made! Isn’t that great? I felt proud to be a small part of it.

The same is true for things like Unconventional Guides, or the events we produce—some people love them and others couldn’t care less. For me, though, the joy is in the creation.

Each process requires the other. Making is good… but much better when combined the product or outcome interacts with someone. Sharing without making is hollow.

A Few Questions We Received

Get Rich Slowly has been flying off the proverbial shelves. Even so, there are always a few things we can improve upon or communicate better. Here are a few questions we’ve received, along with the attempted answers.

*What’s the difference between the three versions?

Take a look at the chart at the bottom of the order page for a complete rundown of what’s included in each version. Several people asked this question, so we probably should have made it more obvious. But it’s there. 🙂

*Can I buy a lower version and upgrade to a higher one later?

Yes, no problem. There’s never a hard sell, either now or later.

*When does the introductory period end?

We’re not sure yet. It won’t be right away—so probably not tomorrow—but it also won’t be very long. It certainly won’t be longer than a couple of weeks.

OK, that’s it! I’ll be back next week with regular programming. Thanks for reading.

*Congrats as well to Chris Brogan on The Freaks Shall Inherit the Earth. What a great title! I love how Chris is writing more and more authentically these days.

Tomorrow: How to Leave Debt Behind and Master Your Money

Introducing Get Rich Slowly: A 52-Week Guide to Building Wealth

How Much Money Is Enough?: A Conversation with Gretchen Rubin

How Much Money Do You Need to Live Abroad? 13 Questions to Ask Yourself

Sunday Store Update, “Up in the Air” Edition