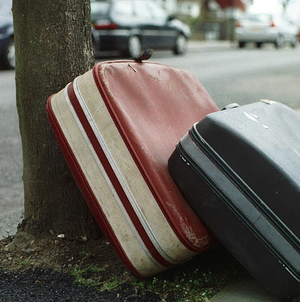 In 2006 I was living abroad in my final year on the hospital ship. I’d been moonlighting by building a new business, and later that year I’d move back to the U.S. and relocate to Seattle.

There was a marketing conference being held in Chicago, and it caught my attention. I was all the way in Monrovia, Liberia… but I wanted to go.

In the previous couple of years I’d started to do more independent travel. I had the inklings of a future writing project—something that would tie together travel, entrepreneurship, and service. (Who knew where it would lead? I certainly didn’t.)

I was excited by the idea of spending some time working on my business—something that hadn’t been much of a priority during the past four years I’d been on the ship. I knew that if I went to this conference, I’d probably learn something I didn’t know. I’d probably learn a lot of things, actually, and maybe I’d even meet some interesting people too.

It was a big investment, and at first I hesitated. The conference cost $2,000, in addition to $2,000 in airfare and hotel stay. But after thinking it over, I decided to go for it.

I flew all the way to O’Hare Airport, where the conference was being held, and didn’t even go into downtown Chicago. There was no time for proper sightseeing. One day I ordered a deep-dish pizza and was disappointed with the result, creating a longstanding belief that New York style pizza is much better.

A lot of what was said at the conference didn’t apply to me. I met a few people, but mostly kept to myself in my introverted way.

It was a long trip for two-and-a-half days, and then I got on the plane and began the journey in the other direction: Chicago, Copenhagen, Brussels, Dakar, Monrovia.

I took these small ideas back with me. From Chicago to Copenhagen, I slept three hours and then stayed awake making notes for the rest of the flight. On the way back to Monrovia, I was able to grab a full row of peasant class seats once the seat belt sign was turned off. I spread out and worked from two laptops, making notes.

These ideas helped me make more than $24,000 in additional income over the next year. The money helped me avoid going into debt for graduate school. It made it easier to move back from Africa and then across the country to a new home.

I also felt better. I wouldn’t have starved without that money. But the knowledge that I’d applied myself, that I’d taken action on a new idea and made something happen—that was worth so much to me.

It was a long way to travel and a lot of money to spend. It was also the right decision to go.

Five years later, I found myself in a different situation. I had started this blog and somehow convinced a publisher to print my first book. I wanted to head out on the road and meet readers… as long as I could find them. (These were the early days, so I didn’t really know if anyone was actually paying attention.)

Even though the circumstances were quite different, the decision to create my own book tour felt a lot like that trip to Chicago from Liberia. It was a big investment—no one was paying for it—with an uncertain return. I knew it would be challenging, but I didn’t know if it would be fun or worthwhile.

It turned out to be extremely fun and very worthwhile. Instead of making $24,000, I actually spent more than that schlepping around to all fifty states and every Canadian province. Yet it was a fantastic investment, because everywhere I went I established relationships with people that are still strong several years later.

In the end I even made the money back, through a much better deal for my second book. That wasn’t really the point, though. The point was that I took a risk and it paid off in many important ways. (If you’re curious, here’s more info on putting together your own book tour.)

In each of these cases I had to make a decision: to go or not to go. I chose to go and my life was changed for the better.

What if you too could come to an event where you make real improvements to your business—and where you learn which small actions will make a big difference over the next year?

Guess what? You can do that next month.

I’m assuming you don’t live in Liberia (well, most of you don’t), so it’s a lot easier than when I packed myself into the back of a Brussels Airways flight from Roberts Field in West Africa.

Oh, it also doesn’t cost $2,000… we’ve resisted a premium pricing model, while still making sure that we have enough funds to put on a good show.

When we debuted Pioneer Nation a couple months back, in some ways we did a good job in telling the story. But in other ways we didn’t.

If I could start over, I’d say that the story is about making real improvements in your business. I’d say it’s about you having some of those “small ideas” that lead to real impact on your small business.

When I sent out emails telling people about the event, I was surprised by the number of people who said things like, “This sounds great, but I’m in Toronto” or “Let me know if you ever do this in Dallas.”

This isn’t just a local event! We have folks from five countries and twenty states coming so far. We have a discount rate for attendees at The Nines, Portland’s nicest hotel. You can take the lightrail direct from the airport and then walk to the art school where we’re meeting for three days—no need to rent a car.

This is the first time we’re producing this gathering, and it’s going to be special. Our full team will be on site the whole time, and you won’t be lost in the crowd.

If you’re on the fence, join us! Don’t wait.

Similarly, next week we’re going to have our second round of ticket sales for the 2014 World Domination Summit. WDS is not an event where you’ll learn to make more money, at least not directly. But it is a worldwide gathering of amazing people that you’ll never forget.

Hosting WDS every year is a great honor for me. It’s a project close to my heart and our whole team invests a great deal of time and energy on producing it. This year will be better than ever, and we’ll be announcing new speakers and several fun surprises soon.

This round of ticket sales is a bit overdue as we were working on the other event, but now it’s almost ready to go. We’ll be offering tickets next week (either Monday or Tuesday—exact timing TBD very soon).

WDS: Registration opens next week. We’ll sell no more than 500 tickets in this round, on a first-come, first-served basis.

If you don’t care about these gatherings or the timing doesn’t work for you, I still hope you’ll be open to new ideas. I hope you’ll be willing to schlep somewhere, or do something that seems crazy, just so you have the chance to learn something.

One small thing—or one big trip—can change your life.

Have you ever taken a trip that changed your life? Let us know.

Pioneer Nation: We Did It! 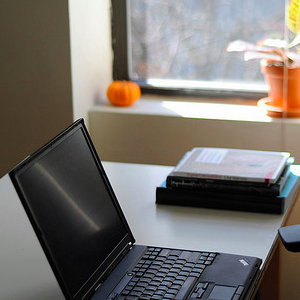