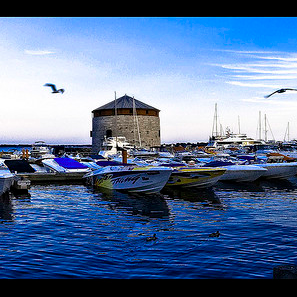 “They say there’s no harm in daydreaming, but there is.”
-Charlaine Harris

When I run, I wish I could say I was fully focused on my surroundings. I live within running distance of a waterfront with half a dozen bridges, a beautiful (although steep) inactive volcano, and if I go a bit further, several nice trails. There are plenty of sights to see and beauty to appreciate.

But instead of taking in the trees, I tend to spend a lot of time thinking—and much of this thinking is technically daydreaming.

I’m very future-oriented, so I don’t usually daydream about the past. Instead, I think about things to come. Some of these things are real and others are entirely imagined.

Sometimes I think about things that are complete fantasies. Instead of trotting along at my slow 8:30 mile pace, I imagine that I’m competing in the New York marathon… or maybe the Olympics! I picture the final mile and the gold medal. (If you’re going to imagine competing in the Olympics, might as well imagine winning.)

Other times I think about things that are more likely to come true. Later this year I’ll have a new book out, and I’ll travel to dozens of cities to meet readers. Even though this process is still six months away, I’m already looking forward to it and I think about it a lot.

I don’t think it’s harmful to daydream about winning Gold medals, conducting a symphony, or whatever your preferred fantasy is. What I wonder about is the ratio of these daydreams to the others. If I constantly find myself thinking about things that will never happen, am I truly engaged in my day-to-day life?

Perhaps the best daydreams are the ones that come true. I wanted to see the world, so I found a way to do it.

I wanted to write books, so I started writing books.

I wanted to go on tour, so I created my own process of touring.

This kind of daydreaming seems healthier. I’m not wishing for another life. I have a great life! When I find myself dissatisfied and wanting something more, I’ll find a way to make that happen.

Sometimes it’s nice to dream about that Olympic victory. But then I’d rather get back to making real things.