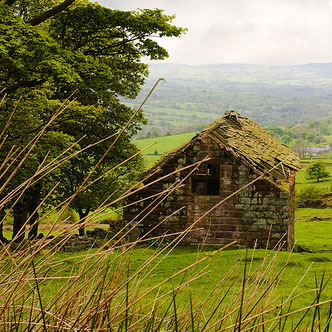 Here’s a fun exercise: take 60 seconds and write down the peak moments of your life.

A peak moment is a fixed point in time that has strong, positive memories. You summited the mountain! You achieved something monumental! Things will be different now.

The obvious ones are things like weddings, births, graduations, and so on. But pay attention to the others as well. When you look back on how far you’ve come thus far (whether you’re 15 years old, 80 years old, or somewhere in between), what stands out?

This is not a hypothetical exercise. Take a minute—one single minute—and make a list.

What did you come up with? You can share one of your peak moments with the rest of our group at the end of this post if you’d like. But more importantly, how can you get more of those moments? As suggested recently, one way is by pursuing meaningful adventure. I like this quote by Amelia Earhart:

“When a great adventure is offered, you don’t refuse it.”

Start saying yes to more adventures, and you might have more peak moments. A life lived in search of such experiences sounds pretty good to me.

If you’re curious, here’s one of mine. In September 2006, I had just moved to Seattle after four years overseas. I had a few weeks before starting grad school, so I booked my first Circle Pacific trip (like a Round-the-World ticket, but only halfway around) to Asia. When the big day came, I got on the 194 bus to go to Sea-tac airport. I felt nervous, in an awkward but thrilling kind of way.

I’m going to Southeast Asia! I thought. I’m on my own and headed to four completely new countries.

I flew to Seoul on Asiana Airlines and transferred down to Hong Kong. (It’s funny to write this now, because Hong Kong is one of my most frequently transited cities, but that trip was the first time I was there.) After a couple of days recovering from jet lag, I traveled on to Vietnam and beyond.

Those were not especially difficult countries to travel in, at least not by West African standards, but there was something significant about them for me at the time. A new world had opened up to me, and I look back now and see how important it was in defining my worldview of who I wanted to be.

For twelve days I wandered new cities until the time came to return to Seattle and start another new life at the University of Washington. I was looking ahead to that experience, but I was already looking forward beyond that. As John Mayer said, “I am invincible as long as I’m alive.” That’s how I felt on the bus to Sea-tac, and the feeling continued as I walked through Hong Kong and flew to Saigon.

That’s my story. What’s one of your peak moments?

The “Hell Yeah” Roundup: Your Turn