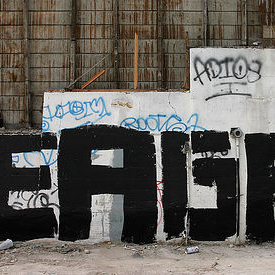 A lot of people mentioned that they liked the “hell yeah” test for making decisions mentioned here and condensed as follows:

We all have to make decisions about opportunities. When you think about any opportunity, if it’s not a “hell yeah,” don’t do it.

I thought I’d ask… what have you said “hell yeah” to? But first, here are a few stories from our community…

The 10 Mile Prison Swim — Last weekend, Sarah Peck and her friend Kim swam 10 miles from Prison to Prison (P2P) as the first two women to cross the San Francisco Bay from San Quentin state prison to Alcatraz. The distance is six times longer than the Escape from Alcatraz swim, which I always thought of as hardcore until I heard what Sarah and Kim did. Hell yeah!

The Plummet at the Summit — Earlier this year, Joel had an idea to go skydiving while visiting Portland in June. But then he decided to ask if anyone else wanted to come… and 40 people signed up! At the time, Joel didn’t even know if he could actually take that many people with him, how they would all arrange transport, and so on. But as things usually do, it all turned into an excellent adventure. Hell yeah!

The Impromptu Irish Adventure — While in Galway, Ireland, Jeff decided to join a friend on a spur-of-the-moment ancestry hunt. What happened next involved hitchhiking, actual hiking… and a “mission accomplished” hell yeah at the end of the day. Read more at the link.

By the way, the “hell yeah” test originally comes from Derek Sivers. I met Derek on a recent stopover in Singapore, where he kindly made green tea for me at his house before heading off to a gig. You can check out his brand-new book from the Domino Project here.

I asked Derek for a recent “hell yeah” story, and here’s what he told me:

Three years ago, I dreamed of going to TED. I applied, was rejected the first time, applied again a year later, and got in. Hell yeah!

After attending two TEDs, I dreamed of speaking at one. I applied, and was accepted for a smaller one (in India), but I spoke at TED! Hell yeah!

Then I dreamed of speaking at the big one. I applied and got got accepted, then did a talk that got a standing ovation, got 1000 tweets, and a lot of great reputation. Hell yeah!

But hmmm … what next? I got invited to speak at at TED in Taipei Taiwan. Could be interesting … But how to make it a “Hell yeah!” kind of thing? Hmmm …

Then I got an idea. That TED is almost a year away. What if I were to do the talk in Chinese?

I don’t know Chinese, but I really want to learn. I’ve been studying casually … maybe I could ramp it up with this as a huge goal. An 18-minute TED talk in Chinese by next year? Now that’s a “HELL YEAH!” Just thinking about it makes my heart race in fear.

Congratulations to Sarah, Joel, and Jeff on their big adventures. Thanks to Amber for the fun flow chart, and good luck to Derek with learning Chinese.

So how about you … what can you say “hell yeah” to?