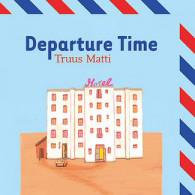 Happy Independence Day to those in the U.S., and greetings to everyone else around the world.

I’m writing to you from Frankfurt, en route to Angola and beyond shortly. In the last travel planning post, I discussed a few of my upcoming trips. I’ve made a flurry of bookings since then and am now underway, so for those who care, here’s how it works.

The current trip is to Angola, Malawi, Madagascar, and Comoros. To get to Angola, I used a Star Alliance award booked with 120,000 U.S. Airways miles and $240 in taxes. The award gives me a free stopover in Luanda before continuing on to Johannesburg, the technical destination of the ticket. (I also got a free stopover in Frankfurt. They’re not supposed to allow double stopovers anymore, but the agent I talked to didn’t mind booking it for me.)

What can be said about arranging a trip to Angola? First, bring a lot of money. This article from the Economist provides some perspective. Sorting out this trip reminds me of Equatorial Guinea, where I paid $508 a night for the only available lodging. I’ll likely have more to say about this later, but let’s not burn any bridges in advance…

Before leaving Frankfurt, I had hoped to add on a secret side trip to Mauritania, but had no luck with the visa. Now I’m headed to Monaco instead, one of only two countries in Europe I have left on my list (I’m saving Norway for the very end in 2013).

After Angola I’ll be off to Malawi, which by all appearances is a much better country all around. I have an easy trip booked with South African Airways. It was $700 to buy it outright, so I used more U.S. Airways miles instead for an approximate cost of $300 round-trip. I’ll be staying in a lodge away from the city, and I’m looking forward to some decompression time after the Angola visit and all the flying it takes to get down to Southern Africa.

After Malawi I head back to Jo’burg, stay a night, then hop over to Antananarivo, Madagascar. While writing this post I actually forgot how I’m getting there, so I had to look it up. It turns out I’m on South African Airlink, a regional carrier owned by South African Airways. Good to know.

Madagascar connects to the Comoros, where I pop over for a day or two (it’s a small, sleepy place) before returning to Antananarivo for another night and then on back to Jo’burg (visit #3 or 4 of this trip). As mentioned in the last travel planning post, I had considered going to the Seychelles as well, but the trip is already packed, so I decided to leave it for later and attempt a visit from Dubai (U.A.E.) or Doha (Qatar).

I’ve now booked my latest OneWorld Round-the-World ticket, departing from Johannesburg. When I take off from JNB, I’ll effectively be postponing the return portion of my big U.S. Airways Star Alliance award ticket and heading home another way. I return to the U.S. via London and Seattle, then have two weeks at home before picking it up again.

Africa part II continues in August, and I’m headed via the Pacific this time instead of the Atlantic. My OneWorld ticket takes me (via a bunch of stops) to Seoul, where I’m hoping to do a side trip to Uzbekistan. The challenge with this side trip is the flight I need costs $2,000 in Economy Class, with zero awards availability in any class. Not fun. I’m hoping something changes in the next few weeks, but I’ll need to make a decision before too long.

After Seoul and whatever happens there, I’ll return to Jo’burg via Hong Kong and Singapore. From there I go up to Rwanda, my base for a week. During that time I’ll go down to Burundi (a quick trip), and go on a gorilla-spotting trek in the Congo, something I’m excited about and expect to be the highlight of the whole trip. (Gorilla-spotting also involves an overnight stay in Uganda… I know, I know… it’s confusing.)

Once I’m back on the African continent, I’ll have no more Round-the-World ticket segments to work with, since I’ll now have gone completely… around the world. Fortunately, I’ll still have the return leg of the original U.S. Airways award (remember?) that I can now use to get home.

From Jo’burg I go back to Frankfurt and over to Detroit, the only city in North America I could find availability to. I also have a free connection on to Newark, since that’s where the award ticket originally began. I’m not sure I’ll use that portion, since I won’t need to be in NYC then and will probably just want to get home. At any rate, from Detroit, Newark, or wherever else I end up, I’ll return to Portland for the second time.

This brings me to September, and a trip to an entirely different region: Micronesia and the South Pacific. I’ll begin in the Marshall Islands, with this itinerary:

An itinerary like this doesn’t sound very impressive until you realize it’s a a 44-hour one-way trip, with two forced layovers (in Phoenix and Honolulu). I don’t think that 44 hours is a record for me, but it’s certainly in the top ten.

To book this trip, I used a Continental award, which came to 60,000 miles in Business Class and a whopping $7.50 in taxes (yes, seven dollars in fifty cents—a lot better than my $240 in taxes to get to Africa).

From there, I’ll start out in Majuro, Marshall Islands. Over the next two weeks I’ll be island hopping: to Micronesia itself (it’s both a country and a region), Guam, and Palau. These paid tickets are also on Continental, which is the major carrier in the region. From one of those stops I’m hoping to continue down to Fiji (not a new country) and over to either Kiribati or Tuvalu. In my dream world I would go to both, but I’m not sure that will be possible.

I say hoping because I don’t have any of those tickets yet. When I book too many trips at once, I have a bad habit of buying tickets for the wrong day or destination—so I try to spread it out a little.

My return trip is booked on a Qantas award out of Sydney, across the international dateline to L.A. and finally back up to Portland. 63,000 American Airlines miles for a First Class flight (retail price: $6,400) after all of the island-hopping on commuter jets works just fine for me.

As I work down to my final countries over the next year and a half, the biggest obstacle is visas. I use a processing service in Washington, D.C. which is (usually) helpful, and I have a duplicate passport that makes it easier, but it still takes a great deal of time and stress to sort out the process for all the visas I need.

In the South Pacific, there is no issue with visas, but I do have to worry about flight schedules: many islands have very limited service, so close coordination and planning is required. If something goes wrong, I’d have the rest of the itinerary in flux, and I could be stuck for several days without a way out.

It’s going to be an intense summer, but there’s no other way to make it work. Some of these trips will be tiring, but I feel a sense of relief in knowing what I’m doing. Part of what is overwhelming is when I look at the map and think: how will I get to all these places? But then as I break it down, start to look up the flights, find a way to travel hack my way around, get the visa sorted, and so on, it all gets easier.

I’m always happy to answer travel questions by email or Twitter, but please don’t ask me if I still enjoy this kind of travel—I’ve answered this question dozens of times in longer form (read the archives). The short answer is yes, I absolutely love it, but I would do it even if I didn’t. That’s how it works when you pursue a big goal. I hope you do the same with your own adventures, whatever they are.

As for me, I keep moving along. 38 countries to go, and when these trips are complete, we’ll have knocked off another big set of them. Onwards!