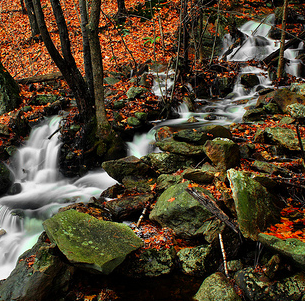 It’s not technically last-minute – I’ve changed full itineraries right up to the day of departure before – but two weeks before I was scheduled to fly to Ethiopia, I decided to change directions and go to Southeast Asia instead. In fact, I’m leaving this morning! Yikes – after I write this, I really should think about packing.

This post will explain both the why and how of this decision. The why part covers the details of why I no longer wanted to take the trip I originally planned. The how part deals with Travel Hacking – in this case, how I was able to change the entire trip on short notice using Awards tickets and so on.

Take your pick – feel free to read both or either parts depending on your interest level.

Part I – Why Change a Major Trip?

The short answer is a) the logistics weren’t working out to my satisfaction, and b) I no longer had a good vibe about it. The longer version is below.

First, the logistics weren’t working out —

I booked this trip a long time ago – way back in the summer of 2008. (OK, for me, that’s a long time.) I used 120,000 United Airlines miles to reserve the flights from Seattle to Addis Ababa, Ethiopia and returning out of Asmara, Eritrea. As African itineraries go, it wasn’t that complicated, but it did still require a few hours of careful calendar planning and dealing with less-than-helpful United agents who had never heard of Eritrea.

I had hoped to fly into Addis, hang out for a while, then take off for the pseudo country of Somaliland (not Somalia) to the northeast. Then, I’d head over to Eritrea via Djibouti. Since United agents aren’t the only ones who don’t know much about this part of the world, here’s a map I stole from Google.

I dutifully sent in my duplicate passport to the Eritrean embassy in Washington, D.C. and waited a couple of weeks. After not hearing back from them, I began calling every other day. I got to know the receptionist fairly well (thanks for reading, Nasr), but unfortunately I made no progress on getting the visa.

After five full weeks of going back and forth, I still had no visa and the trip was coming up. I think in the end I could have pulled it off, but of course there was no guarantee, and it was getting stressful – which leads to the second reason why I decided to make a big change.

Second, I no longer had a good feeling about it –

It wasn’t only Eritrea. I also had no concrete plan for getting to Somaliland or Djibouti. The flights were expensive (each one was about $400), at least one of them had to be purchased on location from Ethiopia, and the odds of something going wrong were getting higher than I was comfortable with. In short, even if everything were to work out, it would be a rough, expensive, and uncertain trip.

I love Africa, but it’s true that travel on the continent can be fairly stressful. I’ll be in Southern Africa for at least 10 days beginning late February, and if I’m able to buy another Star Alliance Round-the-World ticket before the end of the year, it will probably include even more Africa travel.

Thus, when I realized I’d have potentially three challenging trips back to Africa this year, I started rethinking my motivations for travel. The past few months when I’ve been at home (mostly) in Seattle, I’ve thought a lot about what makes me happy and what I do best.

I regularly follow my friend Gretchen Rubin’s Happiness Project, which is all about asking deliberate questions to create your own happiness. The thought of stressing out over Eritrea and spending a lot of money to go to random countries (no offense to anyone reading from Djibouti) definitely does not make me happy right now.

I travel because I enjoy it and I want to achieve the goal. Why not save this trip for later and go somewhere else now? I only had to think about that for a couple of minutes to realize it was the best answer. The only question was, with less than two weeks to go, which direction would I head, and how could I arrange the trip?

After another few minutes of thinking, I realized that it would be fun to go to Southeast Asia. There are still a few countries over there I haven’t been to, and I was fairly confident that I could get there without a lot of expense or hassle.

To make this happen, I followed five steps as outlined below.

1. Cancel the Africa trip, get my miles back, and try to avoid any fees for doing so. (I knew I could get the miles back, but I didn’t want to pay for the cancellation.)

Result: Success. I got all 120k miles back, the taxes refunded, and they waived the $150 fee due to the State Department warning against travel to the region and my inability to get a visa.

2. Get a new flight to South Asia (exact arrival city to be based on flight prices)

Result: Success – I found a round-trip flight to Hong Kong for $980. Due to a recent mileage trade with a friend, I had a $500 AA gift card that I could apply, bringing my total cash expense down to $480.

3. Use two American Airlines eVIPs to upgrade for the long-haul flights (LAX-NRT and back)

Result: Success. This is one of the things that my Executive Platinum status definitely helps with. Compared to some Asian airlines, AA Business Class isn’t amazing, but it’s a lot better than being stuffed in the back of the plane for 11+ hours en route to Tokyo. AA cleared the upgrade in both directions.

4. Get a Star Alliance Awards trip to Dhaka, Bangladesh on Thai Airways or Singapore Airlines

Result: Partial success. It took me more than 90 minutes (no kidding) on the phone. In the end I got the SIN-DAC round-trip flight, but not the connection from Hong Kong or Bangkok that I also wanted. I had to sort out the second step separately using another award on OneWorld.

5. Use Discount Airlines and overland travel to get around to Cambodia, Laos, and anywhere else I had time to visit.

Result: Success, I think. I won’t fully know until I get there. I booked a flight on Air Asia from BKK to PNH ($80), and a friend I’m going to visit in Cambodia is checking on my onward trip to Laos. Getting back to Bangkok should be around $50 for the short flight or even less if I go overland.

The time investment for all of this planning was about five hours, including at least three on the phone with AA and United to sort out the Awards trips. Such is the life of a travel hacker – you have to be prepared to spend a lot of time talking to outsourced airline staff.

My hotels or guest houses in the region will all run about $20-30 a night, if not less. I checked on using Starwood and Hilton points, but since alternative lodging is so cheap, I don’t think it’s worth it for a night or two in a real hotel like I usually do.

When I type that out, I realize that it looks fairly complex, but I guess this goes to show how everything is relative. For me this is a fairly standard, overseas trip. With the gift card, I paid less than $500 for the round-trip flight to Asia, another $200 for the SIN-HKG connection, and 20,000 United miles for the flight to Bangladesh.

I’ll be gone for two weeks and the whole trip will top out at less than $1,500 even with two flights in Business Class thanks to my upgrades.

(By the way, I started writing all of this planning out in great detail because a lot of people still believe that my travel must be extraordinarily expensive. It really isn’t.)

This revised itinerary will allow me to travel to 4-5 countries, including Cambodia and Bangladesh for the first time. With luck and the hopeful reliability of Laos Airlines, I may also get up to Laos. Most of the travel should be reasonably comfortable, at least compared to an overland African journey between countries, and certainly a lot cheaper.

After getting to Asia, I’ll plan to base out of Bangkok, where Jolie and I spent a month way back in 2002 right before we moved to West Africa. Aside from airport stopovers, I haven’t really been back to Thailand since then.

Bangkok, here I come. Well, not quite – first there’s Sea-Tac, LAX, NRT, and a night sleeping on the floor in the Hong Kong airport, but we can swing that. I have no doubt it will be better than stressing out over whether Eritrea would come through at the last minute.

I know that not everyone appreciates reading all the details, but I hope this is interesting to at least a few of you. If you’re still reading at this point, send me some feedback! My next update will be from the road.

24 Ways to Travel for (Almost) Free

Free or Low-Cost Lodging Anywhere in the World