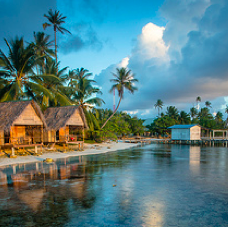 As I roamed the planet during my quest to visit every country, I had all sorts of difficulties—especially with visas—but finding a place to stay was surprisingly easy. There was always somewhere I could stay, often without spending a lot of money.

We’ve previously looked at how Frequent Flyer Miles can help you travel for free. But it’s also possible to stay for low-cost, nearly free, or even completely free all over the world.

If you’re just beginning to explore the possibilities of worldwide travel, fear not. There may be obstacles to overcome in your journey, but finding a place to stay shouldn’t be one of them.

My Travel Life: The Early Days

When I first started hitting the road, I was on a tight budget. Most of the time I stayed in hostels or guest houses. Sometimes I found a place after touching down in a new place, but after I officially began working on the goal to go everywhere, I was often visiting two or more countries in a week.

Since I had less time to plan on the ground, I began booking my rooms in advance, often using Hostels.com or just searching online for “[city name] + hostel” and then booking directly. This usually worked well, and if I didn’t love the place when I got there, well, it was just a night or two. If I really hated it, I could always go and stay somewhere else.

Side note: Thanks to Frequent Flyer Miles I was often flying Business Class, which led to the strange but frequent scenario of traveling in style before transferring to a room that cost $20 a night or less. Sometimes it’s good to mix it up.

Once in a while, things went wrong. In Ulaan Bataar, Mongolia, I had the unfortunate experience of being kicked out of my guesthouse room upon arrival. I couldn’t quite tell what was happening, but it seemed that another foreigner had arrived who was willing to pay more for the room. It was nearly midnight and I was put out on the street despite my protests. The situation was stressful, but eventually I found another place willing to take me in.

Thankfully, experiences like those were the exception. Most of the time, everything was fine with hostels. Even in Mongolia, when I woke up the next morning in my new place, I felt pleased that I had handled the situation without panicking. Confidence grows through experience, as I learned throughout my travels. Onwards to the next stop!

If I was on the road for a while, I would break up the stays in hostels and guest houses with a nice hotel. At that time I was a big fan of Priceline, where it was (and still is) easily possible to stay in great properties for much less money than booking directly.

One time in the early days I stayed at a very nice place in Budapest for $60 a night. $60 was more than a hostel, but a lot less than the $200+ that other guests were paying. I enjoyed exploring the city during the day and having a nice place to return to in the evening. This became a common pattern in the future as I visited more and more countries.

Tip: When using Priceline, be sure to chose the “Name Your Own Price” option, not just the general listings. Also, check out BetterBidding.com first, to learn what you should bid.

My Travel Life: The Later Days

As the years went on, I kept flying off to places like Mongolia, and I continued to stay in all sorts of places. But I also transitioned from traveling exclusively for my own enjoyment and pursuit of the goal to traveling for “work” commitments like book tours and speaking engagements.

Over the past few years I’ve been staying more often in hotels, and have grown attached to holding elite status with several major properties. These days, I have Diamond status with both Hyatt and Hilton, and Gold status with Starwood. Elite status is fun, both for the benefits (free upgrades, breakfast, lounge access, and more) and for the experience of working toward a goal over time.

Hotel chains are very good about status matching, where you can effectively gain “one status to rule them all,” at least for a time. Thanks to status matching I’ve also received Inner Circle status (the highest possible) with Kimpton hotels, in addition to various elite statuses at random chains.

What If You Have NO Money?

Staying in nice hotels for much less than other people pay is great, but what if you’re totally broke? All is not lost! Thanks to the Couchsurfing phenomenon, you can stay for free in more than 100 countries.

I’m not a Couchsurfer myself, but many people in our community are. They tell me that Couchsurfing isn’t only about staying for free, as great as that is. It’s also about connecting with people in their home cities, being part of a shared culture, and seeing aspects of a city that you might otherwise miss as a tourist.

All of this sounds great, but my introverted self usually prefers to make sure I have some alone time so I can work in a hotel. It may be perfect for you!

Tip: I’m not usually a fan of sleeping in dorms with a dozen strangers, but many hostels offer private rooms. These rooms cost more than dorm accommodation, but usually much less than a room at a hotel.

One more note: others in our community are big fans of AirBnB, the house-sharing service that allows individual owners (and sometimes renters … it’s confusing) to rent out their rooms or entire homes while the owners are away. I’m not an expert on the best use of AirBnB, but I’ve used the service a couple of times and had good experiences.

In the business side of AONC, we also offer a few paid resources for people who want to travel affordably. These resources developed out of frequent requests for more detailed information.

Note that we earn affiliate commission on some of the credit card referrals. You’re never obligated to use our links to apply, of course. Also, coming this fall: a complete rebranding of all travel resources! Fun things are in the works.

The bottom line is, there are plenty of options. If you don’t care about nice hotels, you can find no shortage of alternatives. When you’re ready to upgrade, that’s possible too.

You really can go anywhere! It’s not just me… many, many people are taking advantage of the opportunities for a connected world.

Where do you like to stay when you travel? Where is your next trip?