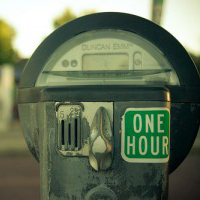 People sometimes ask if travel hacking is worth the hassle. Doesn’t it take away time you could spend on other projects? Is that time investment really worth it?

Truth be told, once in a while I wonder the same thing … I’ve got no shortage of opportunities to pursue these days, with a book to write, a summit to host, twenty countries a year to visit, etc.

But when I sit down and do some work on my travel accounts, I realize, yes, I’m pretty sure this is worth my time. After traveling around the world (Cambodia, East Timor, numerous transit stops, etc.) for the past few weeks, I returned home and spent some time getting my travel world in order.

Here’s what I did to catch up on things in one hour … and here are the results.

Registered for new 100,000 mile British Airways card. Last year, one of the biggest mileage bonuses of the century came around with this amazing offer—get 50,000 miles for a $95 fee, then another 50,000 miles for meeting a minimum spend of $2,500 in three months. Since a card that offers a 25,000 bonus for $90 is still a good deal, this one was fabulous. Alas, at the time I had too many Chase accounts, so I decided not to risk applying. I’ve since consolidated accounts and the card just returned… so I went for it.

Action: Completed this online application (not an affiliate link).

Upgraded Chase card from 25k miles to 50k miles. I recently applied for another Chase card with a limited-time 50,000 mile Continental bonus. I was approved for the card, but when I called to activate it, the agent told me the bonus was only 25,000 now. What? I told her I wanted the 50,000, and she said she would check. When I returned home, I had a letter waiting for me, advising me to call back if I wanted to change the incentive and get the extra 25,000 miles.

Opened a new Ameritrade account for 20,000 Starwood points. Ameritrade offers a number of bonuses for new accounts—I chose the one from Starwood, so I can earn SPG points. I’ll receive half of the points up front, and the other half after I keep the account open for nine months. (I’m not a stock-trader and won’t use the account for real investments, but since interest rates are so low, I’m not losing much by keeping the funds there for the rest of the year.)

Action: Opened an online account from Ameritrade and funded it with cash from a business checking account.

Registered with AmEx for a $200 AA credit. The AmEx Platinum card includes a number of unusual benefits, including a $200 credit on fees from your choice of airline every year. You have to designate a certain airline to receive the credits.

Extra trick: you can also use this to get $200 off annual lounge membership… if you want. The AmEx Platinum card already includes lounge access to a number of airlines (American, Delta, U.S. Airways), but if you want to buy United/Continental or Alaska access, you can register that as your carrier and then get $200 off what is usually a $400-500 purchase. Bonus!

Set up a BankDirect referral account. Last fall I had lots of funds coming in from World Domination Summit registration fees, and I needed a place to park them before all the associated expenses starting coming due. Since interest rates have been so low, I put them in a BankDirect account, which pays AA miles every month in addition to a small amount of interest. So far more than 50,000 miles have come in without my doing anything else. They also have a refer-a-friend feature, which gives both you and your friend an extra 1,000 miles when they open an account. I’ve never used this before, but I decided to give it a try.

Action: Corrected a technical issue in my BankDirect account—then mentioned the offer in the Travel Hacking Cartel and also on Twitter. I don’t normally promote any third-party offers that benefit me, but in this case it benefits both parties. If you live in the U.S. and would like a referral link yourself, let me know.

Registered for a new account with Alaska Airlines. Very simple—I completed an online form for a new Mileage Plan account and started it off with 500 bonus miles.

Action: Filled out the easy form.

Provided feedback to U.S. Airways. On a recent trip through Phoenix, I was wrongly denied access to the U.S. Airways lounge. Those bastards! Just kidding—the U.S. Airways lounge sucks, so it wasn’t that big of a deal. The only thing that was annoying was that the agent was so insistent that he knew the rules, when he clearly didn’t. I left and went to my gate, but resolved to send them a note on behalf of other travelers who don’t know the rules as well as I do.

Action: Wrote to U.S. Air from their feedback form, detailing the time and date of travel, along with proof that I should have been admitted to the lounge.

Provided feedback to Hilton. I stay in 30+ Hilton properties a year, and most of them are good experiences. But on a recent Hilton Garden Inn stay, they canceled the breakfast on account of a private function, and offered nothing in compensation for Diamond and Gold members (which they normally would). Most of my Hilton stays are paid, but this one was a 30,000 point redemption.

Action: Wrote to hhonors@hilton.com with the details, making sure to point out that while this was an awards stay, most of my Hilton visits are revenue stays.

Asked Starwood to provide SPG Platinum status. I’ve been meaning to do this for a couple of years, but the timing was never right. Most major hotel companies (and airlines too) will honor status match requests from guests interested in bringing over their business.

Action: Wrote to platinum.liaison@starwoodhotels.com to request the status.

Wrap-Up: All these actions took about one hour. And the results?

Almost everything worked out as expected—within a couple of days I had confirmation on most requests. The Starwood status match took a few days longer, but came through. When I logged into my account, the Platinum status was listed, and when I checked into the Westin hotel in Seoul the same week, I was upgraded, provided with Executive Lounge access that included free drinks and free breakfast, and given a card for free internet. Nice.

I was confirmed for the 50,000 British Airways miles from Chase, and I’ll be able to get the extra 50,000 after meeting the minimum spend.

I also received another letter from Chase, confirming my change from the 25,000 Continental bonus to the 50,000 one.

AmEx now listed American Airlines in my profile with them, which means I have up to $200 in fees I can charge on the card this year that will be credited by the next billing cycle.

So far I’ve completed about 35 BankDirect referrals, and 18 new accounts have been opened, for a net gain of 18,000 miles at this point. Apparently there is a limit of 20 referral bonuses, but this doesn’t seem to be enforced—we’ll see how it continues.

The Alaska Airlines miles posted immediately, and a few other small surveys and registrations posted over the next week. I’m still waiting for my Ameritrade bonus (20,000 SPG points), but I knew that would take a while. In short, all looks good.

Valuation and One Disappointment

Based on my mileage valuation, I’ll receive at least $3,400 in value from these activities over one hour. I could actually receive a lot more from the 100,000 British Airways miles, 50,000 Continental miles, 20,000 Starwood points, etc., but I try to be fairly conservative with valuation.

Only one activity didn’t pan out as I hoped. I had recently applied for a Capital One Venture Card, which provides a big 100,000 mileage match. Long story short, the Capital One miles aren’t nearly as good as regular airline miles, but they’d be worth at least $900 to me if I redeemed them for hotel gift certificates. Unfortunately, I was declined for the card.

Important lesson: when you’re declined for a card, you’re not always really declined—the system is automated, and if you call or write to ask for “reconsideration,” you’re often able to get approved after pleading your case to a real person. In my case I spoke with someone who was very helpful, but wasn’t able to approve me right away. I could have written a letter to get another look, but at this point I was ready to do something else.

You win some, you lose some—so I decided to move on. Richard Branson once said, “Business opportunities are like buses; there’s always another one coming.” That’s how travel hacking is too—if one thing doesn’t pan out, just move on.

Despite the one disappointment, I’m happy with the results of this “travel hacking power hour.” Lesson one: if you’re on the fence about travel hacking, here’s proof that it works. Most of the particular activities mentioned here are only available to U.S. residents, but plenty of others are valid all over the world.

Lesson two: if you work at it, you can get a lot accomplished in an hour!

How To Get What You Really Want