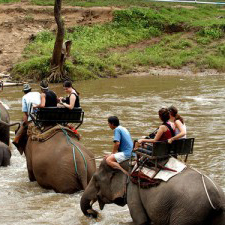 When I haven’t been contemplating the puzzle of how to do everything, I’ve been planning my final international trip of the year.

Yes, it’s only July, but come September, I hit the road to meet readers in 63 cities for the Unconventional Book Tour. Therefore, next month’s trip is my final chance to get in a couple of new countries before putting my Frequent Flyer cards back in the drawer for a long four months.

When outlining the trip a few weeks ago, I decided to try to hit up three countries: Algeria, Belarus, and Turkmenistan. All three of these are fairly difficult to get to or arrange, at least for U.S. citizens. Algeria doesn’t see a lot of tourists dropping in for a visit, and therefore has a 20-day waiting period before approving a visa request. Belarus I’ve tried to visit twice and was shut out both times; this will be attempt number three. Lastly, Turkmenistan requires a letter of invitation to be issued before you can even apply for a visa.

You can probably see the problem—the mix of these three countries was a bit too ambitious for one trip. Even with two passports, it just takes too long to send them off to embassies in Washington and “hurry up and wait” for everything to come through. In the meantime I have to confirm the flights and other logistics, so everything hangs by a thread as I wait to see how it’s going to go.

Anyway, I could see that something would need to be cut, and since the Turkmenistan thing was going to take the longest, I took it out. Alas, I’ll have to sort that one out later.

This trip was arranged with US Air miles booked on Lufthansa—just like the past couple of trips have been. Earlier this year I earned 800,000 US Air miles in one fell swoop, and because I don’t want to keep so many in one account, I’ve been rapidly going through them. I’m down to 300,000 now, but it’s been a fun ride—bringing me to Kazakhstan, Lithuania, Ukraine, Cape Verde, and back and forth across the Atlantic a couple of times.

Here’s the interesting part of this particular reservation:

But then I didn’t need to go to Turkmenistan anymore, and in fact, I’d have to take it out. The irony is that I would then have to pay more miles NOT to fly to Turkmenistan. Random, but true. So I started looking around, wondering if there is another South or Central Asian city I could pop into before heading home. And indeed, Thai Airways showed up with good availability on the flights from Frankfurt and Munich.

At first I wasn’t sure it would work—could I really get a free Star Alliance flight to Bangkok, all the way from Frankfurt, without ponying up more miles? Well, yes—I could. And that’s not all. I go to Bangkok several times a year, but I’ve never been to Chiang Mai in the north. So at first my plan was to buy my own budget airline ticket from Bangkok to Chiang Mai for $88, which is a good value.

But then! It got even better.

I realized that I could actually include Chiang Mai on the itinerary, and fly there and back on Thai Airways instead of Air Asia. Now I have lounge access on both sides, an $88+ savings (the Thai flights actually cost quite a bit more), and much better flight times. Another bonus!

The final itinerary, booked mostly in Lufthansa and Thai Airways First Class, ended up like this:

And here’s a basic USA–>Europe itinerary, which would cost more:

Voila! It wasn’t hard to choose between those.

To be fair, it’s not a 100% perfect itinerary—I have to go home via the East Coast instead of back to Seattle, Denver, or Vancouver—but all in all, it’s pretty good. Free trip to Thailand, free flight up to Chiang Mai and back, and I save 5,000 miles by taking a flight that would otherwise cost $5,000 or more.

To do this yourself, it’s good to become familiar with the mileage redemption charts of various airlines. This is where I first realized I could head to Thailand—or almost anywhere else in Asia—for less than just going to Europe. For example, the current US Airways one (what I used in this case) is over here.

Next year I’m planning a travel hacking membership site as part of my ongoing goal to democratize travel, but until then, I’m happy to share what I know here on the blog and through the Frequent Flyer Master updates. I hope it helps in your own pursuit of adventure.

Speaking of, if you’re out on the road yourself this summer, Happy Travels! And thanks for all the feedback (hundreds of comments and emails) on Monday’s post. As promised, I’ll have a follow-up next week. 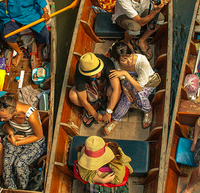