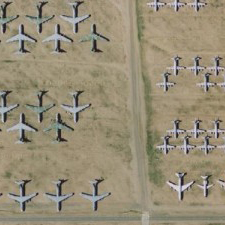 I’ve been stuck in one place (mostly) for the past three months, working on two projects that required focus: writing a book manuscript on unconventional entrepreneurs, and preparing to host the World Domination Summit this coming weekend.

During last year’s Annual Review, I knew these two projects would keep my feet to the ground for a while, so I had planned on doing the majority of my faraway travels during the second half of the year.

Well, the time is approaching: I’m about two-thirds through a first draft of the manuscript with a July-1 due date (much more work is ahead, but I’m on track), and the summit is coming up this weekend, with 500+ people coming to town from all over the place.

The rest of June will be spent writing and editing, but once July hits, I won’t waste any time: I’ve got to get back out on the road, and quickly. (If you’re new here, I’m trying to visit every country in the world before my 35th birthday in April 2013.)

Earlier this year I made it to five countries: first to East Timor and North Korea, and then an “Axis of Evil” trip to Afghanistan, Libya, and Iran. Those were all fairly challenging countries, but my overall count is behind. I needed to make it to a total of 20 new countries in 2011, and coming up on the halfway point, I still have 15 more to go.

This will be tough, but there’s no turning back now. Here’s the tentative, flexible plan:

Angola, Malawi, Madagascar – I just booked this trip for July, using US Airways miles (the old standard) to travel to Luanda via Newark and Frankfurt. From Luanda I’ll go to Johannesburg, the travel hub of the region. Basing out of JNB, I’ll go to Malawi for a few days, back to JNB, then over to Antananarivo, Madagascar for another few days. If all goes well, I may be able to tack on the Comoros as well, a tiny country in the Indian Ocean. (The Seychelles are also there, but it looks like it’s better to do that trip later.)

Undetermined Stopover – On the way down to Luanda and Jo’burg, I have a stopover in Frankfurt that I’d like to use to my advantage. The easiest thing to do would be to head for Monaco, one of two easy countries remaining in Europe (I’m saving Norway for the big finale in 2013), and I may indeed do that. But if my Angolan visa gets processed quickly in New York, I might consider another option. We’ll have to play this by ear, but either way I should get Monaco or a mystery country.

Rwanda, Burundi, maybe Congo – Having arrived in Africa on the awards ticket, I’ll keep the return segment on that ticket open for a while and return home on a new OneWorld Round-the-World ticket, beginning in JNB. Every year the pricing is advantageous in a few countries, and South Africa is one of them this time. (Another good bet is Jordan, where I began the last one, and also Israel. Ironically, Sudan is also a good deal right now, but it’s hard to get to.)

After being home for a while—I’ll be on a two-weeks-on, two-weeks-off schedule for several months—I’ll head back out to Africa, going the other direction this time. There will be a number of connecting flights, but the main segments on the RTW itinerary will look something like:

When I make it back to Africa, I plan to jump up to Rwanda and use that as a base for a while, going down to Burundi and (possibly) over to the Democratic Republic of the Congo on a gorilla safari. I’m not much of a tourist, but when something especially unique presents itself—a week in Bhutan, a detour to North Korea, for example—I’m happy to go on an escorted tour.

Before I get to Africa, though, I’m hoping (fingers crossed again) to take a quick trip to one of the “stan” countries on a detour from Seoul (ICN). So far I’ve only been to Kazakhstan and Afghanistan, so I still have four left, and they’re not always easy to get visas for.

This brings me to September and hopefully 5-7 new countries, which makes it manageable to get another 6-9 before the end of the year. I haven’t fully plotted those out yet, but I’m hoping to spend at least one extended trip in Micronesia and the South Pacific, which has a lot of missing countries for me, and I know I’ll be going to Cuba at some point as well.

As I’ve been saying in these updates for a year or so, the whole project is becoming more and more difficult as I’m down to the final fifty (now final 40!) countries. In many cases I pay more than $200 in visa application and processing fees just to be admitted to a single country, not counting anything related to the actual travel.

The common question new readers have who haven’t followed my travel quest is usually something like, “Is it worth it?”

Overall, I still feel it’s very much worth it. As I said, at this point there’s no going back—I don’t think I want to be the guy who’s visited “a lot of countries” or the guy who “almost went to every country in the world but then decided to take it easy.”

I’ve also said from the beginning that even though I love travel, part of this quest has nothing to do with travel itself but rather a personal goal. I’m not always good at explaining motivations for such a thing; I just feel like it’s something I’m supposed to do, so I do it.

Anyway, that’s the plan: one way or another, I need to make it to 15 new countries before the end of the year, just as soon as I finish a book manuscript and host our group this weekend.

It will come down to the wire, but these things usually do. Nothing worth doing is ever easy, so with this truth in mind I sit down to write my visa applications, look for award seats with Frequent Flyer miles, figure out how to get to Uzbekistan, and so on. This series of odd, but strangely rewarding activities will become a big source of how I spend of time—just as soon as July rolls around.

The truth is I can’t wait to be back on the road again. Give it time …