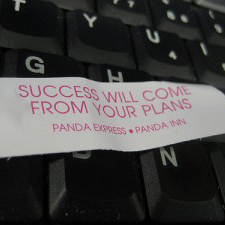 Now that the birthday is over, we’re officially heading into Year Three of World Domination.

A few people said they were surprised that everything has happened so quickly. I regularly receive notes that say “I’ve been reading your blog for years.” It feels like several years to me too—but we’ve only just now crossed the second year point.

Last year I wrote an entire manifesto about creating a writing career in less than a year. To learn more about how it all happened, that free manifesto is probably your best bet.

Just to be clear, though, here are a few more notes. Some of them are specific to blogging and the delightfully strange hybrid career I’ve cobbled together, but I’m pretty sure the principles apply in most creative work.

Set a schedule and never miss a post. My own streak is now 336 posts in a row without ever missing a scheduled day. When you have a streak going, it creates its own motivation because you don’t want to screw it up. As I said in 279 Days, this isn’t so much about the readership—most people would forgive me if I missed a day, and many wouldn’t even notice. Instead, it’s about SELF-DISCIPLINE. Simply put, I need to do this to function well. One mistake leads to another, and I want to keep the streak going.

Get up early and stay up late. If Seth Godin creates an online book launch party and wants the posts to go live at 6am EST (3am on the West Coast, where I live), then you set your alarm for 2:45am and make sure everything is working properly. Yes, it’s possible to queue the post in advance, but what if something goes wrong—don’t you want to make sure that everything is exactly right? How will you tell people about it on Twitter and write an Amazon review?

Since I work from anywhere, I usually just tell people to set the time for a meeting and I’ll accommodate it. Later on I can figure out how to make that work. That said, I did tell Seth: next time, let’s start the book party on PST instead of EST. 🙂

Write for both men and women. We recently did an analysis with a random sample of 3,000 names on the email list. Of the names that were easily identifiable, the split was 51/49—almost exactly even (the women won by two points). I liked that. Some blogs are naturally a better fit for either men or women, and that’s totally OK. But for me, I feel like I’m doing something right if it doesn’t trend too far in either direction.

Write for all ages. Wyman Crane is one of our most active commentors and he is 72 years old. You’ll see him in the comments because he often says something about teaching an old dog new tricks. Lorraine Wright, another regular, is 65. She has visited 37 countries and recently set a goal to make it to 100 countries.

We also have a big group of high school students who write in with stories of surviving the culture of mediocrity they encounter in the education system every day. “What if my parents aren’t supportive of my dreams?” they sometimes ask.

My Suggestion: first, tell them you’re dropping out of school, changing your gender, and running away to join the circus. Then say, “OK, I won’t do that, but I do have a couple of other ideas.” That usually works.

So the clear answer is, ignore the idea that you are supposed to break people down in groups based on irrelevant information like age or sex. In other words—don’t focus on demographics, focus on who people really are. “Women ages 25-29 with a college degree” may be the kind of group you think about if you are selling energy drinks, but if you’re trying to change the world, don’t discriminate. I’m honored that so many old, young, and in-between people care about what I’m up to.

Make creative work the most important thing you do. Everyone complains about being too busy, but everyone finds a way to do what’s truly important to them. If watching a TV show is important, you’ll find a way to do it. You’ll watch it online, get it through Netflix and catch up on the weekend, whatever. And that’s fine, because we all do what’s important to us—therefore, all you have to do is make your business/blog/project/etc. extremely important.

Build relationships (really). Yes, I know that the phrase building relationships is starting to go the way of other outdated language thanks to people who have misused or exploited it. Such a shame! I’m interested in actually doing it. I answer all email myself, I don’t accept paid consulting offers, and I maintain a regular correspondence with anyone who wants to write in.

In what became a famous-or-infamous practice (depending on who you ask), I wrote a quick personal note to each of the first 10,000 people who joined the email list in 2008 and early 2009. Yes, 10,000 emails! And often many more afterwards, because people would frequently write back and ask, “Is this an autoresponder?” (Answer: nope.)

If you think this practice is trivial or a waste of time, consider the fact that about 70% of the people who join the list will never leave. I think they’re worth a quick “Hi, thanks for reading.”

Whether you want to write 10,000 emails or not, the point is: the little things matter. Do them.

You want to drop keys everywhere you go, and always focus on why anyone else should care about what you do. Pick up the check when you take people to dinner. Help people without expecting anything in return. If you ask for help yourself and the answer is no, go back and say “No problem, and thank you for considering it.” From what I can tell, only about 20% of people do that.

These things are not really that complicated or difficult. If the people you know aren’t used to them, however, that just means you’ll be that much more special around them. Then maybe they’ll start following the same pattern, and then you’ll know you’re really empowering.

Last but Not Least

Let the record show that this a long journey and I haven’t got everything right yet. I have a lot to learn, and this year I find myself being challenged in all kinds of new ways I haven’t experienced before. The only secret, I think, is continuous improvement. Watch and see.

Finally, to be really successful at something usually requires you to work at for a long period of time. Just keep at it. Don’t quit like everyone else does. When one tactic doesn’t work, try something else.

I’m in it for the long-haul. How about you?