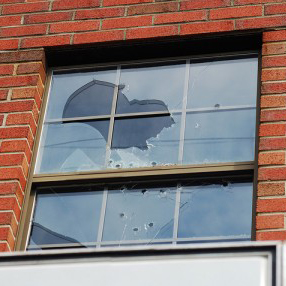 This is the follow-up to last week’s article on Product Launches. The series deals with the business side of blogging and social media – a topic that some will be interested in and others won’t.

This article will look at site comments, scheduling, organizational structure, and taking control over where your paycheck comes from. My goal is not to provide a comprehensive overview of everything related to business and blogging, but rather a close look at a few specific topics.

The analogy I’ll use is a variation of the broken windows theory. This sociological theory comes from the study of crime and deterrence. Roughly stated, it means that when a neighborhood window is broken, the property owner should fix it as quickly as possible. Otherwise, another window may be broken, then another, and pretty soon the whole neighborhood goes downhill.

In terms of crime and deterrence, the theory has sparked a lively debate among politicians, the justice sector, and academics. As we’ll consider it here, I think about broken windows in terms of issues that need to be addressed within an organization or community. Most organizations have some kind of public front that needs to be maintained. Continuing with the analogy, when one of their windows is broken, the organization can choose to ignore it or fix it.

Like other writers and entrepreneurs, I’m in the business of sharing information. Here are a few specific “windows” to be aware of when trying to build an online business or non-profit community.

Especially when you are first starting out, public feedback is emotionally addicting. “I love getting comments on my blog,” a number of people have told me. I love them too– but I’ve also learned that comments aren’t everything, and it also takes a lot of time and attention to monitor what people are saying.

Some blogs open the floodgates and let anyone have a say, even if what is said is harmful to other posters or people who just feel differently. If you have a blog of your own and ever get depressed after receiving a negative comment, you can cheer yourself up reading the comments on most posts at TechCrunch. It’s like going to the zoo, except there are no cages for the monkeys.

My belief is that a well-run blog is not a democracy. I have a “no asshole policy” on the site – in other words, I welcome constructive discussions, but I don’t welcome rudeness, name-calling, or just general troublemaking. Like the broken windows, once a popular blog opens the door to assholes, it’s hard to take back control.

Of course, the internet offers numerous other platforms where anyone can share their views. If someone wishes to, they can publish their opinions elsewhere. In reality, most assholes are not that motivated, so they will rarely take the time to set up a blog just to complain about someone else.

Lastly, I always remind new bloggers that the most readers almost never participate in the public comments section. On average, less than 1% of the readership will participate. The rest will happily read along without feeling the need to publicly respond. Therefore, bloggers have to be careful about focusing entirely on the response they receive in the comments section, since it’s not always representative of the whole community who reads.

If letting comments go to the dogs is one broken window, slacking off on the publishing schedule is an even bigger one. I’m a big fan of schedules, mostly because they promote consistency and self-discipline.

Over here, I have tried hard to keep the schedule sacred. In 2008 it was every Monday, Wednesday, and Friday, and in 2009 it is Monday and Thursday for main articles with a short update on Sunday. As I said in 279 Days, this rule is not so much for everyone who reads as it is for me. The problem is not that I feel so self-important that I think a lot of people would be upset if I slacked off. The problem is that I know myself, and I know if I missed a day, I’d be prone to missing another day, and before long the whole house could come crumbling down.

Therefore I keep the schedule: 547 days and counting so far without a broken window. I’m not saying it will never happen – I don’t post many articles in advance, and there is the real possibility that something could go wrong while I’m traveling and I find myself offline on a post day – but so far, so good.

One question that frequently comes up about scheduling is: “What do you do if you find yourself slacking off?” I think the best answer is to ask yourself if you’re doing the right thing. Are you still passionate about the work? Do you still derive personal meaning and help others when the work is actually done?

If your answer is yes, then you probably just need to improve your environment, say no to other things, and find a way to complete the work. In other words, you just need some self-imposed ass-kicking. If your answer is no, then you have a bigger broken window and therefore a bigger problem to address. You may need to make a bigger change or move on to something else. These things don’t usually get better on their own.

The organization structure of what I do is hard to define. I write for free and still make a good living. Most of the people who read don’t buy any of my products, but enough do that I’m doing just fine. It’s simultaneously a career, a non-profit community, and a small business. Next fall it will be a book, then a book tour, and then a few other things I have planned.

The upside of this hybrid structure is that I love what I do. I don’t believe in life / work balance and I want to love everything I do. I feel like I’m in at least the 90th percentile of happiness. If I could get to the 98th, that would be great, but I’m not too worried.

The downside of this kind of structure is that it can get messy, and without careful attention it can become a broken window. Overall, I don’t really mind messy. It suits my ADD brain and my disdain for a structure that is imposed by others. To assuage the messiness, however, it helps if the values and mission are clear.

Not being clear about values or intention is a (very big) broken window. Get them right and you can make plenty of other mistakes with only minor consequences. Get them wrong, and you’ll be hard-pressed to sustain your project over time.

Even though I thought about what I wanted to say for two years prior to beginning AONC, I’m glad I didn’t start it when I first began outlining. I think my values were less clear then, and I’m not sure I could have sustained the pace or managed the growth even just a couple of years earlier.

The last broken window is sneaky one. It reflects more of my philosophy on employment in general, and the principle is that I think working for someone else is riskier than working for yourself. People in traditional careers for big employers are sometimes afraid of going out on their own. Contrary to conventional wisdom, I believe the greater risk is in relying on someone else (a person or an organization) to take care of you.

As applied to online careers, I’m fortunate to have met a number of other successful authors and full-time bloggers over the past year, and I’ve also met a great many more who aspire to be more successful than they are– perhaps a nice way to say that things are not working out as well as they’d like.

As I’ve said before, success is entirely relative. However you define it, there is no single secret to success and I still believe that hard work over a long period of time is the best predictor, but one other element that I think is critical is to take ownership of the process.

Many forms of online work rely on other parties for success. By owning the process and building my own business, I’m able to control many more aspects of the money-making side of things. I am not dependent on an employer, Google, advertisers, sponsors, or any other single person (or group of people). All of these relationships seem to me like windows that are breakable. They might remain stable, but since you don’t have ownership of them, you can’t be sure.

It doesn’t mean that I have no dependence at all – but having it spread around, I have a lot less dependence than almost anyone I know who has not acquired enough wealth to not worry about making a living. Generally speaking, wherever you can take ownership over the process of how you get paid, it’s in your best interest to do so.

You Are an Entrepreneur

The implications for the bloggers and online entrepreneurs who have read this far should be fairly clear. Let’s say, though, that you’ve made it to the bottom and you don’t define your career in business terms. Personally, I think that everyone who takes responsibility for their own life is effectively an entrepreneur. Congratulations! You are the CEO of a corporation of one — or a sole proprietor if you prefer.

Perhaps you don’t have to deal with hundreds of blog comments or maintaining a regular schedule of posts, but chances are, you have your own windows to look after. Take a close look at what you do and ask yourself if anything is problematic or unsettled.

Broken windows are traditionally thought of as problems that need to be fixed, but they can also be seen as opportunities for growth as long as you recognize them in enough time to patch things up. Where are your broken windows?

How to Get Paid for What You Love