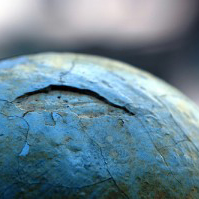 This is a more advanced look at how I’ve been able to build the AONC site into a diverse community over the past year.

I’ve already written 79 pages about this subject, so this follow-up is mostly for the 50,000 people who have read that report so far. What I want to do in this article is focus on using multiple spheres of influence to create widespread, perceived authority.

One of the most important parts of developing a following is answering the “reason why” question and proving yourself to be an authority on at least one thing other people care passionately about.

From the very beginning, it’s important to understand that almost all authority is perceived, not objective. What this means is that if people think you’re smart or interesting, voila, you’re smart or interesting. In 279 Days I wrote about this in the strategy I called “Be Bigger than you Really Are” – also known as “Fake it ’till you make it.” A big part of building influence is essentially creating the perceived authority.

Usual disclaimers: I’m not an expert (no one is) – I’ve made many mistakes along the way. Use what helps you and ignore the rest.

To kick things off, take a look at this image (click to enlarge):

This image represents the largest traffic sources that regularly bring readers and visitors into the AONC site. I haven’t broken them all out into percentages or anything quantitative, mostly because I don’t worry about things like that. I’m more interested in the qualitative characteristic of having perceived authority in several areas that each help me get more readers.

THE PRINCIPLE BEHIND MULTIPLE SPHERES OF INFLUENCE

Just as you don’t have to live your life the way other people expect you to, you also don’t have to choose one specific topic to develop expertise in. As long as you can a) be somewhat interesting, and b) work hard over a sustained period of time, you can develop the following you need to achieve almost any goal.

THE BIG PICTURE (for this site)

I write about nonconformity in Life, Work, and Travel – a topic that is admittedly quite broad, and thus it draws readers from a variety of backgrounds. I have a USP – see the great Sonia Simone for more on how that works – for each primary area of my interest.

Life – Within Life, people come to the site to read about challenging authority, finding alternative ways to set and accomplish goals, doing great things for yourself while also helping others, and standing up to vampires and other small-minded people.

The USP in this subject is what I mentioned earlier (and continue to mention frequently, because it’s important): You don’t have to live your life the way other people expect you to. In the image above I defined it as, “Be yourself, because everyone else is already taken” – one of my favorite quotes from Oscar Wilde.

Work – Within Work, people come to the site to read about unconventional business ideas, the products, and general advice on breaking out of traditional employment. I connect with entrepreneurs, solopreneurs, executives, and people who aspire to those roles.

The USP in this subject is that, for better or worse, I have been self-employed for my whole adult life. Whenever I get endorsements from business bloggers (especially someone like Seth – who is essentially a one-man Business Week, except much more interesting), I get a large group of new business-minded readers who want to know more about how that works.

Travel – Within Travel, people come to the site for the Journey to Every Country, the Frequent Flyer Challenge, general travel hacking info, trip reports, and sometimes just to connect with another world traveler.

Just as with work, when it comes to travel I’m much more of a generalist than a specialist. I don’t claim to be the most widely-traveled person in the world, or a photojournalist who spends months taking pictures of villagers. Other people can do that much better than me.

Diversifying my perceived authority has led to a diversification of traffic sources. Every day new readers come to the site from a variety of referrals. The largest ones are listed and explained below.

Blogs – By far my biggest source of traffic, readers, and good vibes comes from other bloggers who tell their own communities about the site. If you want to help, the best thing you can do is link me up. If my site was never indexed in Google, I’d still all of the traffic I needed thanks to other blogs and sites who link to me.

World Domination Manifesto – I wrote the Brief Guide to World Domination to be flagship content – something that would draw readers in and help me define my stance as a professional authority-challenger. The manifesto has been online since June 2008, but every day I still get emails from people who have discovered it for the first time. I love that!

279 Days Manifesto – The follow-up to World Domination, this report has brought in even more readers – which is ironic, since I wrote it for a more limited target market than the first one.

Twitter – The only major social network I regularly use – although feel free to add me on LinkedIn as well. I explained recently how I use Twitter – basically the goal is to add value, connect with people, deliver helpful information, and make other people look good. Say hi anytime – I’m @chrisguillebeau.

Newspaper Column – I recently started writing a travel column for the Oregonian, the largest newspaper in Oregon. My column is in the printed paper about once a month, with a few blog posts in the Travel section of their site in between. It doesn’t really bring a huge amount of traffic, but being a newspaper columnist produces a certain amount of perceived authority, and I’m hoping to syndicate the column to a broader audience in the future.

Huffington Post – Speaking of syndication, the ever-insightful Gretchen Rubin told me recently, “Ubiquity is the new exclusivity” – meaning that the more places you can be with the same message, the better. I thought that advice was brilliant – and it’s basically the approach I used when HuffPost asked me to start writing for them.

The gig is unpaid, and I was concerned about writing original content for them when I’m supposed to be writing a book (in addition to everything else), so I was happy when they told me I could cross-post some of the travel articles I publish here on AONC. They win because their readers get access to content they didn’t have before – presumably it’s good content! – and I win from the broader exposure of the HuffPost name.

(In fact, I have another, similar deal coming up this week – I had to quickly edit this article, since I originally included the source by mistake. Oops… hopefully they won’t notice!)

Organic – I don’t get a huge amount of organic (search engine) traffic, but it’s slowly growing. The beauty of legacy content is that, over time, a few of the better articles receive good indexing in Google, and new readers every day through the archives.

Some of the Google results I see are really quite funny. Last month three people arrived when searching for “ass kicking of a lifetime.” Another person came in by searching for “take over the world while being nice.” Lots of people drop in for variations on terms like frequent flyer miles, round-the-world plane tickets, world domination, working for yourself, jobs that travel the world, and so on.

HOW TO BALANCE MULTIPLE INTERESTS

When I first started writing, one of my big concerns was about defining a core audience with the broad topics I wanted to write about. Would people “get” it? Would entrepreneurs care about international travel? Would people living in cubicle nation want to hear what I had to say about working for yourself?

The answer turned out to be a qualified yes.

I had to learn to mix it up, preempt objections, and accept that not every article relates to each reader, but those things were to be expected. It also helped when I learned to provide more details and background – how much it costs when I travel, all the details of conducting your own annual review, and so on. I was worried about writing longer posts (this one is more than 2,000 words), but it turned out that the details are what most of my readership really wanted.

At this point, I’ll say that I honestly don’t worry about it that much. For the most part, I write about whatever I feel like as long as I think it is interesting and centered on helping others. After one year of writing, I have a strong archive of legacy content on multiple subjects. If I head out on a long trip and write about travel for a while and someone gets tired of it, there is plenty of other content they can consume if they want.

They can also just stop reading, and I know that I can’t please all of the people all of the time. The other day someone unsubscribed because “the articles are really long!” I told him he was right – if you want to read an online comic strip, there are plenty of those out there. I’m trying to attract a more thoughtful crowd.

This model is unconventional because the traditional wisdom on building an online presence (or small business) is that you should start small and expand outwards.

If your passion or business is golf, you’re supposed to write only about golf. According to this theory, no one cares what golfers think about tennis, let alone politics, the state of the world, or anything related to your personal life.

Naturally, I think this belief is wrong… or if not wrong, it’s clearly old-school.

The model I used to build out this project is unconventional, but it’s no longer unusual. About 50% of the people I wrote about in 26 People I Highly Respect are following a similar model.

At some point I’ll post a more detailed update on the reception to 279 Days, including my response to some of the limited criticisms of the report. One of the criticisms I disagree with is the idea that as more people start blogging (or whatever medium you choose), there will be less “followers” and the value of any one person’s project will become diluted.

I may be wrong, but I believe the opposite: the field is wide open. One person’s success does not cause another person to fail. If anything, there’s never been a better time to begin an unconventional career.

Be yourself, because everyone else is already taken.

Help others and do what you want.

That sounds good to me… how about you?

If you’re still reading after 2,064 words, here are a couple of questions:

Feel free to share stories, tips, or other questions in the comments.

(By the way, thanks for your patience with the delayed comment posting over the past couple of weeks while I was traveling. I’m home this week and can interact more quickly now.)

How to Process 2,021 Emails in One Day
© 2023 The Art of Non-Conformity | Site by Bytegrow Technologies