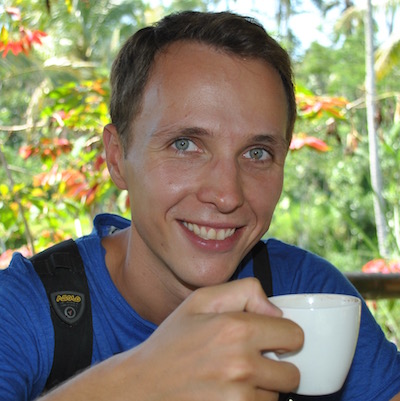 Matthew Bailey left the opportunities of the booming oil town that he grew up in to live a more authentic life. Ten years later, and with over 100 bucket items checked off, a new, bolder Matthew is still dreaming up more audacious quests to accomplish.

I’m a small town guy who grew up in Northern Alberta. Although it seemed normal to me at the time, the town I grew up in is anything but – it’s an oil town where almost anyone can make six figures a year, regardless of education or age.

Instead of cashing in, I escaped.

The oil & gas lifestyle never really appealed to me, and I didn’t find anyone who worked in it to be inspiring. It was a culture of excess where buying big houses, big trucks, and bigger boats was the thing to do. I got sick of hearing the same conversation over and over.

Worse, I began to see my future. And it wasn’t good. I didn’t want to stay in the same town and work the same job for 40 years.

I moved to a new city and re-invented myself. I began trying new things, became inspired, and I said yes to anything that piqued my interest. I became a new me.

Turns out, new me had a long list of things I wanted to do. Things that I could barely imagine my old self doing. I wanted to travel the world, scuba dive with sharks, jump out of planes, and stand next to bubbling lava. I wanted to write a book, act in a movie, speak in front of 100+ people, and eat fried tarantulas.

And I did it. All of it. In less than ten years, I had accomplished all 100 things on my bucket list.

Funding the quests: from penny-pincher to entrepreneur

Initially, I funded almost everything by working and saving as much as I could. I stopped spending extra money, cut back on partying as much, and used the extra money I had left over to do the things I really wanted to do. This method allowed me to save up for road trips around North America and hiking the Inca Trail to Machu Picchu.

Eventually, as I grew bolder, I also started some online businesses and travel blogs which gave me additional spending money and some free adventures (scuba diving in the Galapagos!).

It wasn’t always an easy road. There were a lot of low points where I wasn’t sure what I was doing. I would see other people building their careers, working regular jobs, and making lots of money doing so. There were many times along the way where I questioned whether I made the right choice.

In hindsight, it was silly to compare my unconventional lifestyle to someone else’s traditional one, but the pressure to conform and live a “normal” life made me question my own choices many times along the way.

Giving a talk to over 400 people

After moving to a new city and accomplishing my dreams one by one, I grew more confident and added new things to my list.

At this point, I’ve completed a lot of my travel goals, so I feel that it’s time to move on to other types of adventures. Granted, I’ve still included about 50 travel adventures on my newest 100 item bucket list, like scuba diving every continent (two left!) and visiting every UNESCO World Heritage Site, but these days I’m focusing a lot more of my attention on creative and business pursuits as well as personal growth. Learning Spanish, taking a 10-day meditation course, and launching an apparel company that raises money for wildlife are all on this new list.

These quests keep me dreaming. I do them because I want to keep exploring life’s possibilities. I want to challenge myself and others to grow in different ways.

I want to inspire people to live limitless lives. 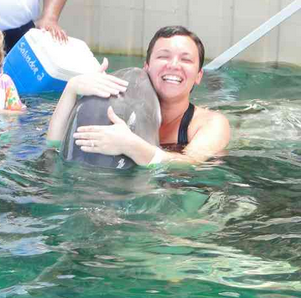 “Getting rejected led to starting my own business”: One Man’s Journey to Year-Round Summer Camp

Five Weeks with Syrian Refugees: One Man’s Quest to Promote Cultural Intelligence
© 2023 The Art of Non-Conformity | Site by Bytegrow Technologies