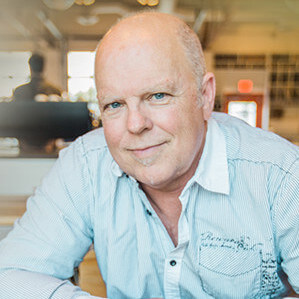 Having lived abroad both growing up and as an adult, David Durham has dedicated his life to promoting cultural curiosity. Most recently his adventures took him to Greece, where he and his wife, Becky, observed the refugee crisis in Europe first hand. Though they were already veteran travelers, they were profoundly impacted by this experience.

I am a lover of culture. I write, speak, and podcast about crossing cultural bridges with a goal of promoting cultural curiosity. I teach French, Spanish, and Global Studies; my wife teaches World Geography. Between the two of us, our students have little hope of remaining indifferent to international cultures!

Ever since a series of trips back and forth to Australia, where I lived with my family for five years as a child, I have been infected with an insatiable curiosity about other cultures and languages. I spent 12 years in Europe and continue to travel there on a regular basis which includes leading cultural tours with my wife, Becky.

Since returning to the US in the mid-90’s, we have observed a polarization taking place in American culture. We believe this is mostly based in cultural ignorance, so I’m on a mission to promote the opposite: cultural intelligence.

The November 13, 2015 attacks in Paris struck a nerve in us, as we have a lot of friends there and the city is close to our hearts. Then the attack in Brussels happened, where we also lived for a short time. We started hearing more and more about the refugee crisis turning Europe on its ear, and the anti-immigrant rhetoric in the U.S. fueled our desire to observe the situation first hand and document what we experienced.

Jumping into the Story

When the opportunity came to volunteer with a nonprofit working with the refugees gathered in Athens, we jumped at the chance. What resulted was a five-week odyssey that put not one, but multiple faces on the refugee situation — and we came back changed. We developed relationships with Syrians, Afghans, Iraqis, and Kurds who were intelligent, kind, and generous despite having lost everything.

I befriended a young Syrian man named Hosam, who badly wanted to learn English, as he and his new wife, Noor, were hoping to find a new life in Ireland. One night, he and his best friend, a Palestinian refugee named Manhal, invited our entire team of 15 to dinner at Manhal’s apartment. As Ramadan had just begun, we sat on the balcony, chatted, and waited for the sun to go down at which time our hosts brought out a Middle Eastern feast for us.

Refugees inviting Americans to dinner. Sharing what little they had.

Another Syrian family, in the refugee camp at the Athenian port of Pyraeus, put down an extra blanket on the concrete parking lot that served as their front doorstep and invited us to sit and share their dinner with us. There were warm smiles all around as we reluctantly accepted their invitation and sat down to a meal of rice and vegetables in a sauce. The husband and wife were a middle-aged couple whom I can only describe as noble. Their children were beautiful, respectful, and gracious.

I came away from this with my notions of hospitality completely shaken and reshaped.

The refugees we met were not beggars. They were sophisticated, professional, family-loving human beings who had been uprooted from their homes. Many had spent their entire life savings just to get out with their lives.

They were real people with names and faces that will be forever etched in our memories, and we realized that we could no longer remain indifferent to their plight.

We came back from our experiences with the refugees impacted once again by the senselessness of war. We don’t have any easy answers or solutions to the Syrian war or any of the other conflicts in the Middle East.

What we do have is the renewed conviction that, as long as there are people fleeing the horrors of war, wherever they are, their daily needs are just as real as yours and mine.

So we’re doing what we can, from our little corner of the world. We’re developing and teaching a new high school course called Global Studies. Its goal, like the rest of my professional life, is to promote cultural intelligence. Along with introducing our students to the world, geographically speaking, we are exposing them to important contemporary issues. The worldwide refugee crisis is one of those, along with human trafficking, race relations, and so many others.

We have a renewed interest in the refugees who end up in our own city of Nashville, and hopefully we can inspire our students to take an interest as well.

Teaching by Example: A Father’s Take on Adventure and Giving Back
© 2023 The Art of Non-Conformity | Site by Bytegrow Technologies