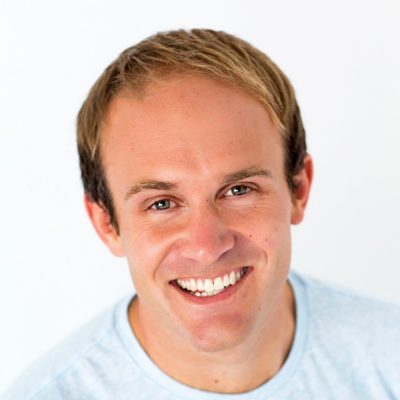 Blake Boles is one of the lucky ones: at a young age he knew exactly what made him happy. With that clarity of vision, he created Unschool Adventures, a company that designs and runs multi-week experiences for teens and young adults—and created his own dream job in the process.

When I was 11 I went away to summer camp for the first time: two weeks of total bliss in the High Sierras of California. The instructors I met there were mythical, almost god-like figures with hard skills (like how to roll a kayak), soft skills (like comforting a homesick camper), and an exuberance I’d never encountered before in my young life.

I decided immediately that I wanted to become like them.

In college I went back to work for that same camp for two summers that changed my life. I encountered a lot of “firsts” while I was there—first love, first time almost getting fired, first time feeling completely confident and competent. More than anything else I walked away feeling that I’d really made an impact on a group young people: the same impact that I’d felt as a child there.

No other work had felt so meaningful. So I decided to try to do summer camp year-round.

That led me, immediately after graduating college, into the world of “outdoor education” in which I took groups of 5th graders hiking, taught science, and facilitated ropes courses. Outdoor education happened in the spring and fall seasons, so with summer camp, I could patch together entire years of working with kids in the outdoors.

Getting rejected led to starting my own business.

In 2008, wanting to go beyond outdoor education, I applied to work for a gap year company leading a semester-long trip for college-aged students to South America. I met all the qualifications, nailed the interviews, and was anxiously awaiting the “You’re Hired!” email I was sure was headed my way. In the meantime I was getting increasingly excited at the prospect of leading a group of young people abroad.

Then the “Sorry, you were not one of the two people we hired out of 150 applicants” email arrived and I pouted for a few days. After I was done pouting, I had a wild idea to write the director the gap year company back and say “I really want to do this anyway… would you help me start my own trip-leading company?” To my surprise and delight he said yes, and helped me think through the planning and back-end logistics of my first 6-week teen trip to Argentina, which happened successfully later that year.

To this day, turning that “no” into “yes” feels like one of my biggest victories and smartest gambles.

So now I design and run immersive, multi-week programs for teenagers and college-aged people through my company Unschool Adventures. I offer 2-3 unique programs a year, ranging in length from 4-12 weeks.

Earlier this year I led 11 teens on a 6-week adventure on New Zealand’s South Island that involved camping, city exploration, and implementation of positive psychology research (gratitude journaling, meditation, etc), to see how little we need to be happy. Last year in Colorado a friend and I co-directed an “Adventure Semester” in which 23 teens broke into small groups each day and attempted a different, weird, real-world adventure challenge and then documented their attempt in a video, blog, and oral presentation.

Next year I’m taking a group of college-aged young people to Buenos Aires for three months to experience independent living in group apartments in a foreign capital city. It’s essentially a college semester abroad for kids who aren’t going to college.

Every job has its drawbacks

Most people assume that taking care of groups of teenagers for weeks at a time must be incredibly stressful. Sure, teens sometimes do typically stupid teen stuff, but otherwise it’s pretty easy. I credit this to my insistence that we only accept teenagers who really want to be on our programs. Their parents are not allowed to sign them up. They have to fill out the application and convince us in a 30-minute Skype interview that they really want to join. This cuts down on our potential pool but also cuts out 90% of the potential issues that come with leading youth groups.

Any time that you take other people’s kids away for long periods of time, you’re not just managing the kids, you’re managing the parents too. The parents I work with are overwhelmingly smart, kind, and the opposite of the over-protective “helicopter parents”—they’ve given their children ample trust and freedom since they were young. But occasionally I do need to have a difficult conversation with a parent. This is the hardest part of my job, and thankfully such encounters are few and far between.

I love my work because I get to both design trips and participate in them. I love the young adults with whom I get to work: independent, self-directed, and meaning-driven people like myself. I relish playing the role of mentor and facilitator by thrusting kids into real-world situations that demand courage, ingenuity, and social skills.

I have total creative control over my work; I get to choose my clients; I work with co-leaders whom I admire and trust. And these trips pay the bills of my modest lifestyle.

How could it get any better?

How to See the World as a Full-Time House Sitter

“Freedom is the ability to travel”: Creating Multiple Sources of Income as a Millennial
© 2023 The Art of Non-Conformity | Site by Bytegrow Technologies