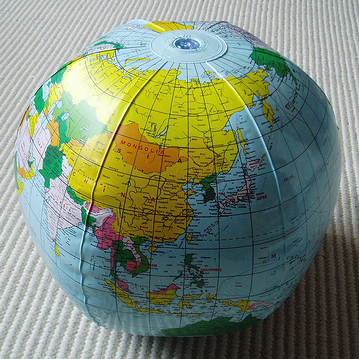 I left Norway and began a slow journey home via the Pacific. I’m writing these notes from a Cathay Pacific flight to Tokyo, where I’ll transfer on to Los Angeles after staying one night.

After the end of the world in Oslo, a lot of people have been asking:

How does it feel to visit every country in the world?

How does it feel? It feels good. I’m the same person as I was last week, and I haven’t been equipped with magical powers or instant sagacity—but it’s fun to know that it all worked out.

It also feels a lot less bittersweet than I initially expected. For a long time I was worried about a big letdown, and perhaps that will still be an issue at some point, but for the moment I’m feeling good. I’m ready for new things!

In the early days I remember thinking, Can I really do this?

And then I remember thinking, I can really do this!

I remember racking up countries left and right in the beginning. On one trip I visited six countries. Bam! On other trips I would get “bonus countries” by hopping an overland border somewhere and staying the night.

I remember walking on the beach in Colombo, Sri Lanka—my 100th country—in the middle of the night.

Then I remember a more deliberate process. I tried to combine trips as much as possible, getting two or more countries over a two-week period, but it didn’t always work. The day would come, I realized, when I’d be flying around the world just for a single country.

For the past 15 countries I’ve maintained a note on my computer where I counted them down one-by-one. The note was originally titled “15 Remaining Countries!” and every time I went to a new one, I adjusted the file downward. Over the past year I’ve felt a surge of energy every time I made it to a new place and renamed the file.

Finally I got to “3 Remaining Countries!” last December, and in many ways the quest was finished then. After much effort I had obtained a visa for Guinea Bissau. It was a tiring trip, complete with back-to-back overnight flights combined with spending another night on the floor of Dakar airport in Senegal—an experience that was about as comfortable as it sounds.

But I was there! In Guinea Bissau! And that one was done, leaving only Tuvalu and Norway. Being in the middle of nowhere, the tiny island nation of Tuvalu was also tough to get to. Because we were planning the final country around my 35th birthday in April (and a lot of people were coming along!) I could have waited a month or two before working on Tuvalu.

But I felt antsy about waiting. I just wanted to BE THERE. In addition to the fact that a lot of things could go wrong with Tuvalu, I liked the idea of having some space between that visit, #192 of 193, and the big finale in Norway a few months later. On December 30th I boarded a flight from Los Angeles to Fiji, losing New Year’s Eve due to the International Dateline and arriving in the metropolis tiny hamlet of Tuvalu for the next three days.

I came home, did a bit more touring for The $100 Startup, and started writing a new book. And then the day came when we all flew to Norway.

I’m writing a book about quests and I’ve long wondered what happens at the end of a long journey. If you work at something for ten years, say, and finally arrive at your destination, what do you do next?

From what I’ve learned thus far, the answer depends both on who you are and on the nature of the quest. Some people don’t deal with the side effects of achievement very well.

But I’ll make it. I think the difference is if your goal was tied up entirely on the result or outcome, or if it’s something you knew would be its own springboard to another goal.

My new goal, which I won’t be unveiling for a while, will also involve travel, writing, and entrepreneurship—the three main areas I’ve focused on with AONC for the past five years. But it will be a different kind of goal than visiting every country on my own.

I won’t be going to outer space, at least not anytime soon. I won’t be revisiting 193 countries in reverse order, or anything similar to that. It will be a new project that combines the best of the old with what I’ve learned over the past five years of writing.

How does it feel at the end? Perhaps it’s no different from any other big goal. You plan and work and strive and then one day… that’s it.

How to Go Everywhere

The Sense of Loss in a Big Adventure