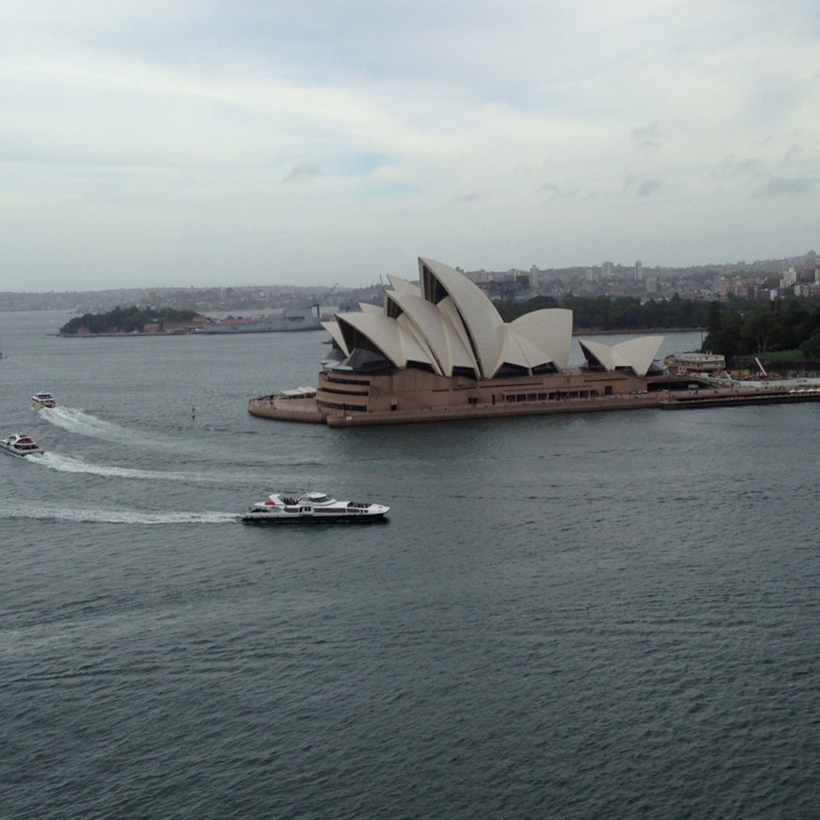 On a day like last Saturday, you might find yourself wrapping up a whirlwind series of events in a fun East Asian country.

You might be feeling the effects of little sleep and the need to be extroverted as you present yourself in various new and unfamiliar events. Hosting a talk show on Buddhist TV, for example, or perhaps being pelted by questions in the form of paper airplanes at a less formal event for readers.

It will all have been wonderful, no doubt, but you’ll also be in need of a change.

Then you might board a short Korean Airlines flight to Shanghai, China, a city you’ve never before visited … and promptly fall asleep upon arrival at your layover hotel. The next day you find yourself still tired despite the first full night’s sleep in a week, even feeling hungover from drinking all of one glass of white wine the night before.

So then you do the only reasonable thing—with nothing on the following week’s schedule, you fly ten hours south to the world’s greatest city, where you take a four-day sabbatical and catch up on your life.

You first discovered the real-life Narnia after getting stranded at the Brisbane airport a while back. You suddenly had nowhere to go and decided, hey, let’s pop down to Sydney. Then you came and were suitably amazed, having a great stay and vowing to return as often as you could.

On a walking tour you learned how the British sent their convicts to Sydney long ago, where upon landing at Circular Quay the convicts were astounded to see the Sydney Opera House looming in the distance, the gorgeous Harbor Bridge extending across the sky, and a 2-for-1 happy hour that had just started.

Another rumor has it that all visitors appreciate their first viewing of said Opera House with an expletive: “OMG! Look at that building! It’s the [redacted] Opera House!”

The convicts were supposedly being punished by a harsh English criminal justice system, but once they had their first taste of a crisp Australian riesling, they broke into laughter at the stupidity of their jailors. Who says crime doesn’t pay?

These convicts were undoubtedly lodged at the Park Hyatt, a strong contender on your list of top five favorite hotels in the world. Upon following their lead and checking in for a three-night stay, you might discover your room is assigned a butler, available night and day, who can even fetch you a yoga mat. (True, the yoga mat might not actually show up in your room until you place multiple reminder calls, this being a somewhat absent-minded butler … but it’s the thought that counts.)

Whether convict or modern traveler, your Hyatt Diamond status qualifies you for free breakfast at this hotel, where you sign a bill for everything you order and the balance is automagically reduced to $0.00 upon checkout. And yes, one morning you might even spend a full two hours sitting at this breakfast, looking out at the water, enjoying multiple flat whites (like a latte, except better) and bottomless bottles of San Pellegrino sparkling water, and signing a one-person breakfast bill for $54 (!) yet not paying a dime.

You might spend much of the time sitting on your balcony with 100 pages of draft manuscript notes in hand, marking up page after page and writing down everything else that you still need to write. It’s pleasant work. You have a long way to go, but you feel like you’re on track.

You might hop on a ferry at random and see where it leads. If you do, here’s a free lesson: “North Sydney High Street” does not mean an actual shopping street like it does in London or anywhere else. Instead, it means “Random place in the middle of nowhere.” Those Aussies are such jokers.

In the evening you might venture to the Gin Garden, a hideaway you discovered on your first visit to the Kingdom of Narnia two years ago. Afterwards, you might consider plans for the next hour or two. Is the night over? Time to head back to the room? Of course not! You’re in Sydney, Australia! Better make it count.

So you wander on, discovering another fun bar high atop Customs House near the ferry terminal. This bar is more upscale, perhaps one of the few spots in the land of paradise to require a dress code, and upon entering you are asked if you have a reservation. You apply your Jedi mind skills to this exchange.

The barman shows you to a table. It’s Australia! They can’t say no!

Sure, there are a few challenges. The internet as it’s known in the rest of the world has yet to arrive in paradise. Rumor is it will get better with some sort of new pipeline, but until then it’s slow going, mate.

Two weeks from now, when their browser finally refreshes this post, the good folks who live in Australia can chime in with their experiences of going on holiday to some foreign locale and discovering that other people can actually watch videos online. Sometimes they can even transfer large files to someone else in a foreign land! Amazing.

And yes, it’s a long-ass way to get to Australia from pretty much everywhere else except New Zealand. But that’s the point! They’re keeping everyone out! If everyone could come here all the time, it would be like California: nice enough to visit, sure, but hardly the world’s most amazing place.

The next day you might plan to wake up early for a long run, but settle instead for another long breakfast, with french toast this time. Why not?

But then you’ll run at lunchtime, a bit more than five miles around the Botanical Gardens and across the Harbour Bridge in another ritual you’ve followed on every previous trip. Whoa. Those views.

This hour-long excursion might produce the slight effects of sunburn and dehydration, but it is oh-so -worth-it.

The french toast comes with bananas and berries and chocolate.

The sauvignon blanc is on special at the Orient Hotel.

One day the emails you’ve queued up in your outbox will actually send.

Everyone asks you how you’re going, in a very Australian way. Eventually you learn not to say “Oh, I’m not going anywhere. I’ve just arrived.”

Another sun sets in Sydney Harbour, all too soon, and it comes time to leave. On the eve of departure you might even try to extend your stay a day longer, flying ten hours back to Asia and then ten more hours to Los Angeles without a layover, all for the chance to sleep in Sydney one more time.

But that would be too much awesomeness, something that even Qantas doesn’t allow. Alas, there are no available award seats on the following day’s flight to Shanghai, so you dutifully pack your bags while looking out at the [redacted] Opera House once more.

The next morning you leave the Park Hyatt. After using points from your Chase Ultimate Rewards account to book the room for three nights, your total bill comes to a whopping $19. These charges consist of $14 from a glass of Ardbeg single-malt at the bar and $5 from a tip you left after drinking all those coffees and sparkling water the other day at the two-hour breakfast.

You ride the train back to the airport and work in the lounge before boarding Qantas Business Class to Pudong International Airport.

Such is the life of the Australian convict and the modern traveling author.

Who could ever complain? That’s right, only the ungrateful.

What’s to complain about? That’s right, nothing at all.

Thanks, Australia. I’ll be back as soon as I can.

Q&AA: How to Plan for Your First Big Trip

How to Go Everywhere

The Sense of Loss in a Big Adventure