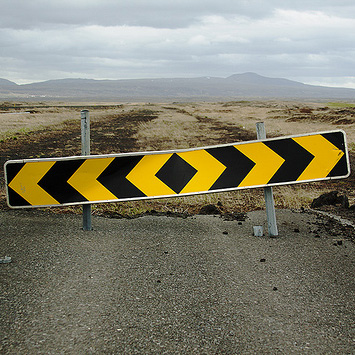 After a long delay, my new project Adventure Capital will be launching tomorrow in beta. A lot of people have asked for more info on it, and a few people have also asked, “What took so long?”

First Things First—What Is It?

Adventure Capital is a 12-month intensive course on small business, designed to help new and struggling entrepreneurs increase income. We’ll achieve that goal by addressing two problems: many aspiring business owners don’t make the right products and services, and many of them don’t connect with the right people.

But more on that later. We have a diverse crowd here at AONC, and not everyone cares about entrepreneurship. This will be a paid product, so if you don’t need to increase income or it’s just not for you, skip this one and I’ll see you back on Thursday.

For everyone else, I thought I’d share a bit more about the struggle I experienced in putting together this project. Specifically, there were three problems that each presented their own challenge.

I first announced Adventure Capital way, way back in August of last year. This was either a mistake or I was just … really early. 🙂

I thought I’d be able to finish my part of things in time, but clearly I wasn’t. As the proposed launch date in the fall drew closer, I felt overwhelmed. I was in the final stages of visiting my last countries, and it was stressful to get the visas and arrange the flights.

At the same time I was continuing to support The $100 Startup, both in the U.S. and around the world as different translations came out. I went to India, I went to Korea, and we planned a new mini-tour to twelve U.S. cities.

I had also begun to gather the research for my next book, a time-consuming (though enjoyable) process. Lastly, our team was going through some changes as we planned for WDS 2013, where we’ll be welcoming a much larger group to Portland than we’ve ever had before.

Perhaps the problem seems obvious to you, but it wasn’t to me: it was just a matter of too many big things at once.

We pushed back the plans for Adventure Capital to early 2013. It felt good and was the right decision.

Early 2013 came around and I had made it to Guinea Bissau and Tuvalu. I had completed the India tour. All was on track… except it wasn’t.

What was wrong with me? I couldn’t figure it out for a while.

After thinking it through, I realized I just needed to work from a different head space. I felt mildly depressed last fall even as I was on the go, and I realized I needed to see this project as part of the solution, not part of the problem.

I finally just made myself get started again, drafting the content for twelve lengthy modules and responding to the (very overdue! sorry, design partners!) emails. Once I was able to make the shift, I had a completely different frame of mind. I was excited about this! It could be good!

When I looked at the design being built and the backend development being crafted, I realized once again that this was fun.

When I thought about the people who would be helped through the course, I became motivated once again.

You can make yourself do some things even when they’re not fun. But when it feels fun, it’s a lot easier.

Solution to problem #2: reframe and push through.

This problem was unexpected and tough to resolve, but all’s well that ends well.

I had one final problem, and thankfully this one was easier. We were almost done with the project—the first few months of coursework, the user process, the frontend design, and all the stuff under the hood—but this was less than one week before getting on a flight for Norway and the end of the world.

What to do? Do we try to push forward or do we defer another two weeks?

While I was pondering the decision, my genius developer Nicky Hajal wrote this in an email:

I think it is possible to have things ready on Monday but part of me thinks this might be a great opportunity to experience a new type of launch where everything is finished more than 24 hours before people flood in.

The truth is that we’ve been working on this for so long, another couple weeks seems like a small trade-off compared to what we’d learn from the feeling of a less stressful launch.

When I read Nicky’s note I instantly knew that he was right. We didn’t push it and try to get it done before Norway… we waited two more weeks until today.

Solution to problem #3: defer (for a brief, specific period of time).

Because we had already put off the launch so long, I was reluctant to do so again—but deferring for a specific time period and for a good reason made sense once I accepted it.

I wanted to share this long backstory for anyone who struggles with finishing an important project. I haven’t actually said much about the course, though!

Since The $100 Startup came out, I’ve done more than 45 reader events on four continents so far (three more to come!). By far the biggest request I hear is “This is great, but we need help implementing the lessons and applying the case studies to our business.”

Adventure Capital is a response to that need. Through an in-depth series of monthly course modules, we’ll help participants improve their products and services while reaching more people. The goal is to increase income and sustainability for any small business, whether new or existing.

You can see a few screenshots below (click to enlarge):

For those who are interested in starting or improving a business, Adventure Capital will go live tomorrow morning, 9am PST / 12pm EST. We’ll have the signup process open for three days before closing it for at least three weeks to work with the initial group.

Those who enroll in the beta phase will receive two bonuses, including a free month of tuition and an extended video Q&A session with me after the first month’s module is complete.

Anyway, more on that tomorrow for those who are interested.

Have you struggled with finishing something? What are you trying to finish right now?